Herbert P. Schmeck played a pivotal role in the development of amusement parks, amusement devices, and roller coasters of the early 20th Century. Schmeck, a pioneering coaster designer and leader of the Philadelphia Toboggan Company (PTC), helped usher in new ideas and designs of roller coasters that drove continual excitement and innovation.

The history of roller coasters and amusement parks cannot be told without discussing Philadelphia Toboggan Company (now known as Philadelphia Toboggan Coasters. The company is the longest running amusement company and has had a litany of coaster designers, including: John Miller; Frederick Church; John Allen; and Schmeck. PTC and its designers are responsible for many roller coaster safety standards and new designs for wooden coasters.

Herbert P. Schmeck: The forgotten Legacy is a book  written by Torrence Jenkins, Jr., and published as the second volume of the ACE Designer Series. This book is important for many reasons, including the documentation of Schmeck coasters as well as looking into his influence on the industry. ACE, the American Coaster Enthusiasts, is a nonprofit group of over 6,500 ride enthusiasts that have annual conventions and produce research material (like the fantastic RollerCoaster! magazine). (I’m also a card-carrying member of ACE!)

About The Forgotten Legacy Book

Torrance, a noted ACE researcher and historian, worked closely with PTC to uncover and document the rich history of Robert P. Schmeck and the Philadelphia Toboggan Company. The book exists as a catalog of Schmeck’s work told in time; not just chronologically, but also through the eyes of amusement parks throughout the United States and the cultural changes in society. The map of Schmeck coasters in the beginning of the book tells you that this is going to cover a lot of distance.

The history weaved by Torrence takes us from the inklings of Schmeck’s career after the turn of the century through two world wars, the Great Depression, and the beginnings of the baby boom. We follow Schmeck as he works as a ride attendant at Paragon Park in Nantasket Beach, Massachusetts, to the president of PTC. In between, we read about the 84 coasters designed by Schmeck. And it’s just not a list of coasters; Torrance shares behind-the-scenes information and photographs.

When I state that there are a lot of photographs, it’s hard to explain the actual number. Each page has 4-5 photos of coasters, with a majority from the PTC archives. I can’t imagine how much fun Torrance had perusing the PTC archives looking for photos and other documents.

This book is a true blessing for coaster and amusement park fans. There have always been holes in the known and published research; Robert P. Schmeck: The Forgotten Legacy fills in so many gaps and offer sorting points for future researchers.

Seeing all of these images of long-gone coasters is eye-opening and sad. The number of Herbert P. Schmeck coasters that were destroyed by fire, storms, the economy, and just changing times, is disturbing. I can’t imagine the joy those long-gone coasters brought to the crowds that visited their local amusement parks.

Why Should I Buy This Roller Coaster History Book?

Well, for starters, buying the book shows the need and desire to learn more about amusement parks. This opens up the future for other researchers and historians to write books. This also moves organizations, like ACE, to back and fund future titles. 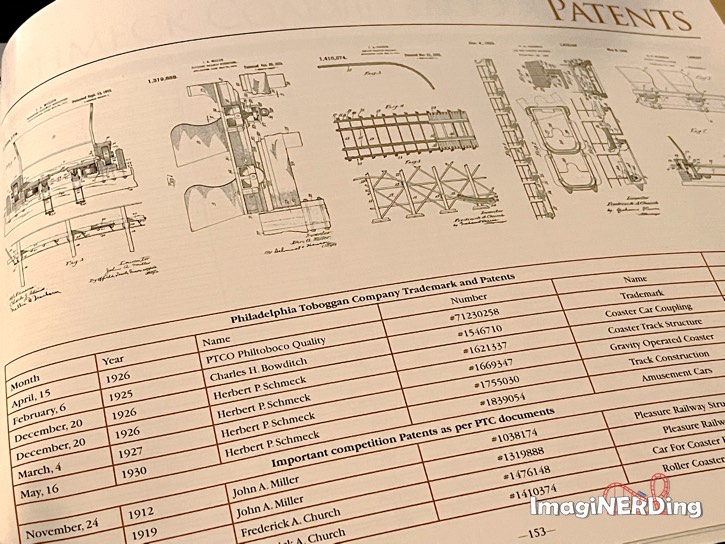 Torrance’s book fills a gap in the research about Robert Schmeck and PTC. A listing of all patents and coasters are provided, as well as a bibliography.

Another great title that discusses the history of PTC is the brilliant Seeking Redemption: The Real Story of Skee-Ball!

All-in-all, the history of PTC is one of the strongest and most long-running in the amusement industry. The number of coasters and amusement devices is astounding, as well as the support that PTC still provides today.

Herbert P. Schmeck: The Forgotten Legacy is a book that coaster fans and researchers need to add to their collection. The narrative can feel a little long in the tooth simply because there is so much to cover. But Torrance did a fantastic job of putting the information together in a a format that leads us down this amazing history. Again, the tremendous number of photos of long-gone and still-standing coasters will thrill coaster fans. 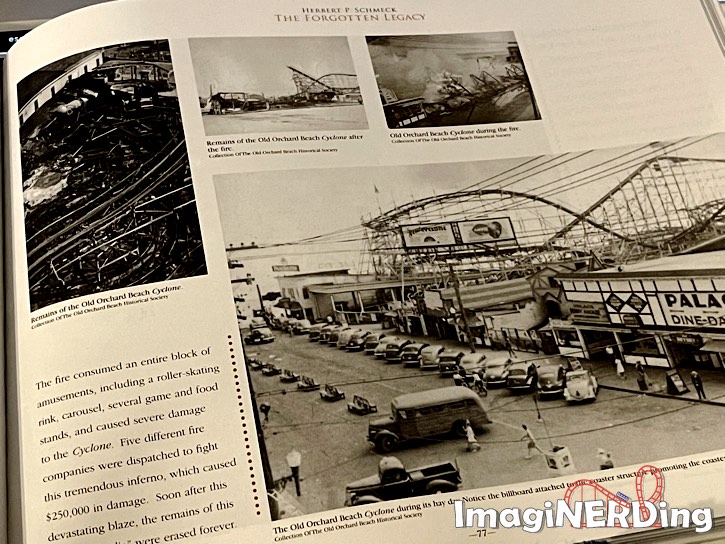 Have You Ridden Any Herbert P. Schmeck coasters? Which is your favorite?

Buy the book directly from ACE to save money and support the organization!

FTC Disclosure:  This post contains affiliate links, which means that ImagiNERDing receives a percentage of sales purchased through links on this site. Thank you for your support!