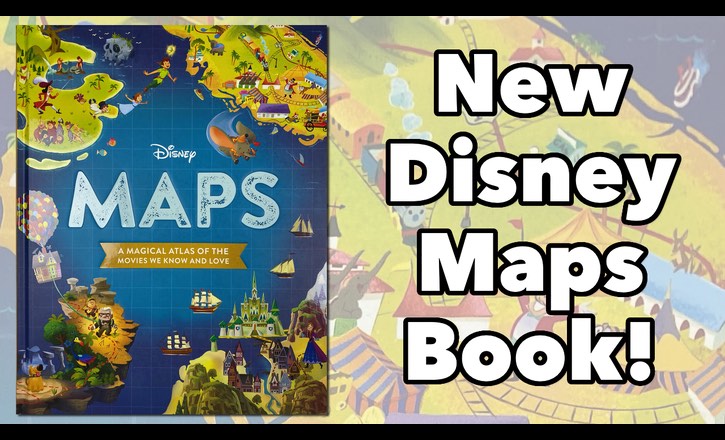 Disney Maps: a Magical Atlas of the Movies We Know and Love

The new Disney book release Disney Maps: a Magical Atlas of the Movies We Know and Love celebrates the Disney and Pixar animated feature films that we know and love, hence the title.

Is this book that features maps of the primary locations from the animated feature films worth adding to your collection?

There are 24 different films covered in this book. The films span the entire history of the Disney Company from its first animated feature film to the most recent blockbusters.

Obviously, they couldn’t cover every film ever released, but they do offer the most popular ones. Interestingly enough, but there aren’t any page numbers, but it won’t be difficult to navigate this title, at all.

Who is Disney Maps: a Magical Atlas of the Movies We Know and Love For?

Fans oft animated films that are included will enjoy the title. It really feels like the book is meant for the tween and younger set to enjoy with siblings or parents. It’s also a great title for anyone that wants to let their imagination explore the realms of classic and modern Disney and Pixar films.

What do you think about this new Disney book release?

Looking for the book on Disney Park maps?

Or a video on different park maps of the Magic Kingdom?