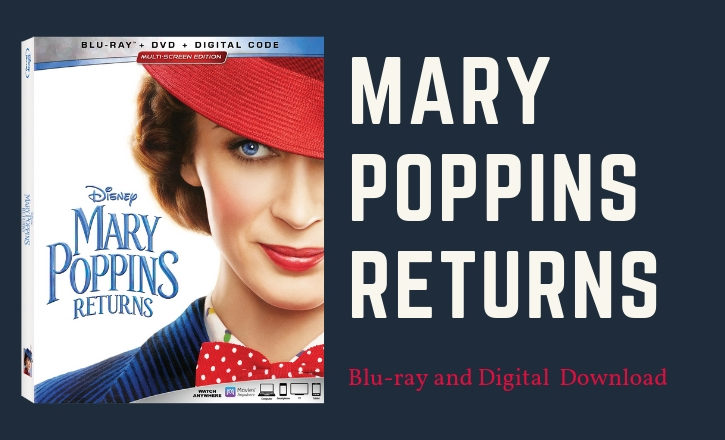 What did you think about Mary Poppins Returns when it was in the theater? Did it hold up to the iconic Mary Poppins film?

Disney has just released the home video version with a lot of extras, including a digital release-only item.

Check out the release information below. 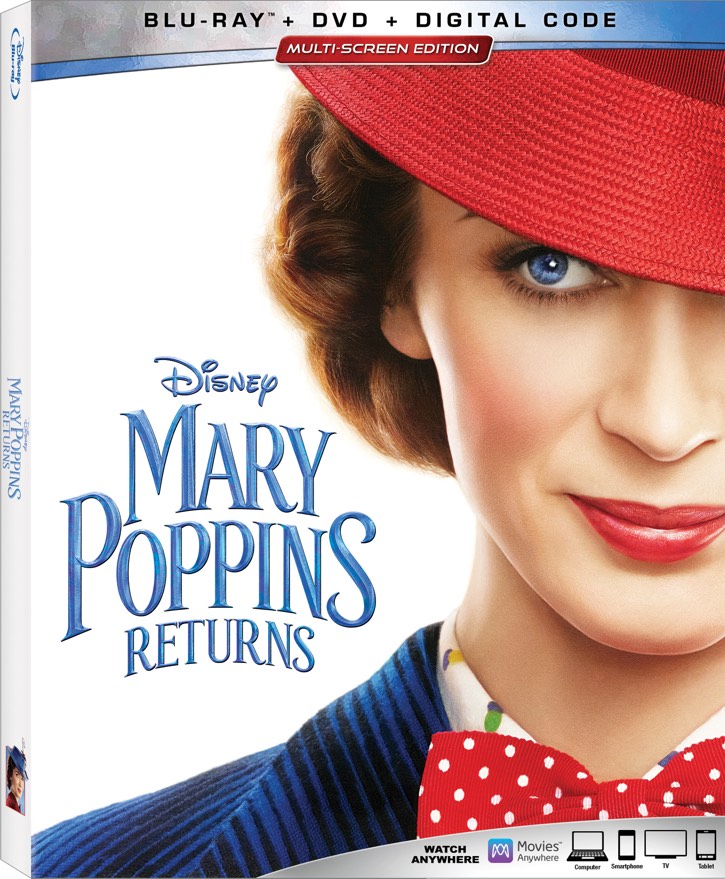 I have to admit that the filmed charmed me so much more after the first viewing. The music was good, but didn’t seem to reach the legendary feel of the Sherman Brothers. Several songs captured my attention and a few have grown on me after multiple listens to the soundtrack. Several iconic scenes, like the Royal Doulton Music Hall, were inspirational and covered by the bonus features. Overall, you’re going to buy this blu-ray/digital download simply for the film. The bonus features are good, but nothing stands out as a must have.

I still highly recommend that you check out Practically Poppins in Every Way by Jeff Kurtti!