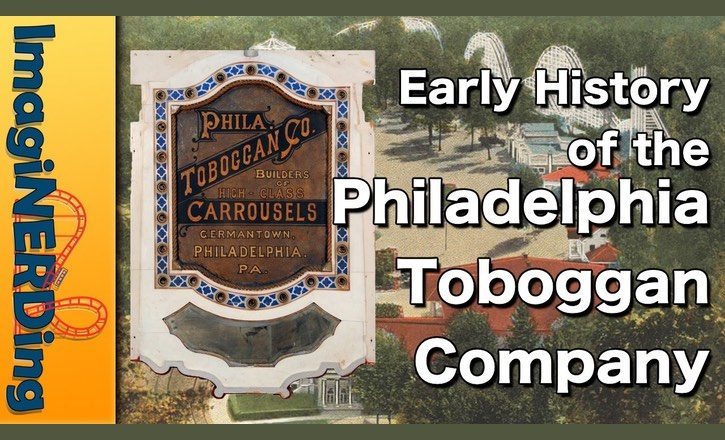 Most coaster fans know the Philadelphia Toboggan Coasters (PTC) Company from the amazing roller coasters and roller coaster designers. PTC is also famous for the carousels and carousel carriages they did during the first decades of the twentieth century. The Prince Charming Regal Carrousel at the Magic Kingdom was built in 1917 and is known as PTC #46, the Liberty Carousel. It was originally installed in Belle Isle Park, in Detroit, Michigan. Disney purchased it in 1967 when it was at Olympic Park in New Jersey. The Carousel at Carowinds is PTC #67 and the carousel at Six Flags over Georgia is PTC # 17. Check out this link to see other historic PTC carousels and where they are operating.

But, PTC has done so much more than just make coasters and carousels. You won’t believe what PTC has done!

Part of what I wanted to do with the PTC history video was explore the changes in the company and the important people in the coaster and amusement park industry. PTC revolutionized the amusement industry in so many ways that it’s hard to quantify the changes in a linear fashion. Plus, when I started researching the history of North Carolina amusement parks, I discovered things about PTC that surprised me. Hopefully you will enjoy the video and learn a few things, as well.

What is your favorite Philadelphia Toboggan Coaster (PTC) coaster or carousel?