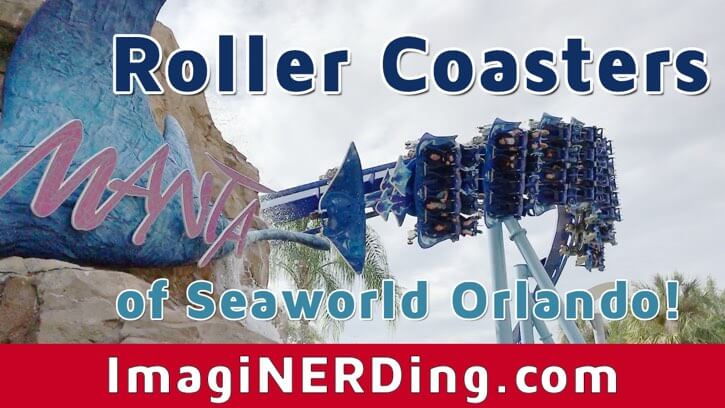 Kraken is the oldest of the SeaWorld roller coasters. It opened in 2000 and is a floorless Bolliger & Mabillard (B&M) steel coaster. I found it to be a great ride, especially with the inversions. Even though Kraken has over-the-shoulder restraints, there wasn’t a lot of head-bashing. I still like Dominator at Kings Dominion a bit better, but Kraken was still in great shape after sixteen years.

Manta is a steel-flying coaster by B&M that opened in 2009. It’s similar to Superman: Ultimate Flight at Six Flags Over Georgia, but I found Manta to be a much better ride, overall. It had a quicker load time and wasn’t quite as powerful as Superman (in a good way). I also felt more like I was flying while riding Manta than on Superman; Manta afforded me the opportunity to be able to pay more attention to the ride and enjoy it. Make sure to check out the wonderful queue, which is very different from most coasters and worth a visit on its own. 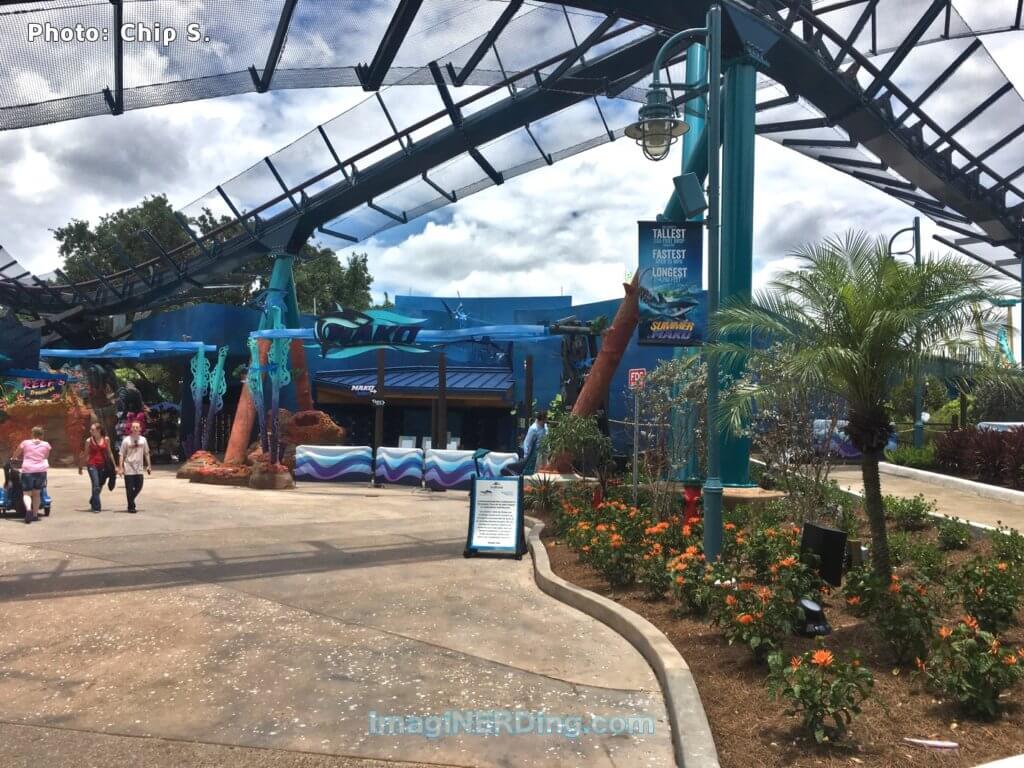 What an amazing roller coaster. Mako opened in 2016 and is a steel hypercoaster designed by B&M. It is the longest, fastest and tallest roller coaster in Central Florida. There is so much ejector time (also known as airtime) on Mako that it’s a complete rush. Also, make sure to pay attention to the music in the entrance plaza and in the queue. Don’t forget to look up before you board for a special surprise.

What’s Your Favorite of the SeaWorld Roller Coasters?