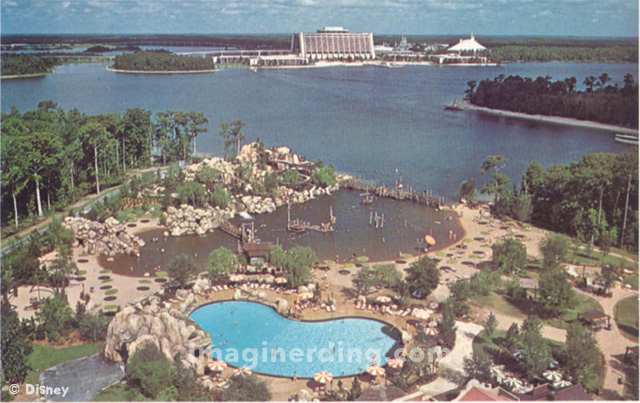 A River Country Splash Party Employee Preview? I ran across an article in a May, 1976 Eyes and Ears cast member newsletter that discussed the cast preview for the soon-to-be-opened River Country. River Country opened on June 20, 1976, a full year before Wet ‘n Wild would open. There’s some discussion about the world’s first water park with pundits on both sides arguing the case. Still, when River Country opened, there was nothing like it.

You can find a lot of information about the abandoned water park, including photos from people who have creeped into the property, but getting deeper into the workings of the water park can be difficult. What I found most incredible from the 1976 article was the menu that was being served and the prices. It’s rare to see items like this; in the 1970s, food wasn’t considered an important option by Disney, figuring that most people wanted hot dogs and burgers. Getting a complete history of River Country, or any other Disney theme park, is going to be impossible without a look at the shops and restaurants, as well.

In order to test out the facility (what we now call a soft opening), Disney invited employees and their immediate families to enjoy the water park for six days from Saturday, May 29 to Thursday, June 3 (1976). It’s interestingly, historically, to see how Disney marketed the park internally as well as how they celebrated! Let’s take a look at the River Country Splash Party Employee Preview!

Every decision should be this hard to make. You walk out over the dark green water, the heavy wooden planks have a sturdy feel under your bare feet. All around you is the sound of swift water boiling over waterfalls and deep rapids, and children screaming with excitement and delight. At the end of the bridge you begin your ascent, the steps carved out of a rocky mountainside take you steeply upward. At the top you pause a moment to look around, a good vantage point towering more than two stories above the swirling water and splashing people below.

In front of you, a young man . . . encouraged by slaps on the back from friends … climbs into the launching pool of a giant trough-shaped slide, somewhat reminiscent of an 1800’s log flume. With a war whoop, he’s off … roaring downward like an Olympic bobsled, arms out thrust for balance in the banked curves, legs locked together. With a whoosh, he’s shot from the bottom of the flume out into the lake below, immediately surfacing with a giant shout for joy.

And behind you, a little girl carefully lays her rubber raft on a swirling pool of water. She climbs aboard and is caught in a twisting whirlpool. On three sides are sheer rock walls, the fourth is curtained in a waterfall. She begins turning in the pool’s center until the current takes hold. And like a bobber being pulled from below by a fish, she moves toward the waterfall. In a flash, she disappears through face. Gaining speed, she finds herself moving through a deep fissure in the mountain, moments later breaking back into sunlight on the other side of the rocky hill. The water is becoming  more violent, she tightens her grip the raft. Everywhere are whirlpools now, her raft spins from pool to pool. The rushing water picks up speed, below it is turning into full-fledged white water rapids. And then she’s in the middle, bouncing from one side of the river to the other. With one last roar, she is thrust out of the river’s mouth onto the lagoon below.

Like we said . . . every decision should be this hard to make!

Our whole new world within a  “World” has been billed as “greatest water adventure” anywhere … and when you see it, we think you’ll agree! In fact, your opportunity to not only see River Country but experience it firsthand is only a week away! That’s right, beginning next Saturday, River Country will be opened for cast members and their immediate families only, during a special six day period. 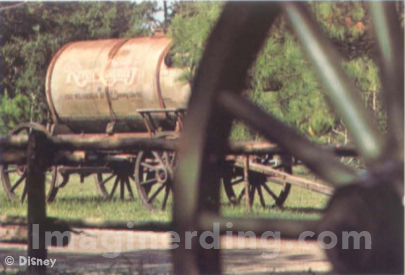 At Pop’s Place, adjacent to the lagoon, you can get the following items at specially reduced employee prices during the party:

So pick your day, get out the ol’ bathing suit, and we’ll see you next week at River Country . . . “ya’llcome, hear!”

I do wonder how many of these items were actually served at Pop’s Place over the years.

Do you have any memories of the River Country Splash Party Employee Preview? 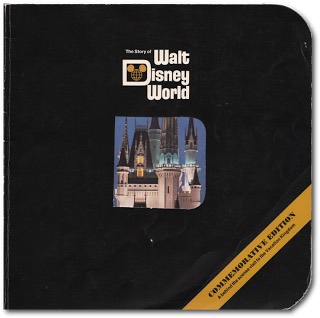