Two Guys Named Joe: Master Animation Storytellers Joe Grant & Joe Ranft is a book that sat on my shelf unopened for almost four years, and I can’t figure out why. John Canemaker, animation historian extraordinaire has written a wonderful book about two Joes (Ranft and Grant) that influenced the Disney Studios and Pixar very heavily. I’ve covered books by Canemaker before, including Before the Animation Begins and The Art & Flair of Mary Blair. His book on Walt Disney’s Nine Old Men is a must have for fans of Disney animation. 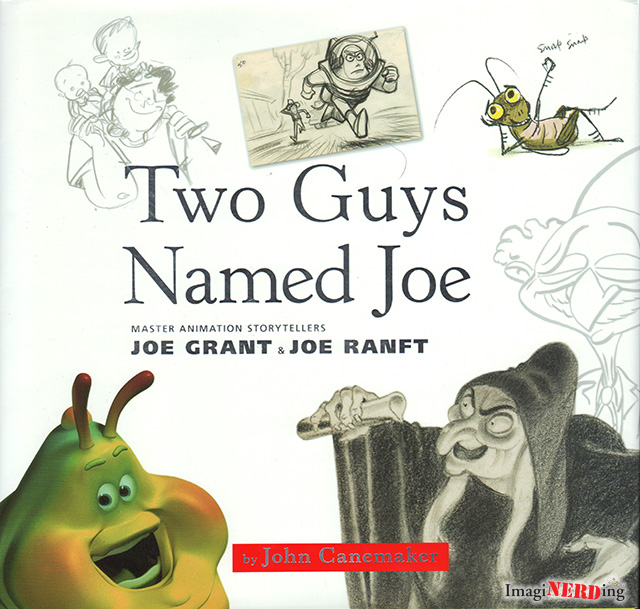 Canemaker is an animation historian, animator and professor of film animation at New York University’s Tisch School of the Arts. He is a very successful author with several books (three just about Disney animation) and 100’s of essays and articles to his name. Mr. Canemaker is also noted for several award-winning short films.

This book is divided between Ranft and Grant, with Ranft profiled in the first part of the book. 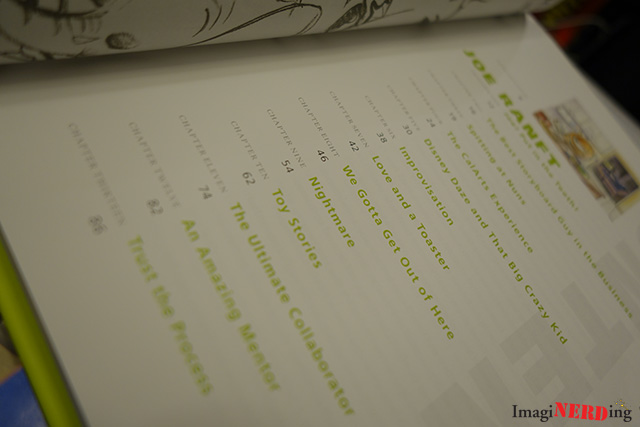 We learn a lot about Ranft’s early life and how he was a very large and precocious child, always seeming to get in trouble. Eventually, he channeled his energy and passion into magic tricks and drawing, but not before being ousted from a school or two. We follow Ranft through his stint at CalArts, Disney and eventually Pixar.

A lot of Ranft’s talents were in storyboarding and being able to get a lot of emotion and story into the storyboard process. He was part of the Pixar Brain Trust and was instrumental in the Toy Story films and most of the early Pixar films. Ranft was also a champion of Tim Burton and worked on many of his first projects.

You realize that Ranft was the heart of Pixar and his relationship with John Lasetter was incredibly special for both men. They each brought out the best in each of them. Ranft passed away in 2005 and his memorial service is the final part of that section and is very touching. 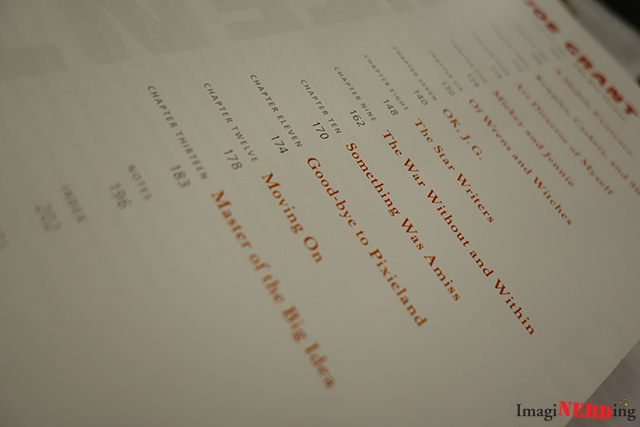 The section on Joe Grant is a bit different, considering he was a storyboard artists that found his career bookended, basically, by two separate careers at Disney. He started as a story artist in 1933 working on Mickey’s Gala Premiere (appears in Walt Disney Treasures – Mickey Mouse in Black and White). He also created the Evil Queen in Snow White, co-wrote Dumbo and worked on development of Fantasia and Pinocchio. As he found success and Walt’s ear, he also found a lot of enemies within the studio. Canemaker discusses how Grant created the story department and stocked it full of the best artists so to speak, in order to push his own projects. In some cases, he was almost as powerful as Walt Disney. 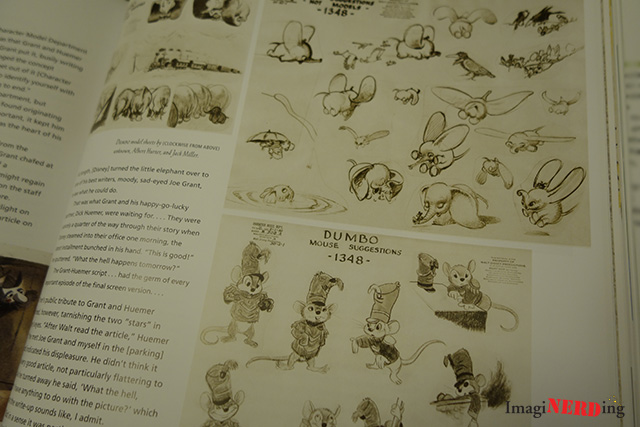 He left the studio in 1949 and ran very successful ceramic and greeting card businesses. He returned in 1989 to work on Beauty and the Beast. He worked on most of the films until Mulan and passed away in 2005 while at his drawing board in his studio. It was an interesting perspective to see how he was treated by the younger animators during his return.

Two Guys Named Joe is a wonderful look at two incredibly influential storyboard artists and storytellers. In addition to offering a look at how Joe and Joe became artists, we also see how Disney and Pixar worked at different times and with different personalities. The artwork featured is beautiful—some of it was created by Ranft and Grant for the various films and some of it was created by their friends and fellow artists. If you have any interest in any of the films and shorts they worked on, then you need to get a copy of this book. Also, if you’re a fan of animation or of Disney Studio history, then Two Guys Named Joe is a must have as well.