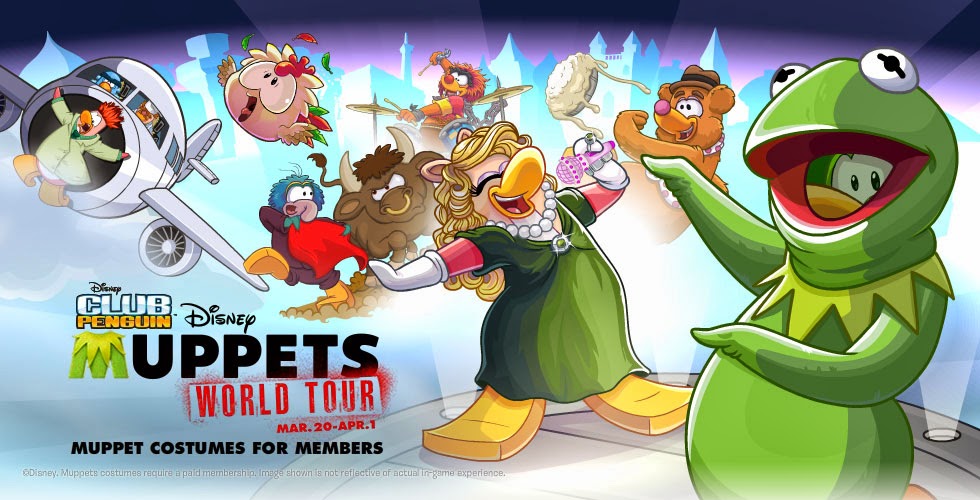 Do you play Disney Club Penguin? My kids played it briefly before moving onto other sites and before they started playing MineCraft. Being a huge Muppet fan, I thought this was a great way to promote the film and bring the characters to a younger audience.

The Muppets Take Disney Club Penguin
The Muppets World Tour comes to Club Penguin Island March 20 through April 1
KELOWNA, BRITISH COLUMBIA, CANADA, March 20– The Muppets are taking over Disney Club Penguin, the #1 virtual world for kids, for a two-week event where members will be able to dress up like and perform with their some of their favorite Muppets to celebrate the all-new, big-screen adventure Muppets Most Wanted, in theaters March 21. In the movie, the entire Muppets gang takes off on a global tour, selling out grand theaters in some of Europe’s most exciting destinations, including Berlin, Madrid, Dublin and London. And now, penguin players can make their own international performance debuts alongside the Muppets in exotic locations like Paris, Mexico, India, and Germany. Club Penguin members will even get to dress up like the Muppets, including Kermit the Frog, Miss Piggy, Fozzie Bear, The Great Gonzo, Swedish Chef and more. 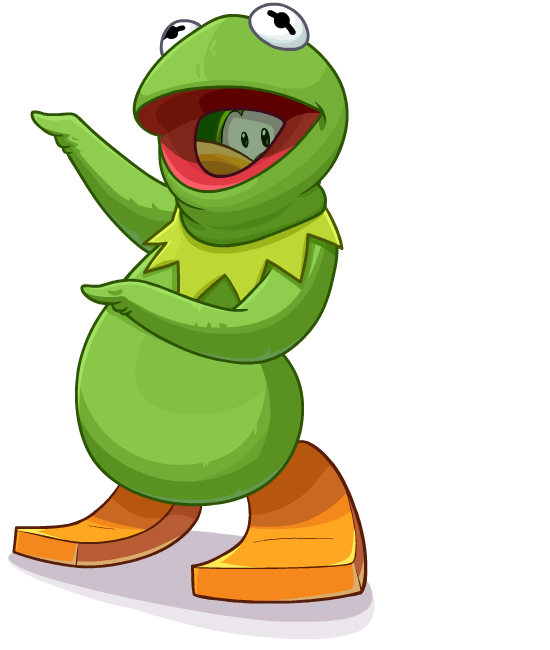 Starting on March 20, players will embark on quests, traveling across the island to take the stage and perform alongside the Muppets. Players will have to master performances like singing a duet with Miss Piggy in Great Britain or throwing cream pies with Fozzie in Germany. Along the way, penguins will earn exclusive rewards for their quests. On March 28, penguins will unite for a Grand Finale performance at the Muppets Theater hosted by Kermit the Frog.
During the Muppets World Tour on Club Penguin:
Catch the show at clubpenguin.com.
Don’t forget to stop by our site and leave some Disney Geek love!http://www.imaginerding.com