Skip to content
Do you remember “Epcot Magazine” from the Disney Channel? Apparently, Disney was well ahead of the times with their Disney Hipsters, er, Tipsters. 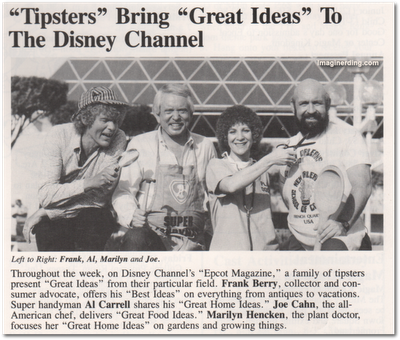 Epcot Magazine was a short-lived show that premiered during the nascent days of the Disney Channel. Different sources offer different time periods for the approximately two-year run. It looks like it ran from 1984-1986, but this clipping from the November 24, 1983 Eyes and Ears states that it was currently airing in the fall of 1983.

Apparently, Disney had plenty of quotation marks in the early 1980s and wasn’t afraid to use them!