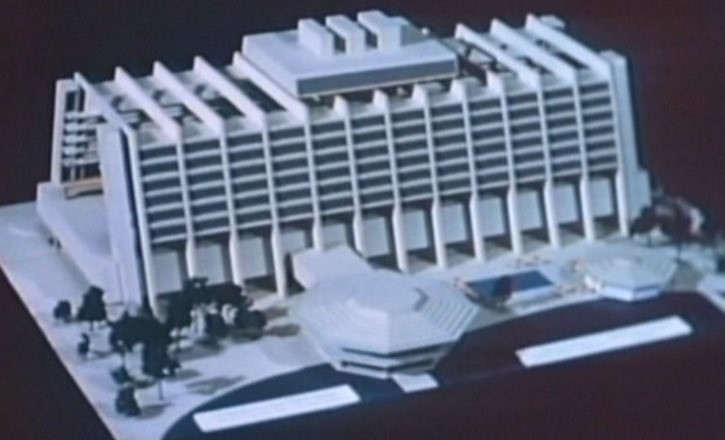 I picked up Magic Kingdom: Imagineering the Magic DVD on our last family trip to Walt Disney World. I bypassed it several times, previously, after hearing a negative review from a friend. 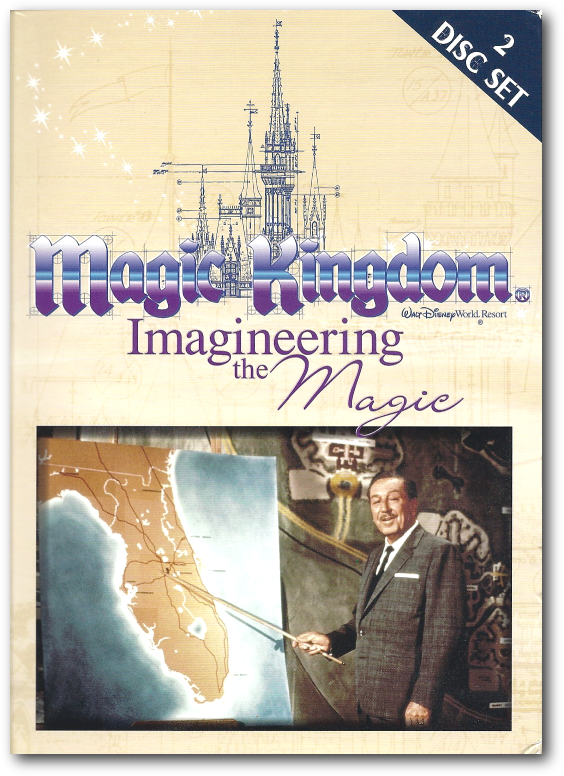 I have to admit that I was pleasantly surprised by the material presented. It is obvious that it is geared towards the more casual Disney fan, yet I found enough geeky, Magic Kingdom-goodness to watch and enjoy the entire two-disc set.

The first disc is the main feature: Imagineering the Magic of Magic Kingdom. The feature is 64 minutes long and serves as an introduction to the history of Walt Disney World and the Magic Kingdom. By introduction, I mean a five-minute segment covering pre-Disneyland to October, 1971. The rest of the chapters look at each land and focus on one or two major attractions in the area. Within each section, they do share historical information and photos as they explain how the attraction may have changed over the years.

The usual Imagineers and Disney employees appear as talking heads and help to present the limited, behind-the-scenes information. Marty Sklar, Bob Gurr, Tony Baxter, Tom Fitzgerald, Kevin Rafferty and other current Imagineers help set the scenes. There is more time spent on covering the revamp of Pirates of the Caribbean and the Haunted Mansion, which is understandable, since the DVD was released in 2009. It was bittersweet to see the segment on Mickey’s Toontown Fair, especially since they shared some stills and video footage from the first years of the land’s existence.

The real geek moments of the feature are from the videos and stills from the 1970s and 1980s and ones from the long-gone attractions. I found myself pausing the disc repeatedly to soak up all of the details and scenes. I know that my family was annoyed every time I paused the disc to point out Martin Davis, Herb Ryman, Claude Coats and the early Imagineers.

The second disc is the real treat for most Disney enthusiasts and historians.

In the Project Florida featurette, we get to hear from executives from RCA and US Steel about their innovative services and products that will debut with the Florida Project. Edwin H. Gott, Chairman of the Board of U.S. Steel, shared a short film that showcased the plans for one of the two hotel projects that will use modular construction.

This is an enjoyable DVD set; if you happen to see it in the parks, then I would pick it up. You might know everything that is presented, yet there are some hidden gems and rare photos. It is still geared towards people who are just discovering that Walt Disney World has a history. The inclusion of the press conference and the Project Florida footage definitely add some geek cred.

Have you seen the Magic Kingdom: Imagineering the Magic DVD?

One thought on “DVD Review: Magic Kingdom Imagineering the Magic”