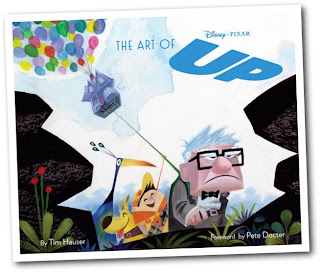 Chronicle books is well-known for beautiful and lavish books concerning the art behind many of today’s modern animated films.
The Art of Up is no exception.
Author Tim Hauser is a graduate of the CalArts Character Animation Program and has been a writer, creative executive and producer. He also wrote The Art of Wall-E. The Pixar blog has a great interview with Tim about the experience of writing the book.
When I saw Up in 3D, I left the theater a little perplexed. I knew it was a great film, but, personally, I felt like the high points were the talking dogs; it was beautiful, engrossing and the comedy was top-notch. To me, though, I was missing a connection. After ruminating on the movie for a few days, I took The Art of Up from the shelves to review it. As I read the book, I saw the intent of the filmmakers to tell the story of a man’s journey–not just through him, but through everyone and everything in his life. 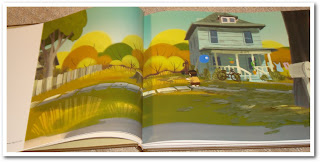 As expected, the book is a visual delight. Each page is filled with glorious images from the pre-production of the film. Storyboards, concept art, sketches and digital paintings help to define the look and feel of the story. Hauser was able to capture the filmmakers’ journey in bringing the project to fruition. One of the surprises for me lay in the area of character development. The artists coined the term simplexity to describe the process of designing the characters:

“…the art of simplifying an image down to its essence. But the complexity you layer on top of it–in texture, design, or detail–is masked by how simple the form is. ‘Simplexity’ is about selective detail.” (Ricky Nierva, p. 18)

Most of the major characters follow a fairly simple shape format (Carl is a square, Ellie is a circle) which helps convey the internal makeup of the character. The insights proffered lead the reader into a deeper understanding of the growth of the film, from a concept vehicle into a major motion picture. 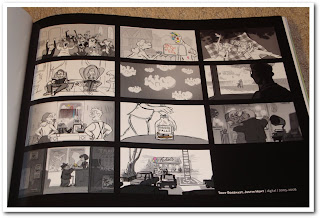 In terms of the design of the world, the filmmakers took great care in developing Carl’s house. Not only did it symbolize everything tying Carl to his life (and Eleanor) but it was a character in the film, as well. The house was created in miniature, modeled in computer space and decorated according to Carl and Eleanor. The filmmakers realized that they needed to create the interiors with simplexity in mind. Especially with so many shots of the inside during flight and fight sequences.

As beautiful as the artwork is, the text written by Tim shares equal weight. He was able to interview almost everyone associated with the production process about the important challenges that were needed to be overcome. Tim brings us along during the trip to South America to see the vistas that inspired the production. Another world opens before our eyes and we read the thoughts and feelings of the artists as they travel through Carl’s world. Peppered liberally throughout the text are quotes pertaining to the subject–some are from the filmmakers and some are from famous names in history. 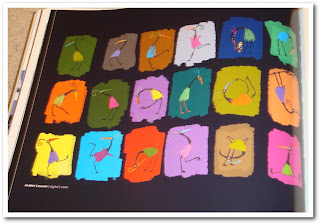 Any Pixar or modern animation fan will love this title. If you are a fan of Up, then you need to add this book to your collection–it is an essential and seminal work. I applaud Tim and Chronicle books for creating such a lavish work. Up fans will treasure this book for many years to come. The hardcover (under the jacket) has “My Adventure Journal” pressed into it, just like the movie. My youngest son has now claimed the book and loves looking at the pictures. Together. 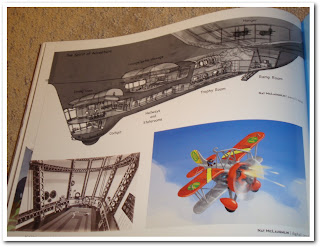 2 thoughts on “Book Review: The Art of Up by Tim Hauser”