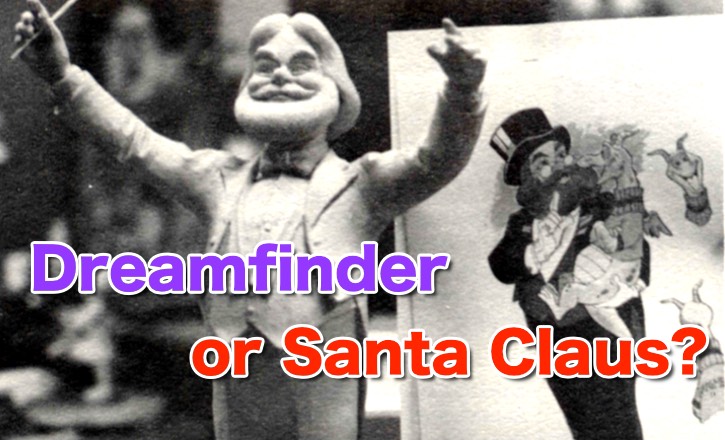 A relatively short-lived publication (probably preceded by The WED-Way Newsletter), the WED MAPO ImagiNews may have only been in publication for two to three years. It seems to be centered around the construction of EPCOT Center and Tokyo Disneyland and was a Disney University mouthpiece due to the large number of Imagineers hired for these projects. The March 11, 1981 edition has a front page article on Dreamfinder and his design, which is a little surprising.

Dreamfinder, host of the Journey into Imagination Pavilion in Epcot Center,nears the final approval stage in the Sculpture Shop. Pictured in the upper-left corner is the full-scale clay model, which recently took on a whole new look as fittings were made for his wardrobe.

The model stands 5′ 6″ and has reddish-blonde hair. Wayne Strong, who set a side his sculpting tools and dod the make-up for Dreamfinder, revealed that early conceptual drawings specified white hair, but were changed when the character began to look a bit too much like Santa Claus.

Do you know anything more about the Imaginews publication?

I’ve also never heard the story about Dreamfinder being designed with white hair. Have you?