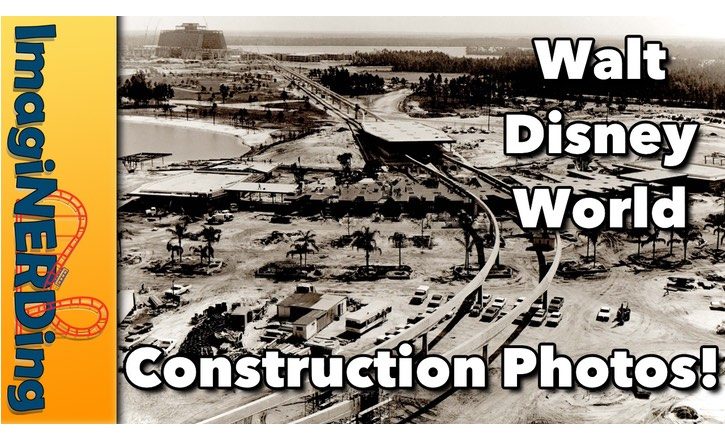 Check out the video and let me know!

There are photos of Bay Lake, Seven Seas Lagoon, the Transportation and Ticket Center (TTC) and so much more. You can get glimpses of the Contemporary Resort, the parking lot, Discovery Island (Raz Island), the US Steel Fabrication Center and a lot of backstage areas. There are even a few early shots of Interstate 4 as it makes its way around the boundaries of the property. The end of the video features photos of either the Southern Seas or the Ports-O-Call. These were two early Walt Disney World cruise ships that were used for ferrying guests to Discovery Island and for the World cruises.

Are you able to identify any of the images? Leave a comment and let me know!

Don’t forget to head over and subscribe to my Youtube channel for more videos about Walt Disney World, roller coasters, Dollywood, Carowinds and so much more! I’ll be uploading videos on the construction of the Contemporary Resort, the Polynesian Village Resort and the Magic Kingdom!

Which one of the Walt Disney World Construction photos is your favorite?