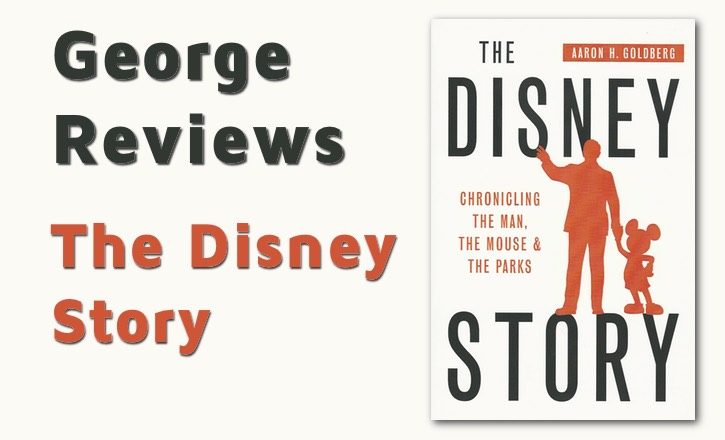 The Disney Story by Aaron Goldberg, a book review

The Disney Story is one of those books that I’m so glad that someone wrote. An unbiased read on the Disney Company, the book is backed up by primary sources that’s great for all levels of Disney enthusiasts.

Have you ever wanted to take a look at the history of Walt Disney and the Disney Company without reading a handful of biographies and books on the studio, parks and films?

The Disney Story: Chronicling the Man, the Mouse & the Parks by Aaron H. Goldberg is a book that takes us on a journey through the high marks of Disney history. This is a fantastic title for anyone who wants a good overview of Walt and his entertainment empire. The Disney Story isn’t just a book for people who are new to Disney history, but for anyone who is interested in learning more, especially in a non-confrontational and non-academic tone. (Seriously, some Disney history books can be a little overwhelming for the lay person.) 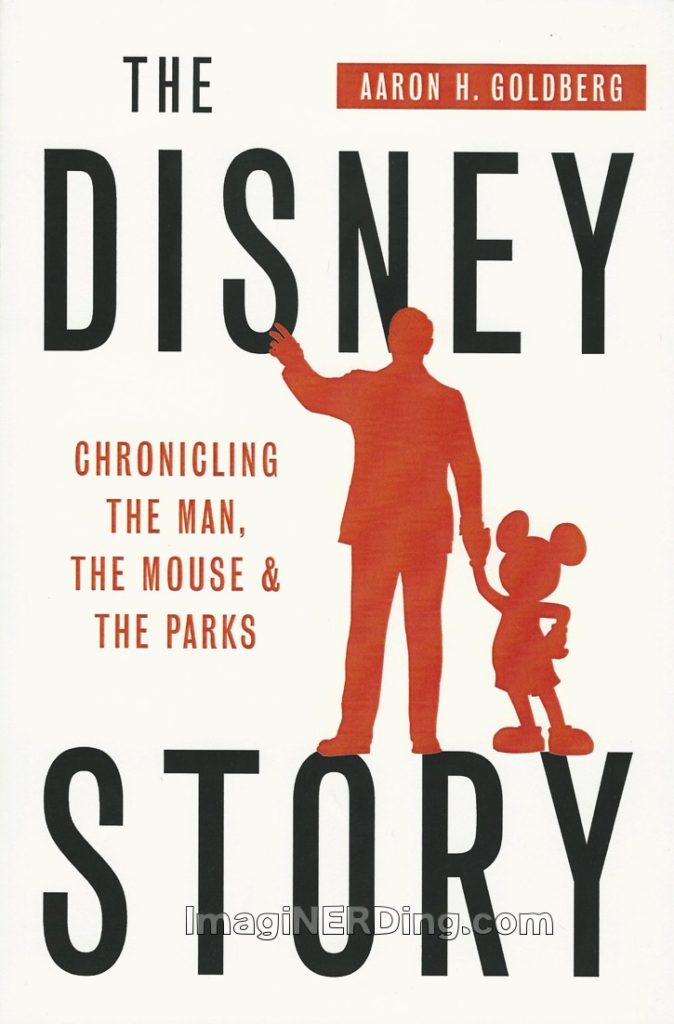 Goldberg has a very relaxed writing style and has spent time exploring Disney history in order to offer us this condensed look. Again, this isn’t a bad thing at all; he’s offering away for Disney enthusiasts to gain a better understanding of their beloved company. Goldberg has also presented the book in two fairly unique ways: he has reprinted articles from media outlets verbatim and he is offering the Disney Story website as a larger repository of articles. Goldberg includes original scans of the articles for further reading at the website.

The Disney Story is a very unique way of recounting Disney history. It’s a reader, or sorts, that shows us how the media wrote about Disney at the time. Goldberg takes us decade through decade and highlights the major events (films, parks, attractions, personnel and breakthroughs). Goldberg covers the company, so the starting point is in 1928, with the first Mickey short and takes us to 2016 and the opening of Shanghai Disneyland. In between, Godlberg has selected many of the defining moments in the company’s history.

It’s more than just a recitation of Disney facts; Goldberg also adds his own analysis to the story, which is very welcome. There are also points in the history in which he looks back to help us understand a specific point. In one instance, the brief story of the Nine Old Men is recounted when the last of the famed animators, Ollie Johnston, passed away in 2008. The Disney Story really is a treasure, simply because of the collected articles. The associated website offers a look at the full-text and scans of the articles used for the book. Again, this gives us insight into how the media (mostly newspapers and magazines) reported on the company.

I stand firm that the way to become a Disney historian is to read. Not just reading blogs but actually looking at the source material. In most cases, you can rely on books since most people don’t have the skill-set to peruse digital archives. But still, you can lose yourself in the world of books about Disney, as long as you are critical of the author and the publisher. In this case, I have a lot of respect for Goldberg and what he’s trying to do. Unlike some historians who are glorified story tellers, Goldberg has researched his facts and backs them up.

If you’re looking for a great introduction to the history of Disney, then look no further than The Disney Story. Even well-read enthusiasts will enjoy Goldberg’s book, often being reminded of an important point in the company’s history.

Have you read The Disney Story by Aaron Goldberg?

One thought on “The Disney Story by Aaron Goldberg, a book review”