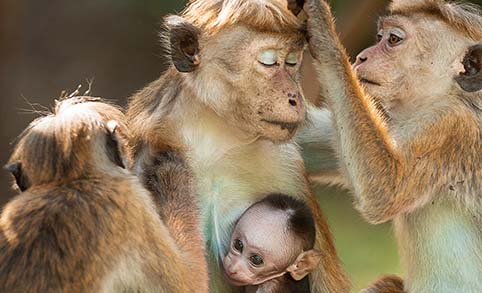 George: The DisneyNature films have always been incredibly impressive. Not just for the videography, but also for the stories that are told. With each successive release, the films seem to get better and more engaging. When Monkey Kingdom showed up, we were pretty excited to get started on it.

Jeff: Not only was I excited because it was a DisneyNature film, but also because Tina Fey was narrating. I mean, come on. Who doesn’t want that sassy voice telling them about monkeys?! This tale follows a newborn monkey, and its mother, as they struggle to survive within the competitive social hierarchy of the monkey kingdom, a dynamic group of monkeys who live in ancient ruins found deep in the storied jungles of South Asia. 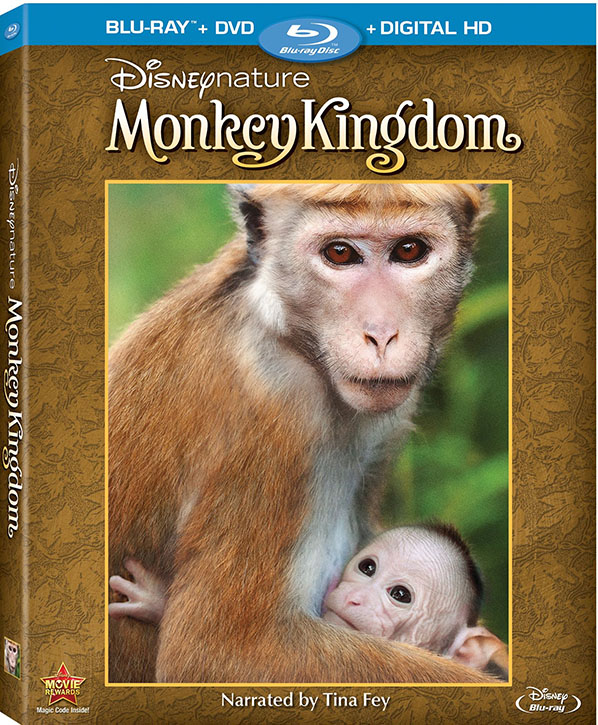 George: Everyone in my tribe really loved the Monkey Kingdom, especially the drama that seemed to happen naturally. Because who doesn’t love monkey drama? I was very surprised that the monkeys in the film had such a rigid social hierarchy. If you weren’t born as part of the ruling class in the monkey kingdom, then you didn’t get to eat the best fruit or sleep in the better branches. It really made life fairly tough.

Jeff: It always amazes me when I am reminded how much like us monkeys are. Yes, I know, we evolved from them, but it always catches me off guard when something like this comes along and I realize “Oh…they aren’t that much different from us.” So, the fact that there even IS a hierarchy for them was surprising at first, but also felt kind of natural.

Jeff: We mean we’re the overlords, and everyone else is a cadet? Except for Captain Leo, of course.
George: Exactly. Anyway, as can be expected, Monkey Kingdom is gorgeous. The sweeping vistas and the shots of the monkeys at play are stunning. As Jeff mentioned, Tina Fey does one of the better jobs narrating the film and I bet a few of her lines were ad-libbed. I appreciated a few of the musical numbers, as well. Hey! Hey! We’re the Monkees…
Jeff: In addition to the film itself, I always enjoy learning HOW they made it. That’s why the feature “Tales From The Kingdom” was fun for me. I know it takes a lot to make these DisneyNature films, and I appreciate the hard work and effort the filmmakers put into it.
George: I agree. It’s something that I’ve always wondered about and they’ve only been including it on the most recent releases. The amount of time that is spent setting up and recording footage is amazing, especially since this is The Real World and the producers won’t get involved.
Jeff: Overall, this is a great addition to the DisneyNature films, and I am very happy they continue this series. It’s a gorgeous look into a world we never see for ourselves, and it really brings compelling stories to our screens.

Have you seen Monkey Kingdom? What should Disneynature look at next?