It’s hard to imagine how monumental a book is going to be before you even crack the spine. I’d avoided the reviews of the book but when you read hundreds of blogs each week, you’re bound to run into people talking about things you’re trying to avoid. I ran into this with The Lost Notebook but had to hold off until I could read my copy.

The Lost Notebook Herman Schultheis and the Secrets of Walt Disney’s Movie Magic was an instantaneous hit with animation and Disney Studios researchers. It was hard to miss the articles in which they gushed about the book. It was written by the inimitable John Canemaker based on the notebook of a Disney employee from the late 1930s.

John Canemaker is an animation historian and a professor of animation at the Tisch School of Arts at New York University. He’s written several books on Disney animation and is a well-respected historian and critic.

I’ve read a lot of books on the studios and never ran across Schultheis, so I wasn’t sure what to expect; especially a book with as much hype as The Lost Notebook. The book is owned by the Walt Disney Family Museum and they worked with publisher Weldon Owen to release a full-size replica of the notebook, which made the book a very large 12″ X 12″. Not quite a coffee table book, but very close.

The story of how the notebook came into possession of the Walt Disney Family Museum is very interesting. The book sheds light onto how some historical documents are just waiting to be discovered, especially when the true value might never be known. It’s also a great opening to the book.

Once we get into the book, it’s broken down into two unique sections: a semi-biography of Schultheis and the notebook reproduction.

Why The Lost Notebook?

Schultheis found himself at the Disney Studios in 1939 after trying to find employment at studios all over Southern California. An emigre from Germany, he wanted to use his unique engineering and artistic skills to work on films. While at the Disney Studio, he chose to take a lot of photos and he detailed and recorded many of the special effects used in the films while he was there.

Basically, he took tons of photos during the production of Fantasia, The Reluctant Dragon and Pinocchio. In most cases, many of these processes for the special effects would have been lost without Schultheis recording them.

The notebook was created without consent or knowledge of anyone at the studio. He did end up showing it to many people, in hopes of continuing his employment, but it didn’t work. A theme that Canemaker keeps returning to was that Schultheis was full of braggadocio and often took credit for projects he just observed. It added to the alienation that Schultheis felt from his attitude and from the prejudice against his German heritage.

The real treasure is the reproduction of the notebook. The book is large and it’s a full-scale photographic reprint of the notebook. You can see the layout, the handwritten notes and all of the illustrations that are included. Although modern animation studios use computers for most effects, it’s incredible to see how painstaking and time-consuming some seemingly simple scenes took.

Canemaker has also curated each page of the notebook, explaining what Schultheis has documented. Canemaker puts the pages into their proper historical perspective and offers invaluable insight into the book. 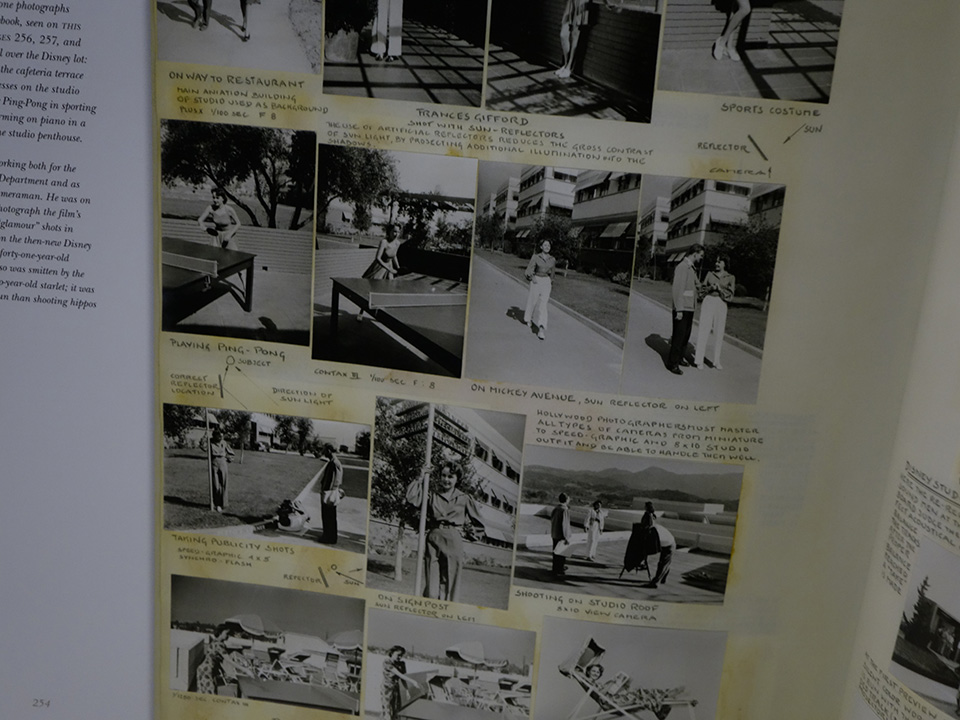 The story of Schulthies’ life is very tragic for someone so promising. You come to understand how his braggadocio and his German heritage (at the stirrings of WWII) really shaped his short-lived Disney career and ultimately stopped his employment elsewhere.

After reading the book, I can understand Canemaker’s excitement over this peek into the Disney Studios of the 1939-1940 era. It really surprised me how many people that Schultheis had photographed and added to his notebook that are simply unknown. Throughout the book, Canemaker points out the number of artists, special effects people and cameramen who are simply unknown.

Who Is The Lost Notebook Herman Schultheis and the Secrets of Walt Disney’s Movie Magic For?

The Lost Notebook is a must for anyone interested in the history of the Disney Studios. It’s a rare look at how certain departments worked and helped to create the masterpieces we cherish today. If you’re a fan of the Reluctant Dragon, Fantasia or Pinocchio, then you’re going to love the insights the book provides. It’s a very large and very expensive book but well worth it for the inside look it provides. Frankly, seeing how many of the effects were done is still mind-boggling.

I also urge you to pick up a copy because we need more books like this; we need titles that take a serious and academic look at animation and the Disney Studios.

One thought on “Lost Notebook Herman Schultheis and Disney”