It is hard to think of the terms publishing revolution and marketing and not think of Seth Godin. Seth is an author and blogger who champions permission marketing and making a difference to your customers. Check out his blog. Even though it is not Disney-related, I think you will find his insight enjoyable and inspiring.

In a previous life, Seth wrote for Wired. What follows is an excerpt from an article he wrote in February 2000. 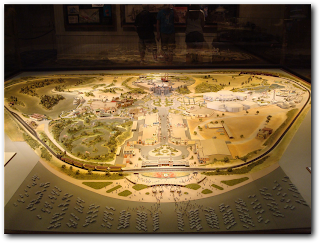 After the death of Walt Disney the man, something happened to Walt Disney the company. You see, Walt Disney was a three-time rifter. He was one of the few people who have successfully managed to find a rift in the continuum of life, to bet everything on it, and to make a profit by doing so. And he did it three times.

What’s a rift? It’s a big tear in the fabric of the rules that we live by. It’s a fundamental change in the game, one that creates a bunch of new losers — and a handful of new winners.

Most people who build important businesses build them on a rift, usually one that they find by accident, and usually only once. Sometimes, after they’ve succeeded once, they fool themselves into thinking that they’re so gifted that everywhere they look, they can see a rift. But Disney was different: He really was rift gifted. After all, he did it three times.

It is interesting to see his take on what he feels are Walt’s rifts. In the article, Seth outlines three specific areas where Walt proved his mettle: full-length animation, Disneyland and television (for cross-promotion and a vehicle). Obviously, Walt took advantage of his creative empire and the perfect storm of changing culture to create these rifts. Would anyone else in the same position have made these choices or been strong enough to do it three times? For Disneyland, it was the burgeoning car culture and a massive highway buildout. Most Disney enthusiasts know that Buzz Price and Stanford Research Institute ended up picking Anaheim, but it was Walt, as a driving force, that made it happen. Walt took what was presented and bet it all. Did he “just know” or was he lucky? Or was there really a rift? Look at Knott’s Farm which had been in existence before Disneyland; it has gained prominence, but not spawned a worldwide theme park empire. Most would argue that Knott’s grew simply because of the influence of Disneyland, as a neighbor.

A three-time winner: Someone who saw rifts and who mobilized an entire organization to take advantage of them. Someone who combined clarity of vision with tenacity of purpose. Unfortunately, since Disney’s demise, his company hasn’t really displayed that same rift-hungry attitude. The motto of most rifters ought to be WWWD: What Would Walt Do? I often wonder what Walt would have done with the Internet. Or with cable TV. Or with home shopping, home video, and DVD.

One thought on “Walt Disney, Seth Godin and the Rift!”