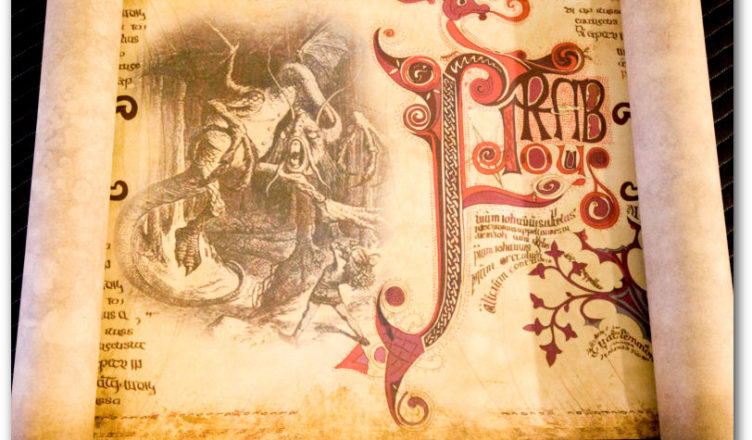 is the Oraculum. It is used to help push the film forward and as a way of keeping the story flowing from character to character and from scene to scene. The artist behind the Oraculum is Dermot Powers. Tim Burton hired him in 2009 to do post-production work on the film. One of his tasks was designing the pages of the Oraculum, which are also being used as the BD Live menus on the Blu-ray copy of the film.

Disney provided the following images and I wanted to share them with everyone. 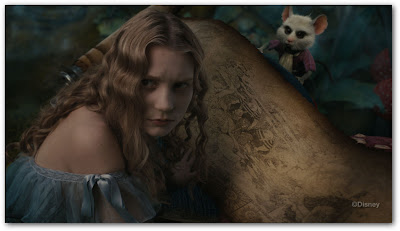 Alice views the Oraculum with the Dormous. 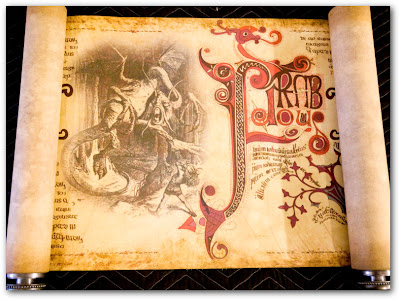 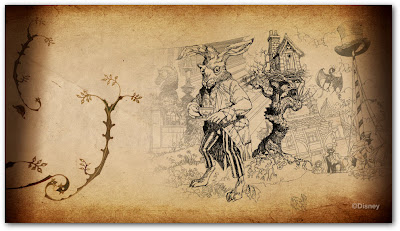 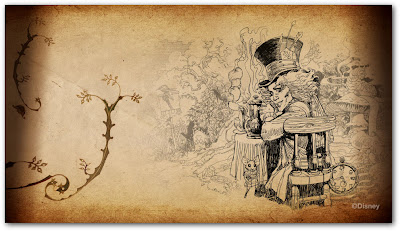 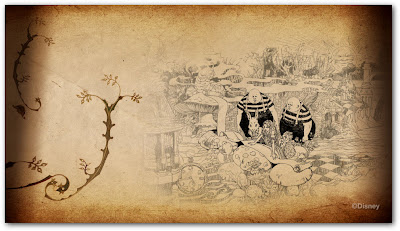 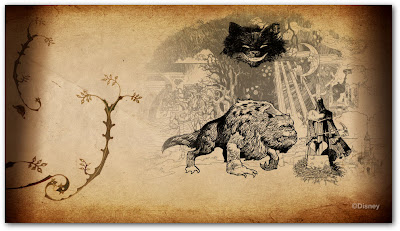 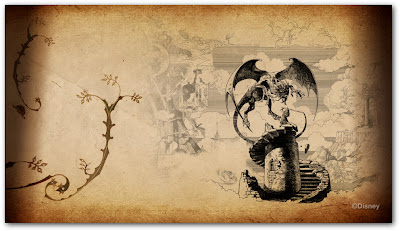 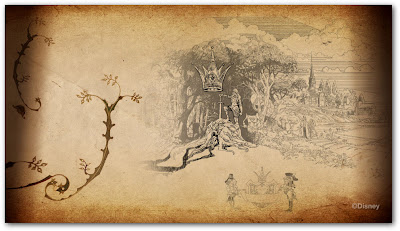