Our adopted Taylor/Nerdy Boys sister, Jessica from If We Can Dream It, sent us this post about the villains from the World of Disney Store at Downtown Disney. Jessica gets to spend a lot of time wandering (and wondering) the parks and her site is full of great details and hidden treasures. She is also the founding member of the WDW Crate Appreciation Society. (I am still waiting on my application!) Take it away, Jessica!

The World of Disney is filled to the brim with characters interacting with each other, but the Villains, true to fashion, have kept to themselves in the Jewelry room. Various icons, including Jafar’s snake staff, serve as medallions on ends of the fixtures. 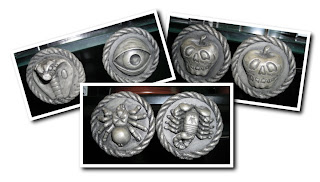 Large statues of Tic Toc (some with clocks in their mouths) stand in the center of the room and hold, what else, watches and clocks. 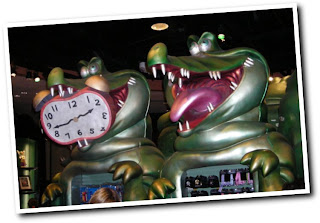 Ursula stands watch over the jewelry cases, with her tentacles actually going through the glass to surround the merchandise. 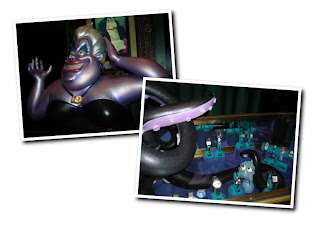 Flotsam and Jetsam also make appearances, as well as some of Ursula’s “poor unfortunate souls”. 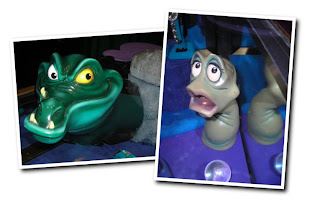 Behind the jewelry case hangs the Snow Queen’s Magic Mirror, which, if one looks carefully, changes an image of the Snow Queen into the Old Hag. 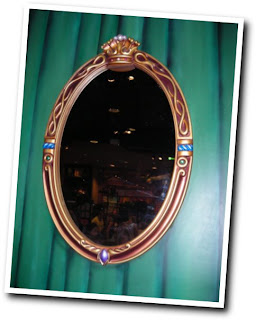 Even the small mirrors on the counter take on an enchanted appearance with tendrils seemingly winding their way around the heart shaped frame. 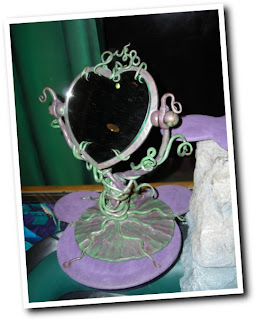 Two lenticular portraits hang on the walls, one changing between Cruella and Maleficent, the other between Captain Hook and Jafar. 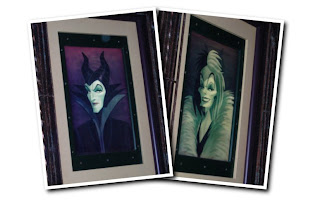 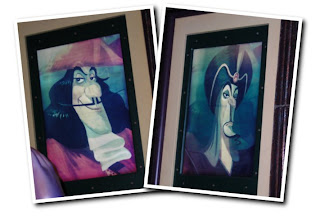 To finish off the room, four villains have their arms displayed like trophies, displaying their trademarks. 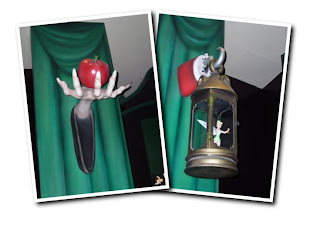 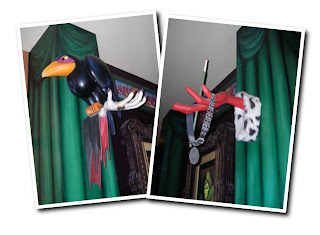 Jessica, thanks for such a great post about the villains at Downtown Disney!

Don’t forget to stop by her site on a daily basis and leave her some Disney Geek love.

3 thoughts on “Daily Figment 171: Where all the Villains Shop!”