During the Disney Decade, a program was offered where you could purchase a hexagonal brick paver to be placed around the Seven Seas Lagoon, creating a walking path starting at the Magic Kingdom and closely following the monorail route. Obviously, there are some inlets that would need to be crossed as well as the holding are for the Electrical Water Pageant. Not to mention some roads, a waterway and a lot of marshland.

The plan never panned out and Disney stopped halfway to the Grand Floridian. There are bricks at the Transportation and Ticket Center, The Contemporary and at the Polynesian. 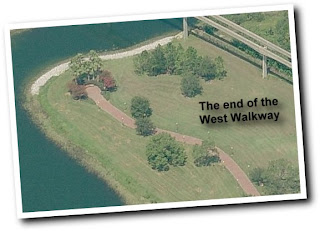 Two different types of pavers were sold until the year 2000: a traditional brick paver ($85 – $125) and larger gray ones ($250). No one really knows why Disney stopped selling them ,but the most prevalent thought is that it was competing with the Leave a Legacy program at Epcot. Occasionally, more bricks have been sold (some in 2006), but they are for special occasion or sold only on a first-come, first-served basis outside of the Magic Kingdom. 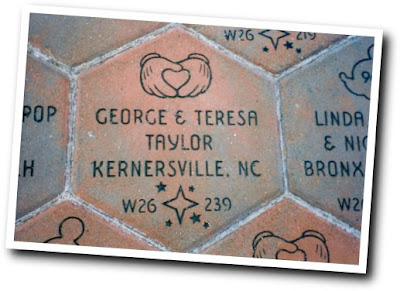 As a surprise, my wife bought this one for us after our 1994 trip. The date on our certificate is from July 31, 1996. We have only visited it once–during our 1997 trip. It was even signed by Roy E. Disney…or a reasonable facsimile!

The next time you step off the monorail at the Magic Kingdom or find yourself walking from the TTC to the Polynesian, make sure you take a look down.

It’s all about the details! 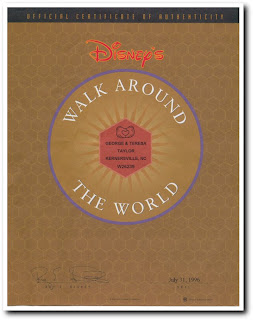 4 thoughts on “Daily Figment 159: Walk Around the World”