No one will ever really know when Walt first dreamt up the idea of a theme park (which would eventually spawn this cottage industry of bloggers, podcasters and forums). The following is an excerpt from Neal Gabler’s biography of Walt Disney. He doesn’t challenge the traditional story told by Walt (mentioned in the excerpt by Diane Disney), but offers several other thoughts and ruminations.

It is impossible to say exactly when, but Walt Disney had decided to build a theme park.

Rudy Ising, an old Kansas City friend and one of the Laugh-a-Gram employees, recalled his and Walt’s visits to Electric Park, an amusement complex, and how on one of these excursions Walt had told him, “One of these days I’m going to build an amusement park-and it’s going to be clean!” Diane Disney thought the inception took place during the Sunday afternoons when Walt picked the girls up from religious services-he never attended them himself-and took them to the Griffith Park merry ­go-round, where they would spend hou 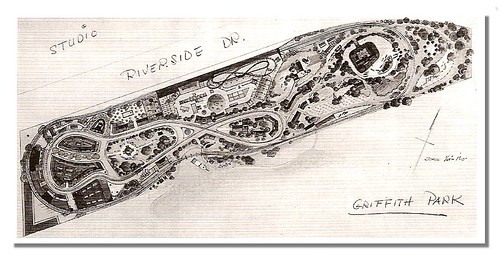 rs. “He’d see families in the park,” Diane would recall, “and say, ‘There’s nothing for the parents to do …. You’ve got to have a place where the whole family can have fun.’ ” Diane thought he used those afternoons and later ones with Sharon at a small amusement park at La Cienega and Beverly in Los Angeles as a “sort of research project.” Roy thought that it had all begun with the model trains. Once Walt began building his locomotive, Roy told an interviewer, “he always wanted to build a big play train for the public,” though it was unclear whether Walt built the model trains because he had the park in mind or whether he had the park in mind because he built the model trains. Wilfred Jackson said that Walt had first broached the idea for an amusement park during the Snow White premiere, where Walt had a dwarfs’ cottage erected outside the theater as a display. As they walked past it, Walt told Jackson that he wanted to build a park scaled to chil­dren’s size. Ben Sharpsteen 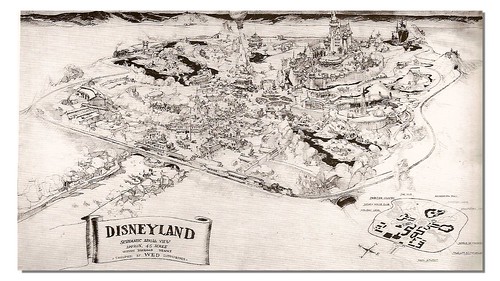 said he first heard about a park in 1940 when he accompanied Walt to New York for a demonstration of Fantasound and Walt discussed his plans for setting up displays on a strip of land across the street from the studio between Riverside Drive and the Los Angeles River-“just something to show people who wanted to visit the Disney Studio,” Walt said. Dick Irvine, an art director at the studio, remembered Walt coming into the office during the war and describing a public tour of the studio that Irvine felt later expanded into the amusement park. And John Hench, an animator and layout man, recalled Walt in the 1940s pacing out the parking lot and imagining the boundaries for an amusement park there.