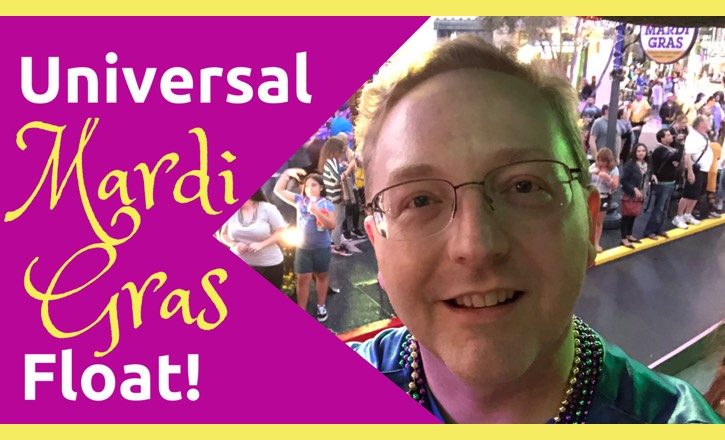 Have you ever ridden a Universal Mardi Gras float? On special nights in February and March, Universal Orlando passholders are offered a reservation to participate in the nightly parade!

Check out my video to see what it’s like to ride on a parade float:

I had an amazing time and got some great views from behind-the-scenes and from the second level of a Mardi Gras parade float. In the video, I share a few tips to make your experience even better. It’s fun to do on a solo trip, as well. Usually the Universal bead captain, who is in charge of the float, will keep the energy high and your hands full of beads!

Have you ever done the Mardi Gras parade at Universal?