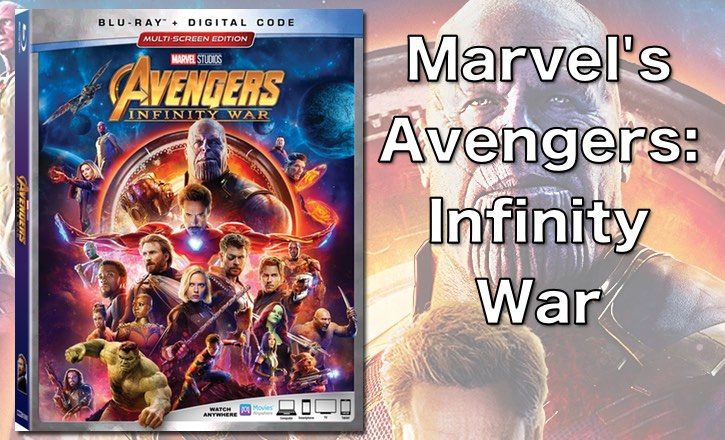 I’m sure you’ve seen Marvel’s Avengers: Infinity War, right? If you haven’t, there won’t be any spoilers, here, but you need to buy your copy, now.

It is a brilliant movie and a phenomenal piece of filmmaking. And look at all of the Marvel characters that they fit onto the artwork of the box!

But let’s take a look at the Marvel’s Avengers: Infinity War special features

BONUS MATERIAL (may vary by retailer):

So, I had to put at least one photo of Scarlett Johansen in the review.

Are you going to add Marvel’s Avengers: Infinity War to your collection?