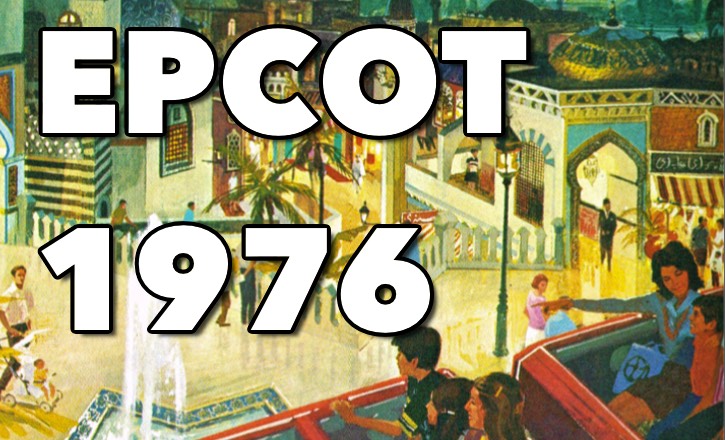 It took the Imagineers and Disney Executives years to nail down a viable concept for EPCOT Center. Multiple plans were created, revised, shelved, and the process started over.  Check out my video for EPCOT Center Master Plan 5. The Spring 1976 Disney News magazine offers a tantalizing view of the progress of EPCOT Center thus far.

In explaining how the company proceeded with Walt’s plans for EPCOT Center after his passing, then-Disney President Card Walker stated:

“The first phase has been the rec­reational community,” he said. “The Magic Kingdom, the hotels and lakes and campgrounds. Now we are launch­ing the second phase of Walt’s idea: the scientific, industrial, communica­tion, world co-operation aspects of EPCOT.”

Most of the original plans called for EPCOT Center to be broken into multiple areas. Most incarnations had an EPCOT Theme Center, which would be equivalent to what we know as Future World. World Showcase evolved from the World’s Fair idea and International Village would be housing and public areas for international cast members. 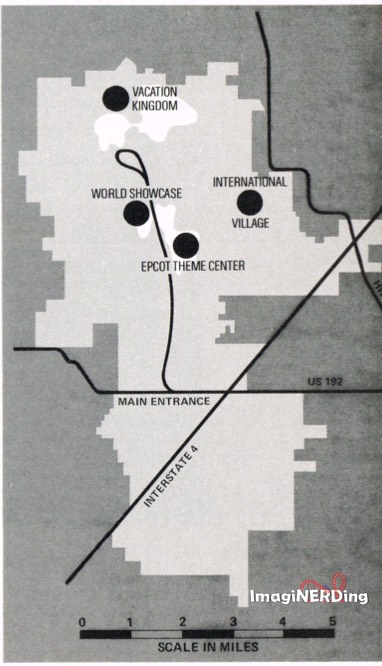 Accordingly, Phase II will include the EPCOT Future World Theme Cen­ter, the hub where guests will first come to the 43-square-mile develop­ment, which will also include a World Showcase and International Village.

The Theme Center will be the heart of EPCOT, where 360-degree movie screens and various displays will offer guests an overview of current EPCOT projects. Guests can then visit the areas, called satellites, of particular interest to them.

These satellites will surround the Theme Center, each one devoted to research in a different area of study—energy, agriculture, communications or medicine, for example. At each satellite, dedicated men and women will work to develop new technology in their field, seeking solutions and exchanging ideas in broad areas affect­ing the quality of life for people throughout the world.

“EPCOT will be a forum where creative men and women of science, industry, government and the arts from around the world can present and demonstrate new concepts and systems,” said Walker. “It will be dedicated to the advancement of new technologies and approaches to meet­ing the challenges we face throughout the world today.”

The EPCOT Theme Center does get us closer to Future World. Based on the concept art, you could boat or take the People Mover to get there. It appears as if there is very limited parking, so the Transportation and Ticket Center would be the central area for parking and getting to your destination.

The first area to be actually built in Phase II will be the World Show­case, a permanent international expo­sition. Member-nations will each occupy a pavilion in one of two mas­sive, semi-circular buildings, not far from the EPCOT Theme Center.

Each pavilion could include a ride or similar attraction designed by lmagineers at WED Enterprises in Glendale, CA. WED is the master­ planning, design and engineering arm of Walt Disney Productions.

The pavilion could also include cafes, shops or other displays of national wares to offer guests a fore­taste of an actual visit to the country. National musical groups or other performing artists could present spe­cial entertainment.

Each country would have ample space inside its pavilion for trade center activities ranging from prod­uct exhibits and industry displays to cultural presentations and busi­ness meetings.

Construction of World Showcase is scheduled to begin by late 1977 on a tract of Walt Disney World property between the present Transportation and Ticket Center and U.S. Highway 192. The eventual size of the Show­case is estimated to cover 100 acres, with from 10 to 30 nations of the world participating. 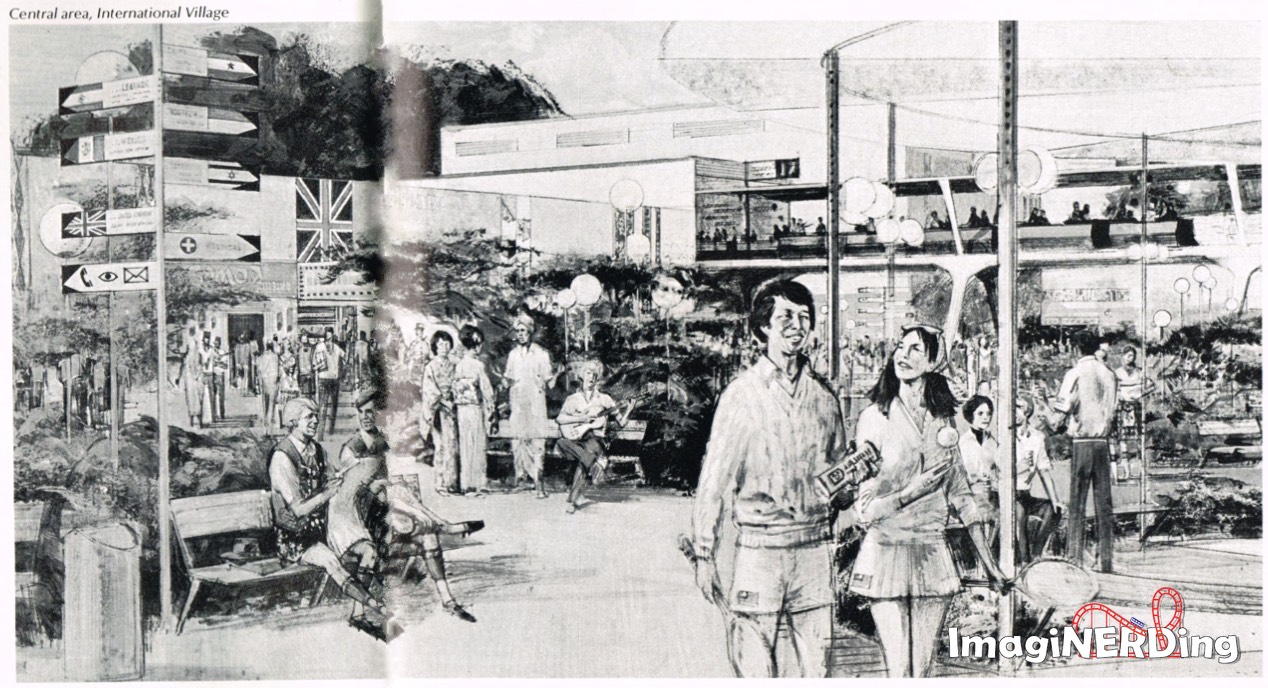 The 200 or more people staffing each pavilion, many of them young men and women from the country represented, will be a key aspect of World Showcase. Not only will they operate the pavilions, but they will also live with representatives from other nations in the nearby Inter­national Village. A part of this “world community” could also be themed for public visits.

“We hope that the nations of the world will send their young future leaders to operate the World Show­case, and build a base for interna­tional understanding for the years to come,” said Walker.

“In World Showcase and Inter­national Village we will have an exam­ple of men and women, as citizens of the world, sharing their cultures, history and aspirations. It will be a true people-to-people exchange.”

“Walt believed that solutions to the great challenges we face are indeed possible in today’s world,” Walker continued. ” He believed that we must look not only to our past and our problems, but more signifi­cantly, to our future and our potential.”

“We’re dedicated to fulfilling the promise of Walt Disney’s greatest dream. We seek the participation and cooperation, the talents and the skills of people around the world in order to make his dream a reality.”

The article included a few choice images of the potential displays and attractions from the EPCOT Theme Center and World Showcase. 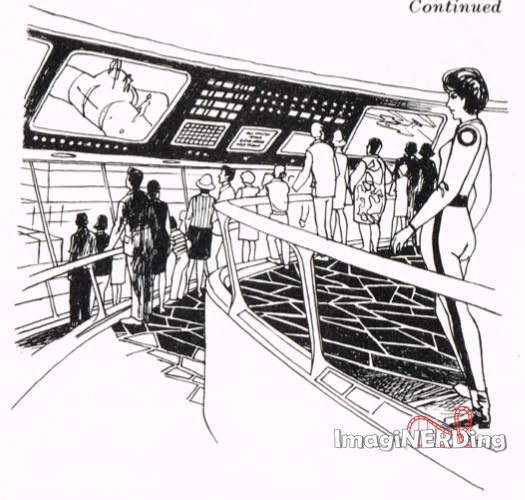 Concept art of a pavilion in the EPCOT Theme Center, presumably the fore-runner to the Astuter Computer Revue or the WorldKey Information Center. 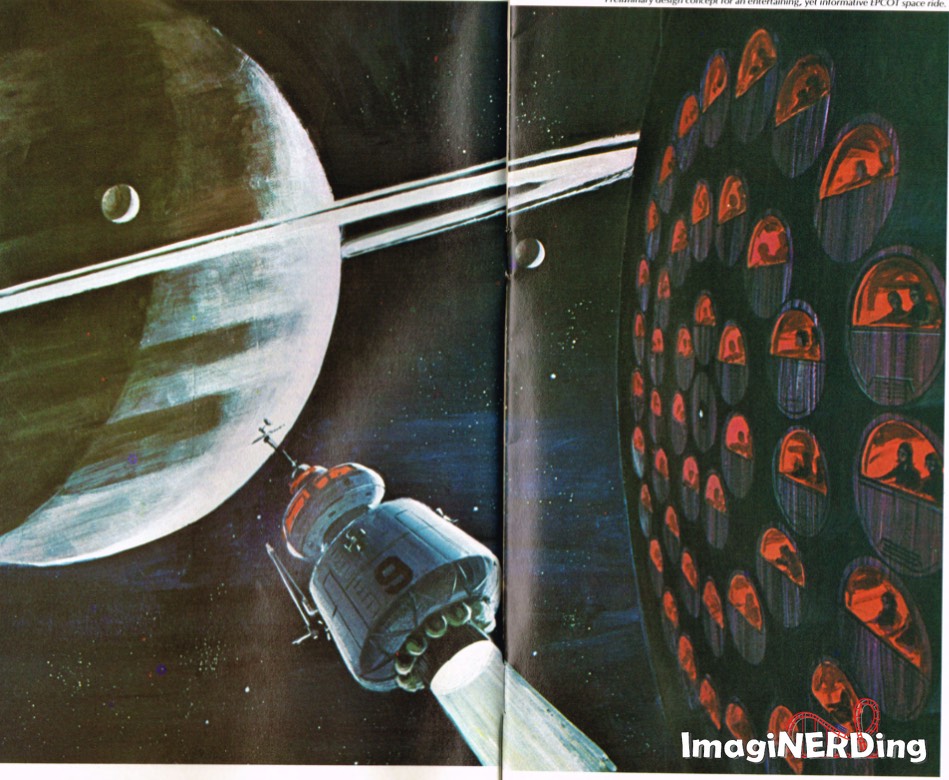 This is a spectacular rendering of the cope of the potential Space Pavilion for EPCOT. I am assuming that it would have been an IMAX screen with multiple ride vehicles, similar to Horizons, that would have moved around the central arm. 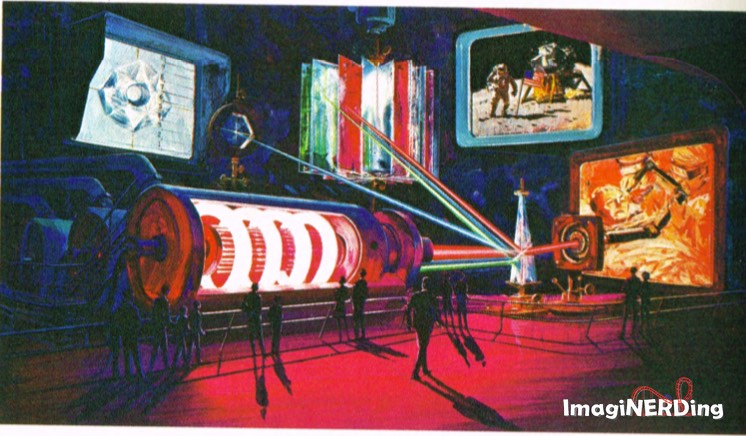 Concept art for a laser show . 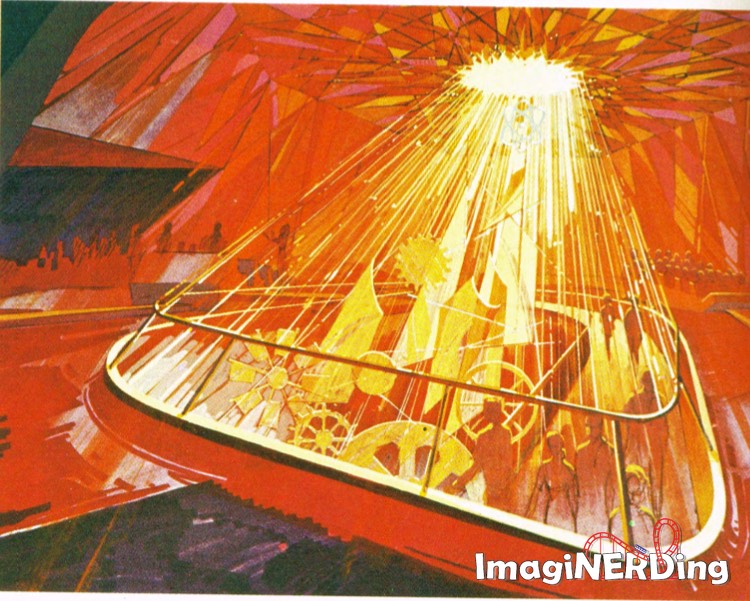 Preliminary designs for a solar power show or pavilion that predates the Energy Pavilion sponsored by Exxon. 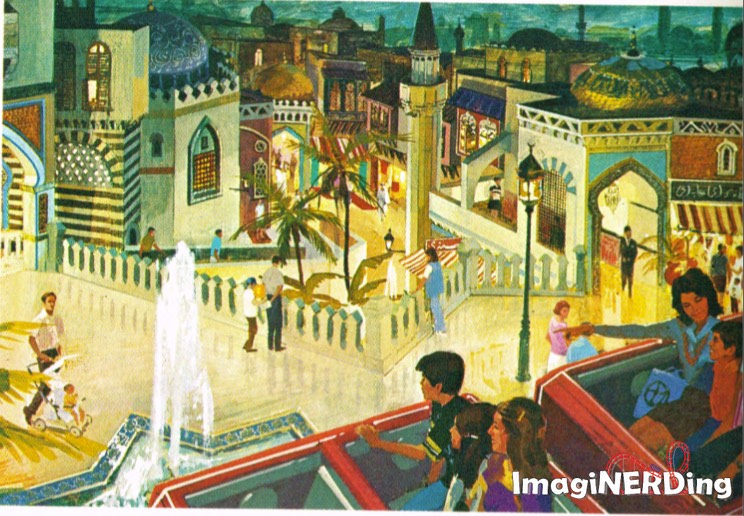 The Arab Pavilion concept art shows what the World Showcase would look like on the interiors of the show buildings. One version of World Showcase called for multiple countries to share equal storefront space, like at a mall, but they could purchase additional space to extend their individual pavilion.

Check out my video review of the 1982 must-have EPCOT Center book!

What Do You Think of the Early EPCOIT Center Concepts?