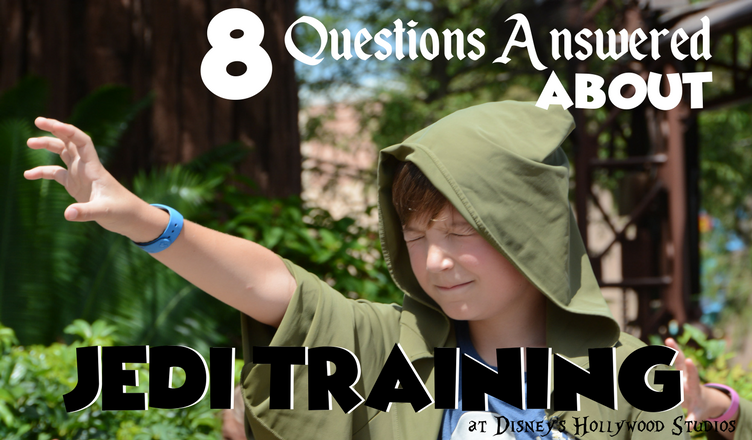 Sarah from Carolina Blogging is back with another installment about her August (2017) trip to Walt Disney World. This post is for all of the young, aspiring Jedi and their parents. Get quick answers from a parent’s point of view on what to expect when signing your little Jedi (or youngling) up for the Jedi Training Academy at Disney’s Hollywood Studios.

If you have a little one that’s an aspiring Star Wars Jedi,  you will want to plan to attend Jedi Training at Disney’s Hollywood Studios. Little Jedi will go through preparation to fine tune their lightsaber skills before facing the ultimate match against Darth Vader or Kylo Ren. This activity is fun for parents and kids and takes a bit of coordination to plan for. Here are the ins and outs of what we learned about the Jedi Training Academy at Hollywood Studios and what parents need to know to prepare their little Jedi for training. Here are the top 8 questions we had as parents planning to take our kids to Jedi Training at Disney’s Hollywood Studios.

Here is a video I made of our Jedi Training experience…

Where is Jedi Training located?
The Jedi Training Academy is at Disney’s Hollywood Studios in Orlando, Florida. Registration and check-in are both located at the Indiana Jones Adventure Outpost.  As you walk in to the park  go straight down Hollywood Boulevard until you get to Keystone Clothiers (a large mint green building). Make a left and this will put you right around the corner at the Indiana Jones Epic Stunt Spectacular!. From there, you can find the Indiana Jones Adventure Outpost to the left. A Disney cast member will help with registration.

Who can participate in Jedi Training?
Jedi Training is available for kids between the ages of 4 and 12 years old.

How much does Jedi Training cost?
Jedi Training is free! There is no cost as this is a kids event that’s included with your park ticket in to Hollywood Studios.

Will the park run out of Jedi Training spots before I get there?
We made it a point to get to Hollywood Studios as soon as the park opened because we were not sure what the availability would be throughout the day. There was a line of about 100 people waiting to register first thing in the morning. As we took a turn with the Disney cast member we learned that there were several performances all throughout the day with each performance having the capability of handling about 30 young Jedi. The Disney website does state that availability is limited and offered on a first-come, first-served basis. 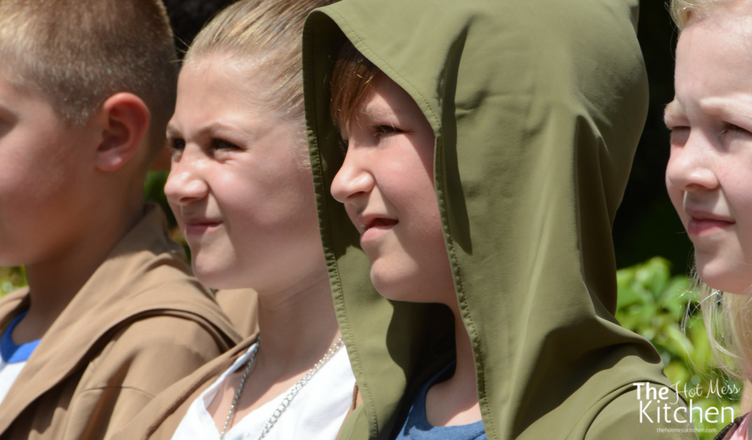 How do you register for Jedi Training?
Once you reach the registration area over at the Indiana Jones Adventure Outpost, you will see several cast members standing beneath a covered area. From here you need to have your young Jedi present for registration. Kids must be present at the time of registration for Jedi Training. During registration a  cast member will give you different times throughout the day that the training will be available. Make sure to pick a time that would be most convenient for your family (based on Fastpasses and dining reservations). Before your little Jedi attends training, make sure that they have had a chance to use the bathroom and had something to drink. We scheduled our Jedi Training for 11:15 am and it was HOT! When we go back I will schedule them for either an early morning or evening show to beat the heat in the park.

There was not any paperwork that we had to fill out for Jedi Training.  We had to give the cast member our information and then commit to a time that we would show up for Jedi Training during the day.

Are there certain requirements for Jedi Training?
A Disney cast member will ask your young Jedi a few simple questions just to make sure that they have the ability to listen and respond as requested. The questions were really simple and my 5- and 7-year-olds caught on very quickly when asked. The questions are centered around following instructions and listening and working with a group.

What happens after check-in?
After check in, your young Jedi will join other Jedi underneath the covered area with several cast members. There, they are encouraged to drink lots of water and asked to line up in order by height. A cast member will go over how to put on the Jedi robes so that your children are the most comfortable during their training. The check-in will take about 10 minutes before your children are set up into two different teams.

Once the two teams are organized, parents are asked to stand alongside their children as they make their way over to the Star Tours area where the main attraction stage is. There will be a cast member leading the way with a Jedi Training sign and the kids will get to chant a Star Wars theme as they walk along making the announcement that they have arrived for Jedi training.

Sarah’s Tip:  There will be a photographer present that does an amazing job at taking pictures during Jedi Training. You will be given a card that represents which side your child was assigned to during Jedi Training. You’ll take that card to one of the stations within Hollywood Studios later so that you can purchase the photos or load them to your Memory Maker account. We found the best location to sync our photos is at “Sids” right before you exit the park.  As we were leaving Hollywood studios to the right hand side there is a green house called “Sids” where several Disney photographers are located. Here, they can scan your card and show you on a monitor the several pictures that you can pick from for Jedi Training.

What happens during Jedi Training?
Young Jedi are lead up to certain areas of the stage and are shown a few tips on how to safely maneuver their lightsabers during the performance. The training on stage took about 10 minutes before the actual show started. Once your young Jedi have got a few lightsaber moves down, the show starts and there is a build-up before the temple doors open to reveal Darth Vader,  Kylo Ren and the  Seventh Sister Inquisitor. 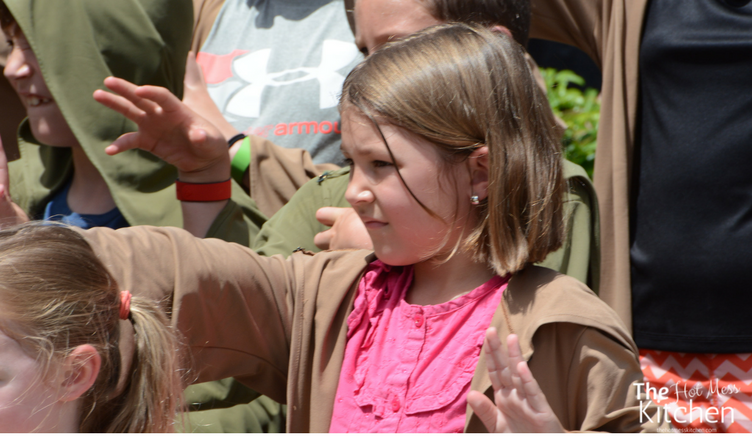 My kids loved the experience! There were several cast members dressed up as Star Wars characters during the performance guiding the kids. Several times during the performance a cast member can be heard saying “saber down” just to make sure young Jedi’s were not pointing their lightsabers in the wrong direction. It was amazing how every child got the attention they deserved and were able to go up against a villain in an epic lightsaber battle.

Sarah’s Tip: If your young Jedi chooses to purchase a lightsaber in the park, please note that it is frowned upon to point a lightsaber directly at characters.

After the Jedi training is over, young Jedi’s will receive a commemorative pin that they get to keep and take home. They also receive water to drink just to make sure that they stay hydrated after their training.

We highly recommend Jedi Training for kids ages 4 through 12 as this is an experience that we will never forget and look forward to attending again in the future.

Sarah’s Tip: Be sure to check the times guide at Disney’s Hollywood Studios for the scheduled showtimes. This is an outdoor event so be prepared for inclement weather as it may be subject to cancellation. Show times are subject to change per the Disney website. If Disney’s Hollywood Studios offers Extra Magic Hours that day, try to get there as early as possible to gain a good spot for training. As an added bonus, Jedi are awarded a fast pass coupon to use in the parks. It’s one per family and includes a FastPass for up to five people.

A few helpful links to bookmark:

Do you have a young Jedi that has attended the Jedi Training Academy? What were your experiences and do you have anything else to share with us or for any new Jedi’s that have not yet attended? Leave them in the comments below! 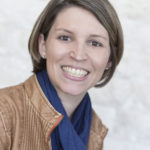 Sarah is a frugal and food blogger over at TheHotMessKitchen.com. A corporate employee by day working in the field of technical support and blogger by night; Sarah talks about recipes, kitchen tips, sensible and frugal living on her blog. She can also be found writing about her travels and sharing tips for bloggers at CarolinaBlogging.com.  And now for the fun facts: first roller coaster with her dad was the Lock Ness Monster at Busch Gardens, first date with her husband was at Howl O Scream at Busch Gardens in October 2004 and one ride she will never ever ride is the Ring of Fire at the fair.

*Photo Credit: Sarah Eckert and photos from a purchased Memory Maker account – terms of service under a limited license