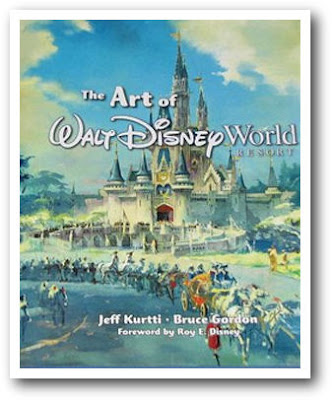 Jeff Kurtti is a well-known and much-admired name in the Disney community. He has written many of the seminal works on the history of the theme parks, animated films, characters and theater. Since the World Began is one of his more treasured books and one of the few that looks at the early history of Walt Disney World. Jeff is also known for his work on several award-winning documentaries and as a consultant for film and theater. Currently, he is working with the Walt Disney Family Museum. The late Bruce Gordon was an Imagineer and consultant to the Walt Disney Family Museum. He co-authored many of my favorite books, including: The Nickel Tour, Walt’s Time (with Jeff) and Disneyland Now, Then, and Forever.

This book is the sister companion to their previous work, The Art of Disneyland (2006) and carries a similar philosophy of presenting unheralded artwork. One of the unique features off this book is in its presentation–it is a true picture book in the sense that the images are all rotated 90 degrees for our viewing pleasure. In other words, you turn the book sideways and all of the images are presented the same direction. 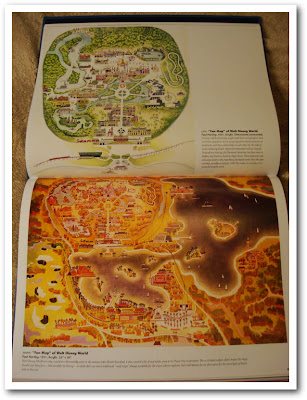 I wish I could get reproductions of both of these Fun Maps of Walt Disney World.
The Art of Walt Disney World Resort is every Disney enthusiast’s dream; a full-color look at the conceptual drawings, paintings and artwork that helped visualize the Vacation Kingdom. I can’t stress how amazing and beautiful the artwork actually is. Spanning every decade of the Resort, you are introduced to different artists that laid the foundations for the parks, resorts and recreational areas. The visual styles are striking and as varied as the artists themselves. 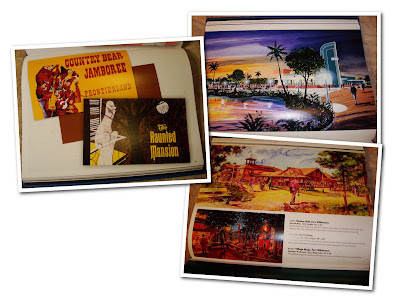 The text that supports the art is informative and takes the book past being just a picture book. You will learn a thing or two! The accompanying descriptions serve not only to educate but also as mini art-appreciation lessons, as well. Jeff is one of the foremost experts on Disney history and his insight and commentary add tremendous value to the book. For those theme parkeologists this book is a rare treat. A large majority of the art is centered around the pre-opening years and the oft-maligned 1970s. Fortunately for us, Jeff and Bruce were able to collect many images that have not been seen outside of WDI and castmember circles. 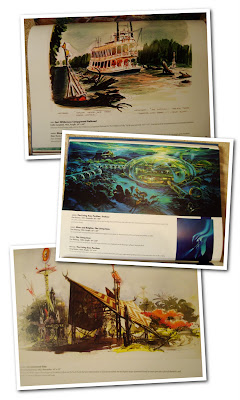 Much of the artwork presents a scale and magnitude that was never put into place at Walt Disney World, for whatever reason. You can trace the transitions from Disneyland to the Magic Kingdom through much of the late-60’s and mid-70’s artwork. There is scale and openness that can only be achieved in the space that was the Florida property. Some of my favorite pieces recount the early days at Fort Wilderness when there was only the Magic Kingdom, Fort Wilderness and a growing Village. The days when a vacation was more than just squeezing four theme parks into a trip; when you could ride horseback, shop, eat and spend time vacationing. The images hearken to a simpler time at Walt Disney World Resort.
Enough proselytizing. This is a superb work that everyone interested in Walt Disney World should own. It carries a hefty price tag and it is a theme park exclusive, so it could be difficult to find on the second hand market.
Kudos to Jeff and Bruce for putting together such a massive work centered on the art of Walt Disney World Resort. I can only hope that we will see a second volume soon.

One thought on “Book Review: The Art of Walt Disney World by Jeff Kurtti and Bruce Gordon”