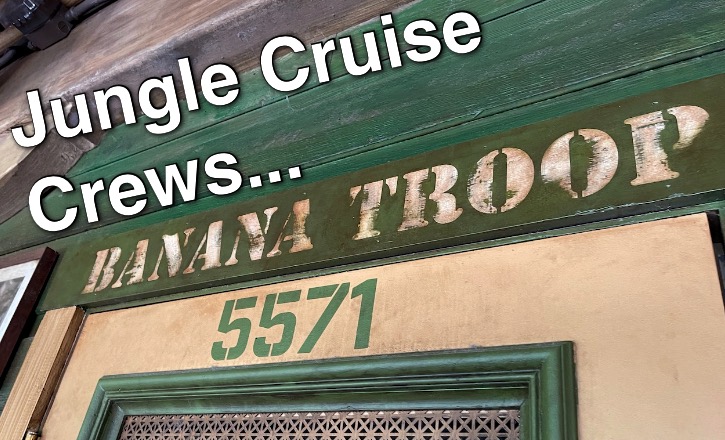 The Jungle Cruise at the Magic Kingdom has had quite a few updates over the past few years. Often unnoticed by every day guests are the hidden details and references in the queue of the attraction. On a recent trip, I found a reference to The Shining that went viral on Twitter and I wanted to share some of the other finds from the queue. 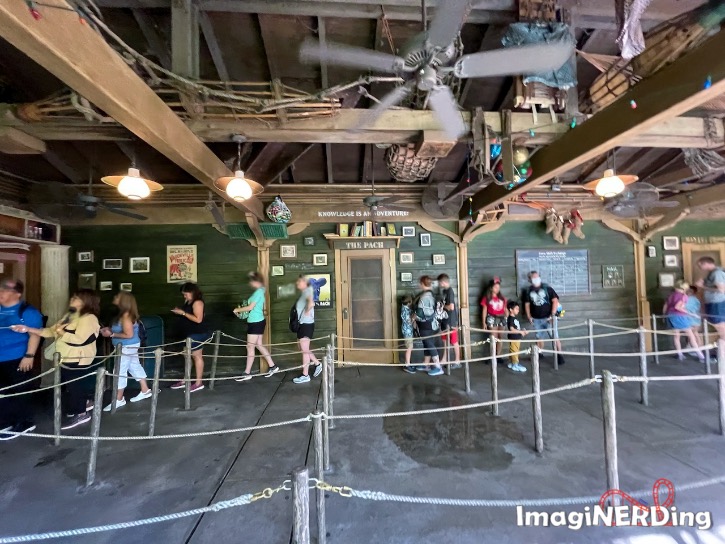 First up is the Banana Troop door, which is barely viewable on the right side of the photo above.

There are several doors that were added to the queue of the Jungle Cruise that reference Jungle Cruise crews (gets confusing if you say it out loud three times…). The first one up is the Banana Troop. 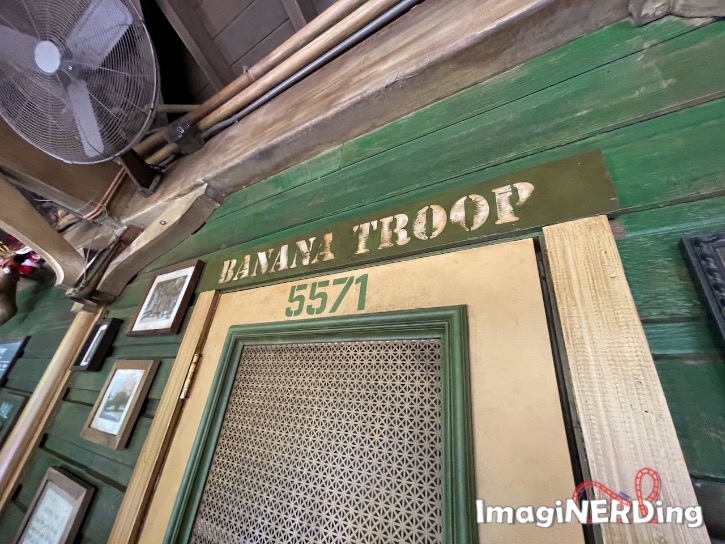 This door reminds me of the door to a summer camp cabin. Did you catch the numbers? 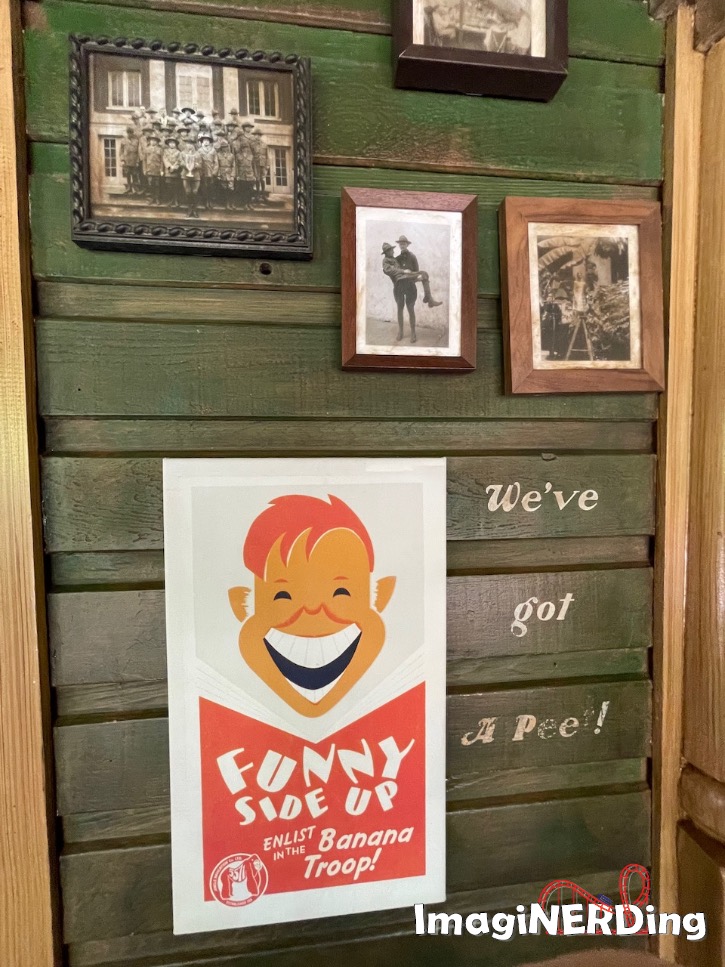 To the right of the door is a recruitment poster for the Banana Troop.

Enlist in the Banana Troop!

In the logo, it says: Jungle Navigation Co. LTD. Established 1911. The numbers 5571 make up the body of the gorilla.

The text to the right of the poster says, “We’ve got a peel!” I’m not sure if it was designed intentionally by the imagineers or due to the guests in the queue, but  at first glance, it does read, “We’ve got a pee!” There are also some great historical images this might have other hidden references to imagineers or skippers. 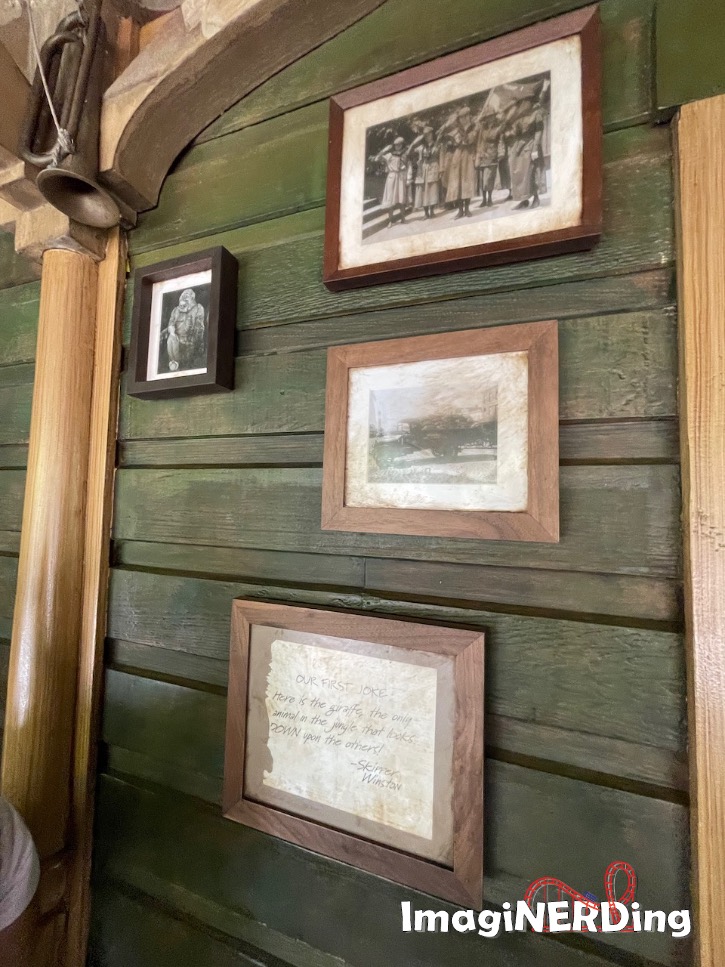 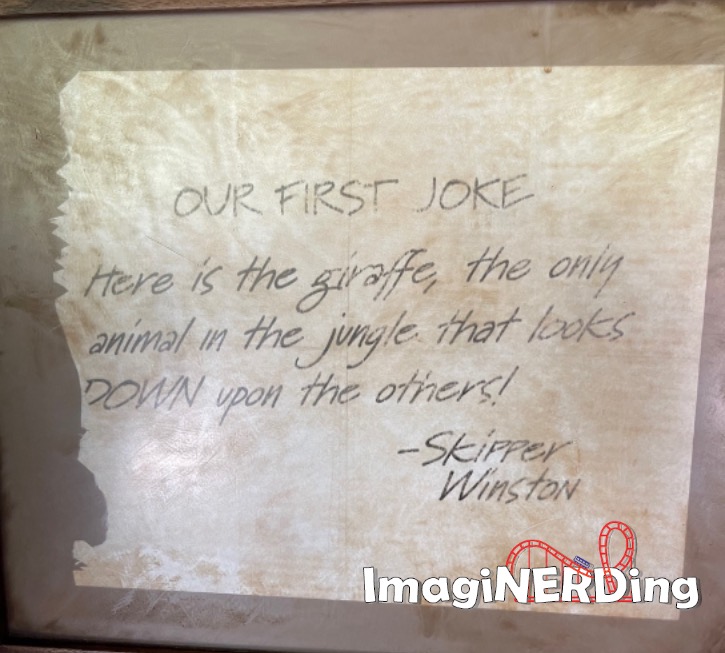 A framed handwritten note shares the first joke for the Banana Troop on the Jungle Cruise.

OUR FIRST JOKE
Here is the giraffe, the only
animal in the jungle that looks
DOWN upon the others!
—Skipper Winston

Anyone know the backstory of this joke?

The imagineers are developing a fully-fledged backstory based on the Society of Explores and Adventurers (SEA), which continues throughout the Jungle Cruise queue and in the Skipper Canteen. There are other SEA references in other areas of Walt Disney World, as well. This is a paradigm shift, of sorts; instead of honoring former imagineers, they are creating fictional details that help tell a larger story. Any thoughts on this change?

Have You Seen these Jungle Cruise Crews Queue References?

Found this in the Jungle Cruise queue at #MagicKingdom is this reference from #TheShining? pic.twitter.com/dpPzVdAFaA