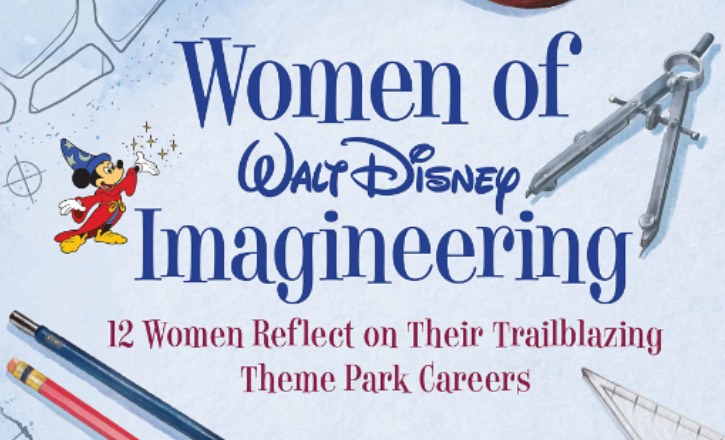 Throughout the years, the legends and masters of Imagineering were obscured by the need of the company to showcase Walt’s vision. Just like in animation, the artists that brought Walt’s vision to life were always in the background to defer to the Walt Disney name. During the mid-1990s, fans of Disney parks began the process of discovering these early theme park designers. Many Imagineers retired and felt more comfortable relating their stories about working with Walt on Disneyland and sharing what they had worked on. Some of the first books on Imagineering feature many of the men that had built the Disney parks.

But what about the women of Imagineering?

Women did make up the rank and file of Imagineering, except their stories weren’t being told. A few reached the heights of their peers, like Harriet Burns, Leota Toombs, Alice Davis, and Mary Blair, but women were still not given the same level of interest or press. 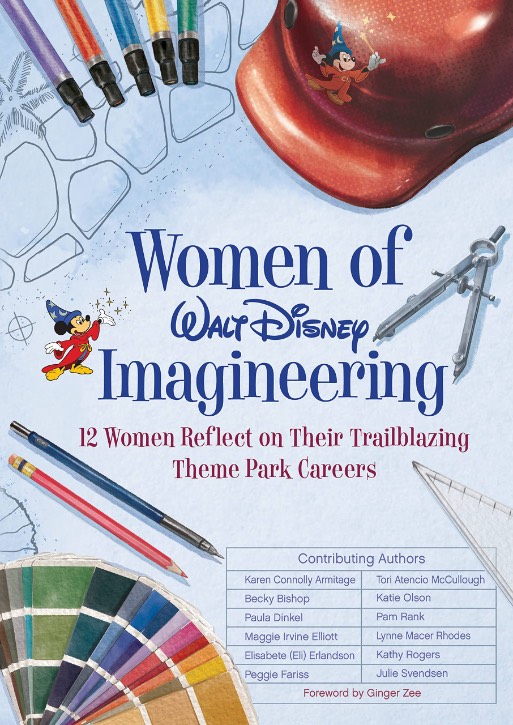 With the new book Women of Walt Disney Imagineering, we get an astounding look at 12 women who blazed trails and defined the modern theme park experience. The book project started before the pandemic with a slightly different focus. Originally, Eli Minceff Erlandson wanted to chronicle her 40-year career for friends and family. Her mentees began asking about her career and her writings about being a woman in a male-dominated career. They expressed concerns about preferential and equitable treatment, as well as promotions, of their male counterparts. Eli decided that she wanted her peers to tell their stories as well.

Who’s Included in the Women of Walt Disney Imagineering

She set some criteria about who should be in the book and sets up to recruit peers and friends to tell their stories.

The 12 imagineers in the book span decades of Disney theme park history. The majority worked on the more recent projects, like Disneyland Paris, but a few spent years on Disneyland projects and the fledgling Walt Disney World. Interspersed in the reflections are tales of working with Disney legends and learning from the masters. Then, the authors share how they broke through the glass ceiling through hard work, perseverance, and diligence. 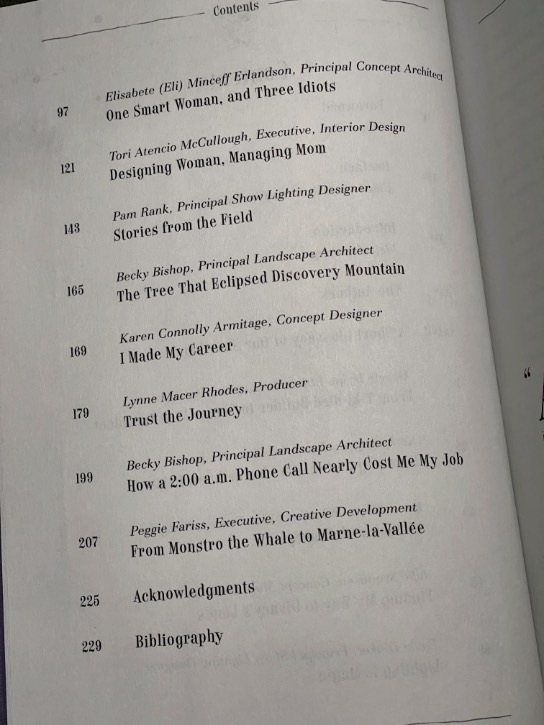 Why Should I Read Women of Walt Disney Imagineering?

All of the stories shared are as inspirational as they get, with special notice of the day-to-day workings to paint a larger picture. The book left me perplexed many times in the book based on the actions of their male co-workers and supervisors. The authors are careful not to point fingers directly, but the awful taste left in your mouth will make you wonder about the machinations of the Disney Company at the time.

One story in particular has stood with me. One of the imagineers was at a ten-year anniversary dinner with her husband. Both were celebrating ten years with the company. First up was the husband, lauded for all of his successful projects. Next, alphabetically, was the wife. She took the stage as the emcee stated that her greatest achievement was noted as marrying her successful husband. Her male co-worker was next and he accepted all of the credit for the woman’s achievements. I felt her anguish and despair as she recounted the tale. But she continued on and achieved more in her career than her counterpart.