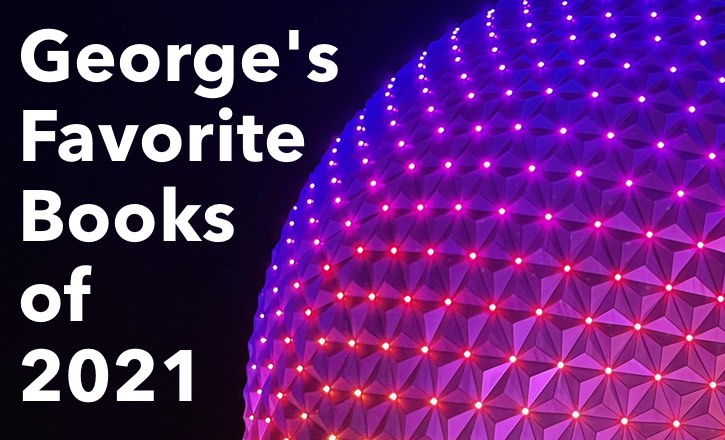 It’s time for my list of my favorite books of 2021. With over 1,200 Disney- and amusement park-related books in my personal collection, I’ve read many and have quite a few favorites. Each year, I take a look back at the recently published books to make recommendations for my fellow ImagiNERDs. My only requirement is that the book was published over the past 12 months.

Kings Island: A Ride Through Time by Evan Ponstingle 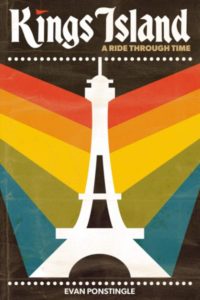 Kings Island was my home park while growing up and I always loved our annual family visits. Evan’s book is the first detailed history of the trend-setting park and it’s also extremely well-researched and written. Fans of Kings Island will adore it and amusement park fans will appreciate the history.

Nothing Up My Sleeve but Pixie Dust by Bruce Edwards 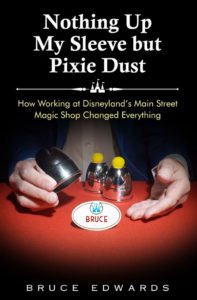 Nothing Up My Sleeve was a complete surprise on so many levels. Bruce recounts his story of working at the Magic Shop at Disneyland in the 1970s. It’s a charming and magical book that shares what being a cast member at Disneyland was like post-Walt. 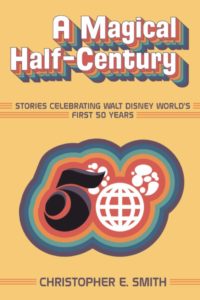 A Magical Half-Century is a collection of 16 essays that look at various facets of the first 50 years of Walt Disney World. The focus on the book is weaving  these tales to help form a non-traditional narrative of the parks. The essays provide a satisfying look at the major milestones in WDW’s history.

A Portrait of Walt Disney World: 50 Years of the Most Magical Place on Earth 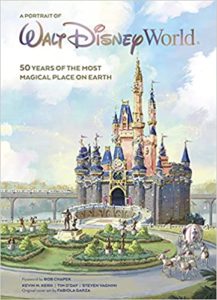 A Portrait of Walt Disney World coincides with the 50th anniversary of the Florida property. It’s an incredible job to distill more than 50 years of history into a book with fewer than 320 pages. Instead of looking at the resort chronologically, the authors hit the highlights based on four different concepts that tie the parks, hotels, shopping, and entertainment districts together. 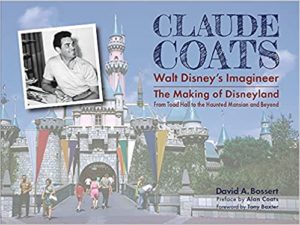 Claude Coats: Walt Disney’s Imagineer, the Making of Disneyland by David Bossert was a crowd-funded book as well as being highly anticipated by Disney fans and historians. It’s a large-format book that takes a detailed look at Coats’ work on the dark rides at Disneyland. Based on my initial page-through, it is going to be a fantastic read. 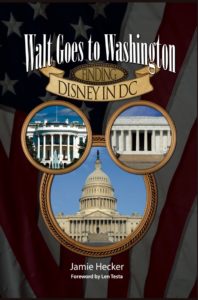 Walt Goes to Washington: Finding Disney in DC by Jamie Hecker is an interesting title that pulls together all of the interactions that the Disney Company has had with the the Federal Government. Jamie guides us through the different agencies and shares how to find Disney in the CIA, the Smithsonian, the Library of Congress, as well as Walt’s visits to DC. There is a lot of detailed history on the different agencies, which is a fantastic addition to the book.

Walt’s Disneyland: A Walk in the Park with Walt Disney 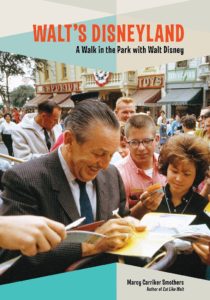 Walt’s Disneyland: A Walk in the Park with Walt Disney by Marcy Carriker Smothers was a complete surprise to me. The book shares Walt’s adventures at Disneyland through his words and through anecdotes of people that knew and worked with him. Marcy does a great job of straddling the needs of the Disney fan and historian with his title, making it accessible to everyone. 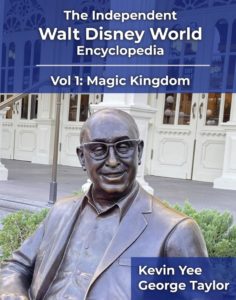 I would be remiss not to mention the book that I co-wrote with Kevin Yee. With over 400 entries, Kevin and I tackled the encyclopedia to provide a scholarly and authoritative history of the Magic Kingdom. There are entries in this book that you won’t find anywhere else!

What Are Your Favorite Books of 2021?