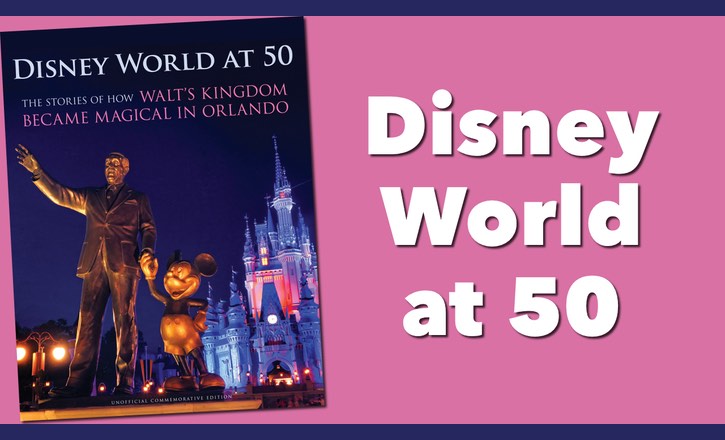 Disney World at 50: The Stories of How Walt’s Kingdom Became Magical in Orlando by the Orlando Sentinel

On the heels of the fantastic Disney book on the 50th anniversary of Walt Disney World comes a look at the first 50 years from the Orlando Sentinel. That’s right, the Orlando newspaper that broke the story about Disney coming to Orlando has just released an unofficial book on the history of the Vacation Kingdom of the World. So, is Disney World at 50: The Stories of How Walt’s Kingdom Became Magical worth grabbing?

The 176 pages features stories and memories from Orlando Sentinel reporters and staff from before opening day through Disney reopening in the midst of the global pandemic. Each page features multiple photos, many of which have only been shared in news articles.

You can order from the Orlando Sentinel Store.

Are You Going to Add this Book to Your Collection?