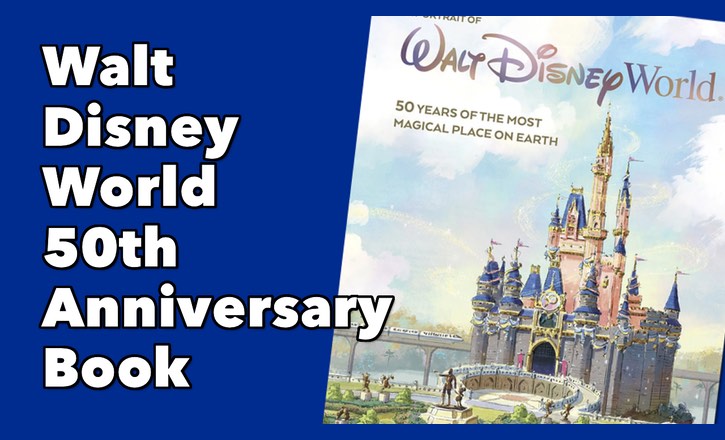 A Portrait of Walt Disney World: 50 Years of the Most Magical Place on Earth Review

One of my favorite Disney books is Jeff Kurtti’s Since The World Began, Walt Disney World: The First 25 Years. It was the first official publication covering WDW history and Jeff is renowned for his ability to amalgamate historical pieces into well-researched and poignant works. Disney Publishing has just released A Portrait of Walt Disney World: 50 Years of the Most Magical Place on Earth celebrating the 50th anniversary of the Vacation Kingdom of the World.

I was a bit dubious about the book since the most recent Disney publications have been very hot or miss. The cover worried me since it was a very different art style from most Disney-related titles. But, it was a fairly large book, so I held out hope that it would

Are You Going to Pick Up This WDW history Book?