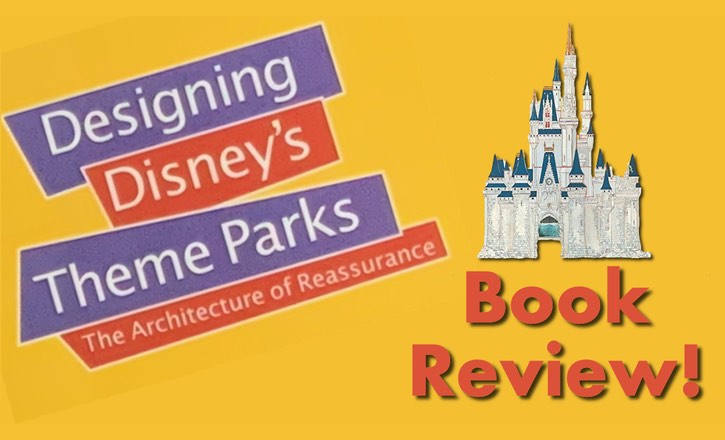 Designing Disney’s Theme Parks: The Architecture of Reassurance was first published in 1997 and was edited by Karal Ann Marling. The book is a collection of essays, including a longer one by Ms. Marling, that takes us in-depth with the processes, thoughts, and philosophies of designing Disney themed spaces. There are 224 pages and the book weighs in at almost 3.5 pounds. It’s a large-format book, which means the concept art and photos are reproduced in a fairly large size.

Do you own a copy of the book? Did you ever get to the the art exhibit?

The exhibit that spawned the book is one that I wish I’d bee able to visit, especially in the late 1990s. As I mentioned in the video, this book was published near the end of the Disney Decade, when Michael Eisner was touting the modern architecture that the Disney Company was proliferating. Eisner was working with the biggest and most acclaimed architects of the day, whenever it was for resorts, corporate buildings, or planned communities. This was all oa time before the advent of blogging and vloggers, so there were very few places to get information about Disney theme parks. (Seriously, how did you ever find out bout the latest cupcake without vlogging?!?!?!) Designing Disney’s Theme Park was also one of the first forays into the scholarship of Disney. Another great title to check out is Stephen Fjellman’s Vinyl Leaves, one of the very best sociological treatises on Disney World and a walk-through of every queued attraction at WDW around 1990. Trust me, you want both of these books!

Looking for other books about Walt Disney World? Check out my list of WDW books!