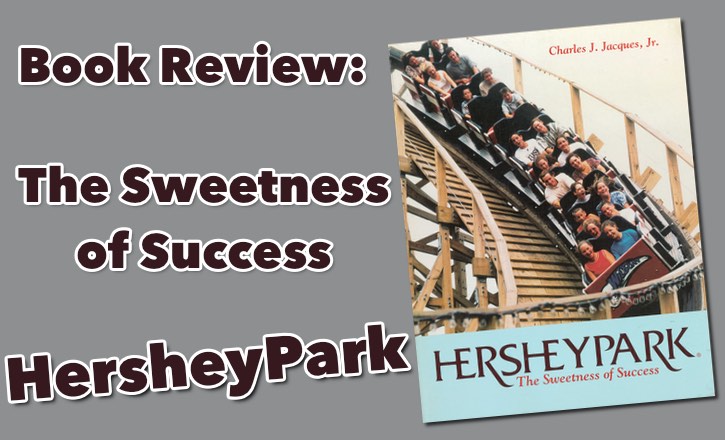 HersheyPark: The Sweetness of Success was published in 1997 by noted amusement park historian Charles J. Jacques. The 221 page book covers the history of the famed park built by M.S. Hershey from its inception to the mid-1990s. Fans of HersheyPark will love this book as Jacques created a work that offers a unique perspective on how this park grew from a company picnic ground to one of the premier parks in the world. 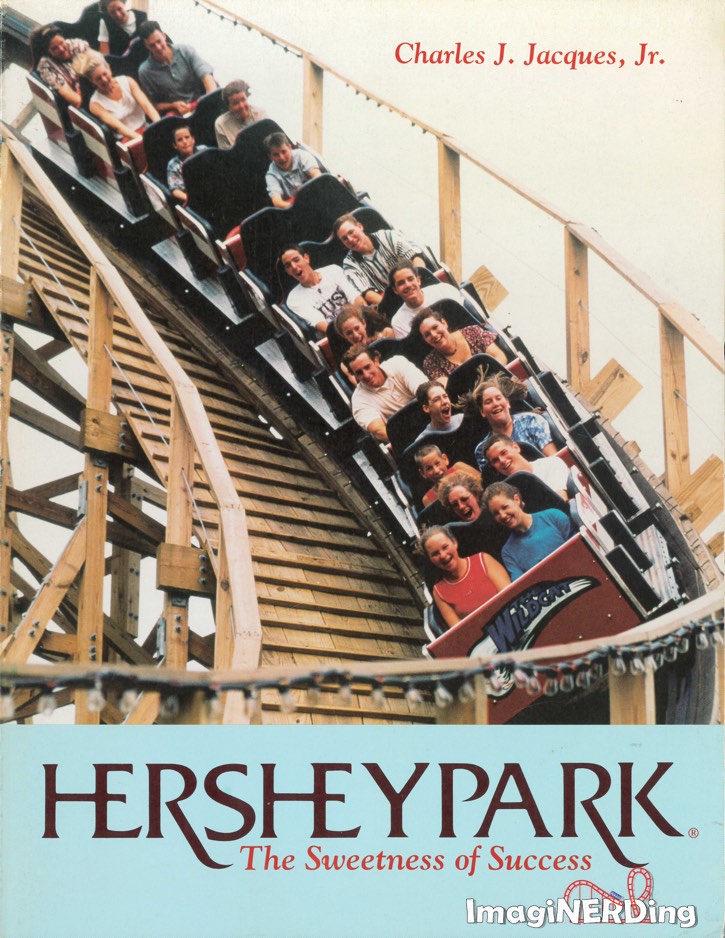 Jacques begins the tale with Milton Snavely Hershey (referred to as M.S. Hershey in the book), a figure that dominated the confection industry and helped define standards for amusement parks (rather unintentionally). Most Disney fans will easily spot the resemblance between M.S. Hershey and Walt Disney. Both ascribed to create a legacy beyond themselves. Hershey focused on the community that he had built for his employees and the ensuing community park that evolved into HersheyPark. Disney, always forward thinking, worked on his designs for planned community centered around the Florida property, as well as innovations in entertainment.

The Importance of HersheyPark

Why You Should Read This Book

Jacques really knows his stuff. He grew up in Pennsylvania visiting the local parks as a child and then returned with his children. Obviously, from this book and his book on Kennywood, Jacques spent a lot of time documenting the park with photos and by collecting ephemera. Any fans of HersheyPark are going to love the in-depth history while amusement park fans will want add this book to their collection as it is a wonderful example of a pertinent and engaging book. 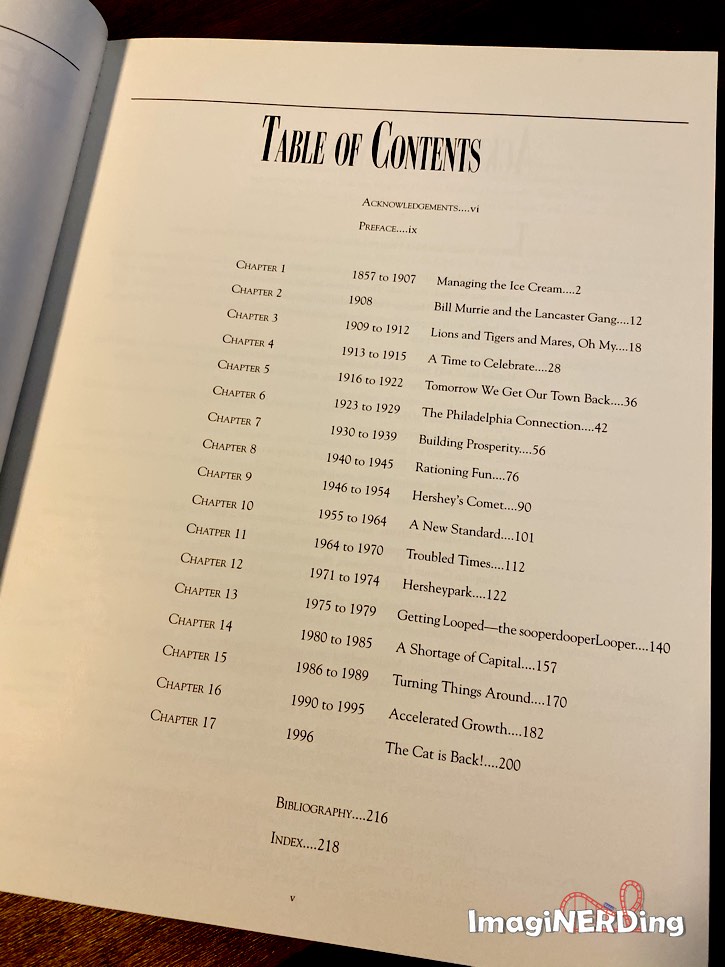 Yes, the book ends at 1996, so we are missing 25 years of current history, but anyone familiar with HersheyPark from the 1980s or earlier will devour this book.

Within the 17 chapters, Jacques weaves a story of HersheyPark that shares the history of the park, the people, and the community. The park was always community-focused, and this is obvious based on the narrative of the first 50 years.

Inside HersheyPark: The Sweetness of Success

The book is replete with photos. Many are from the Hershey Community Archives and straddle the life of the park. The first few chapters focus on M.S. Hershey and his rise to fame. Jacques introduces the key players of the park and how it came to be. 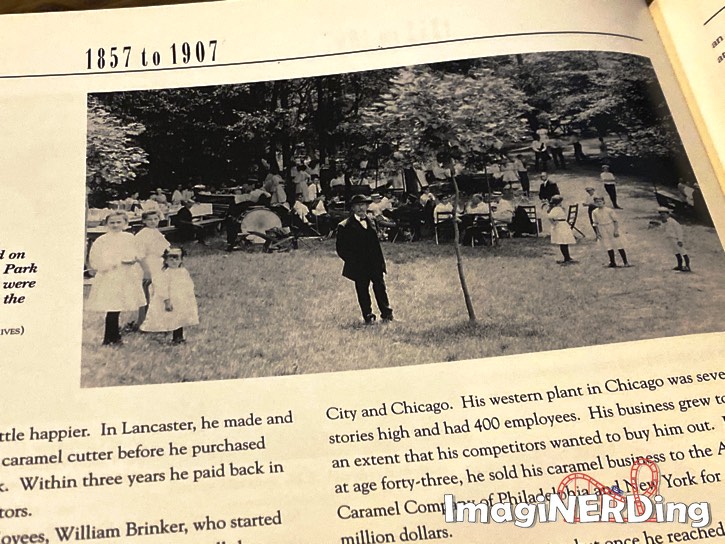 Jacques traces the history of the park’s development through maps, newspaper articles, and interviews. He shares highs and the lows of the park, which were mirrored by M.S. Hershey’s success, as well. When the company was doing well and M.S. Hershey was flush with resources, he spent more on the park, usually in the forms of new attractions or landscaping. During the lean years, or when the Hershey Company was facing financial woes, the park suffered, as well.

When M.S. Hershey was alive, he usually funded park expansions with his own money. 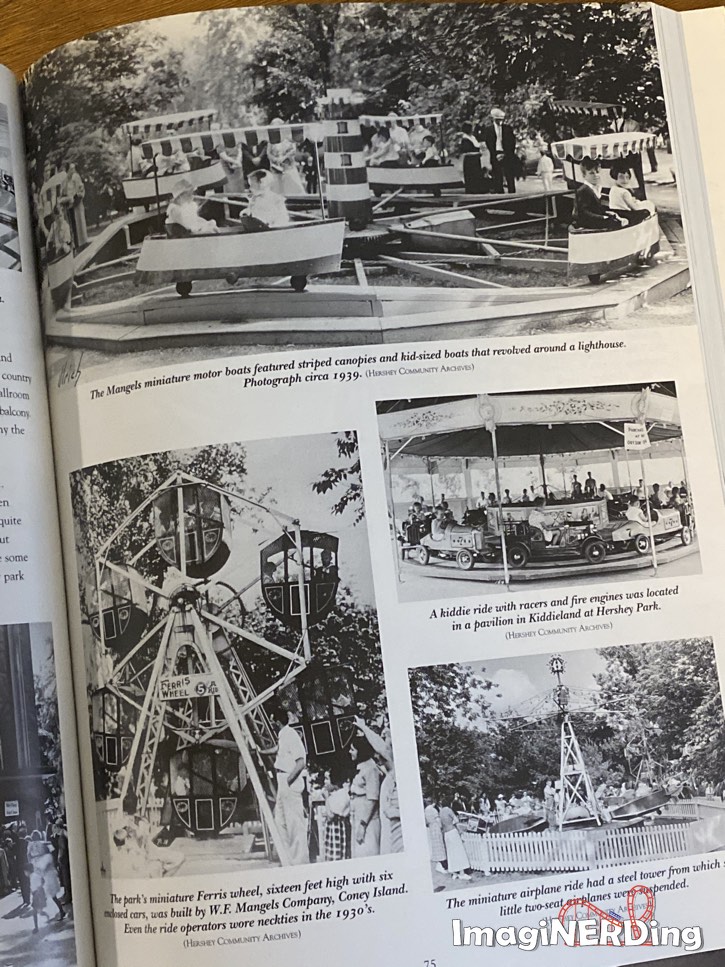 He also covers the litany of performers and special events throughout the years. It’s rare to find a resource that delves so deeply into the culture and history of an amusement park. I commend Jacques for his attention to detail and ultra-nerdiness concerning the park’s history. The story he tells is more than just of an amusement park, but he includes the community, of which it’s hard to discern where one starts and ends. 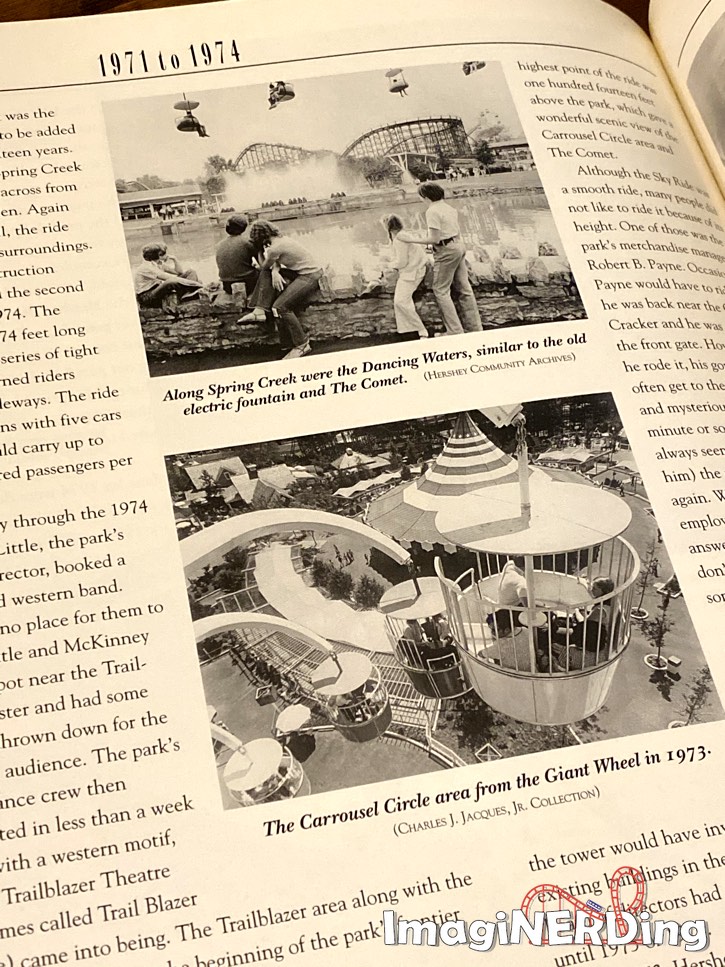 Documenting the history of any place requires a firm grasp of the subject and the ability to properly frame the story. Jacques never buries us in an avalanche of facts and figures that don’t propel the reader and the story. Jacques is able to structure the story in regards to the timeline of the park so that you can follow and keep up with all of the changes.

Why This Book is Important

Jacques’ book is a rare look at the development of a community park as it evolved. HersheyPark grew into a trolley park then into an amusement park and, finally, into a world-class theme park. You get a solid overview of what the history of American amusement parks was.

If I had one wish for the book, it would be to have more space to breath. In other words: more pages in the book would have allowed Jacques to spend more time discussing the rides. He covers so much history that it can be overwhelming, but that’s good for a history book. 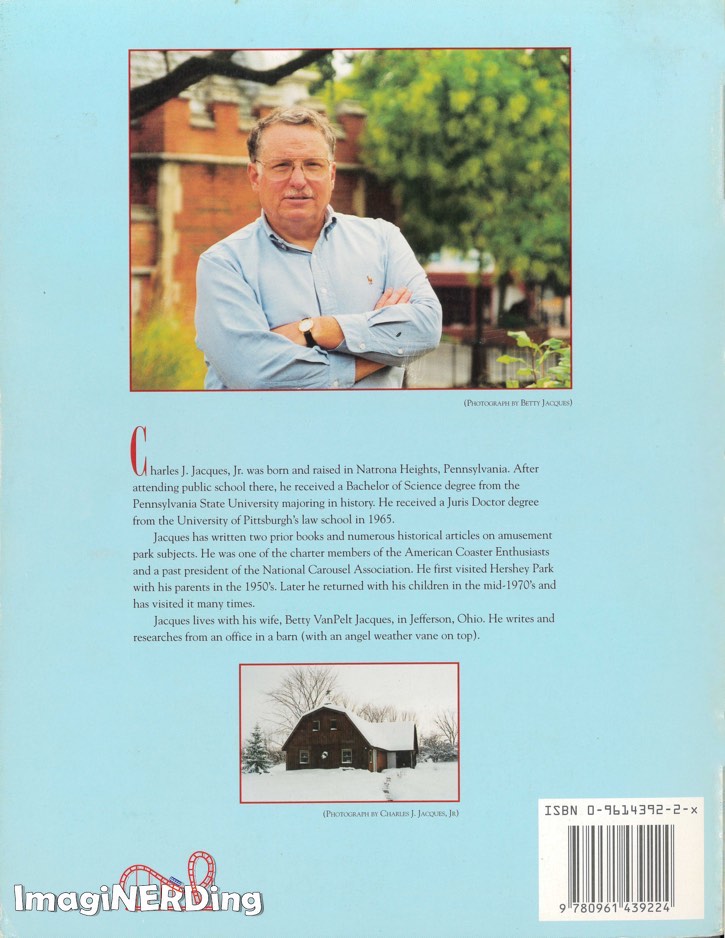 HersheyPark fans need to own this title. Amusement park fans will enjoy it, as well.

Have you visited HersheyPark? What’s your favorite ride?

Check out my video on the history of amusement parks