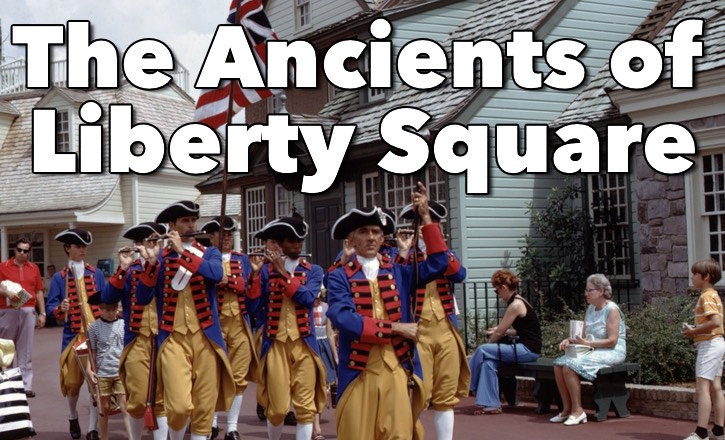 The Ancients of Liberty Square

“And the fifes they made a fearsome sound, and the long roll of the drum did strike terror unto the enemy.” Anonymous…1779.

Special thanks to RetroWDW for use of the photos of the Fife and Drum Corps from Liberty Square.

Brandywine, Bunker Hill, Yorktown, and Valley Forge are familiar names that ring clearly across the long reaches of history. Almost every American schoolchild has read of the battles waged there by the Continental Army of General Washington. But the pages of history can only summon up silent images, they cannot conjure up the fierce sounds of the piercing fifes and booming drums that routed the Redcoats during the Revolution. 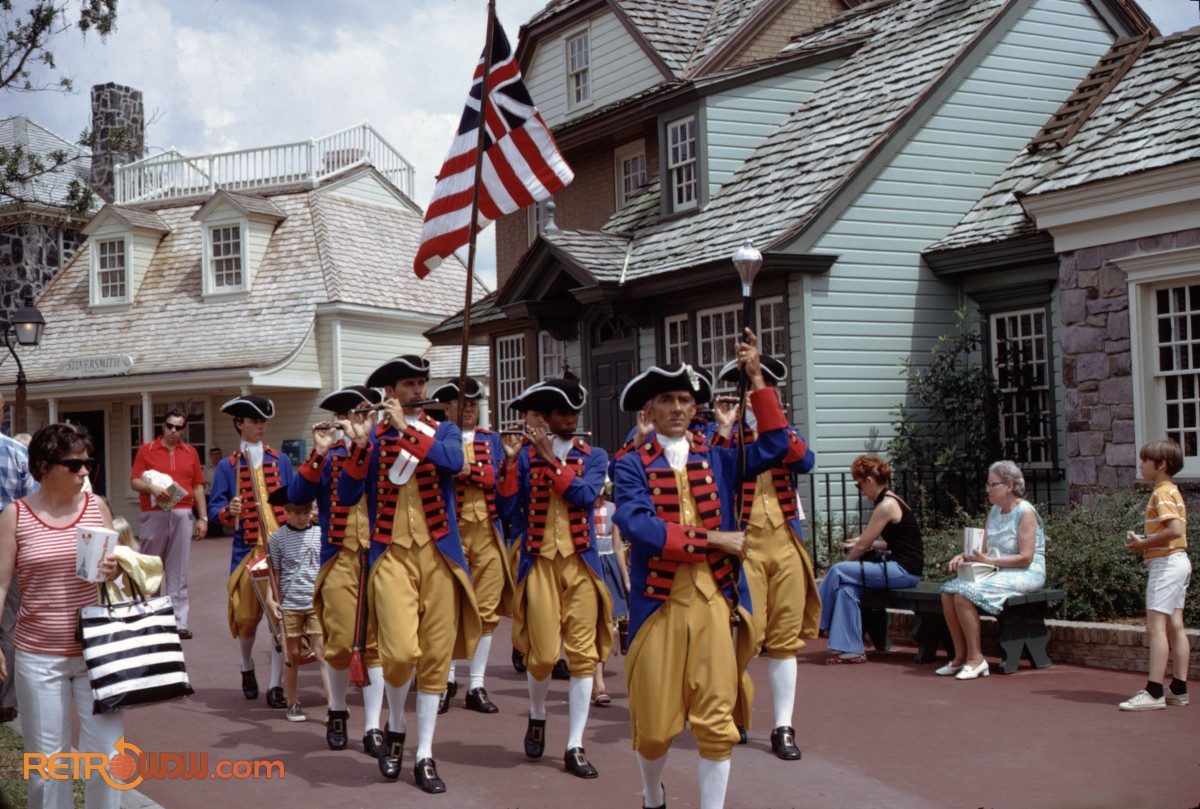 The Liberty Square Fife and Drum Corps is composed of eleven musicians—five fifers, four drummers, one color bearer, and one drum major—dedicated to preserving the ancient style of fifing and drumming. Known as “Ancients” among devotees of fife and drum music, the corps was organized and trained by George P. Carroll, formerly Director of the Colonial Williamsburg (Virginia) Fife and Drum Corps and one of the foremost drum authorities in the world.

“The art of fifing and drumming is very old,” George explained. “It is martial music, actually, and was used to issue commands on the field during battle.The drum, principally, beat the different commands, and the fife was used as accompaniment. 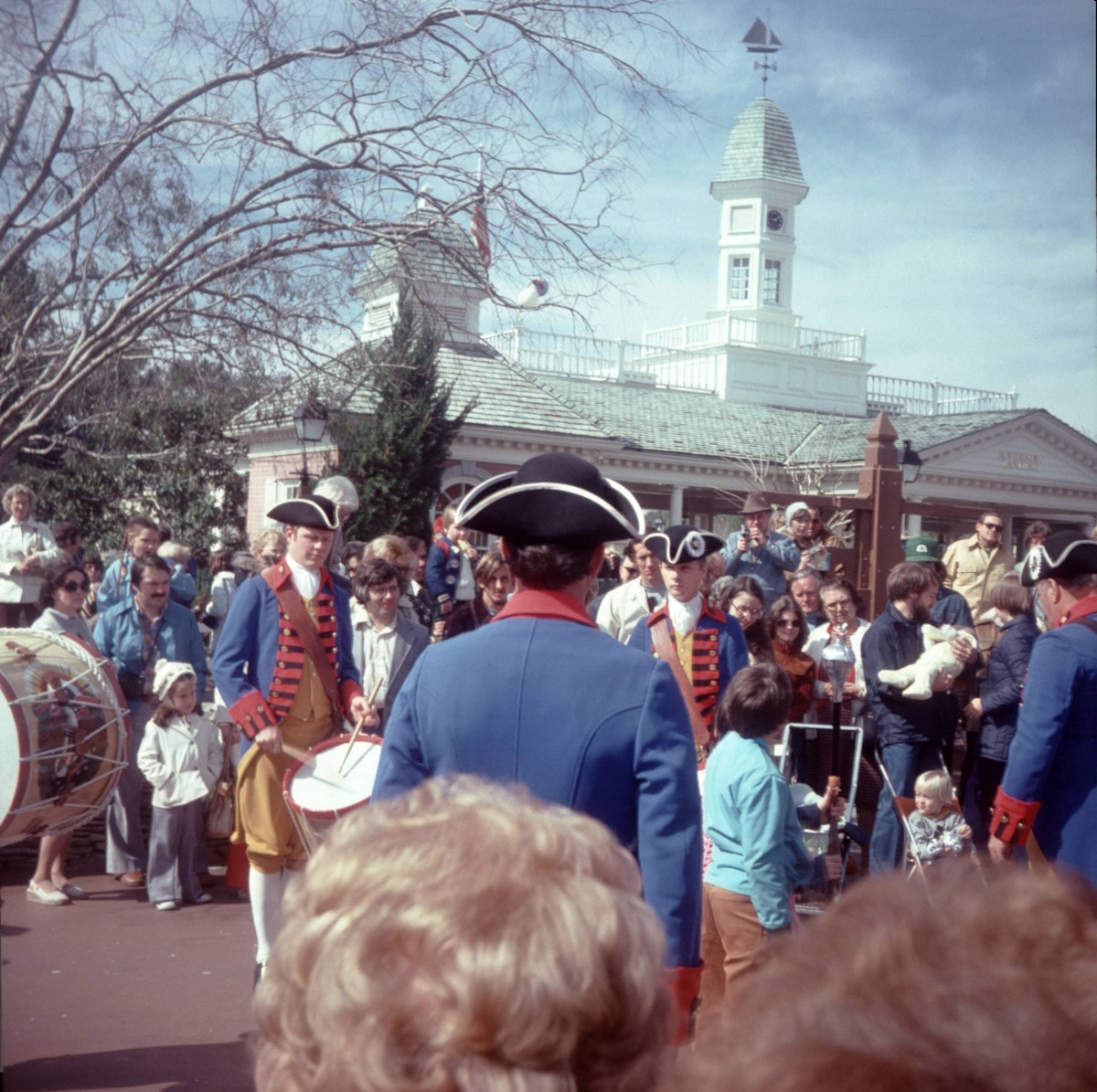 “Ancient fife and drum music arrived in this country via Europe prior to the American Revolution and is quite unlike contemporary military music. Today’s instruments are different in size and composition and the cadence or marching beat is much quicker. Even though tunes dating back to the Revolution are still played—like “Yankee Doodle”—the versions are generally modernized and not authentic.

“To qualify as an Ancient Corps, a group must fulfill certain requirements. Uniforms, instruments, tempo, and tunes must be as authentic as possible.” 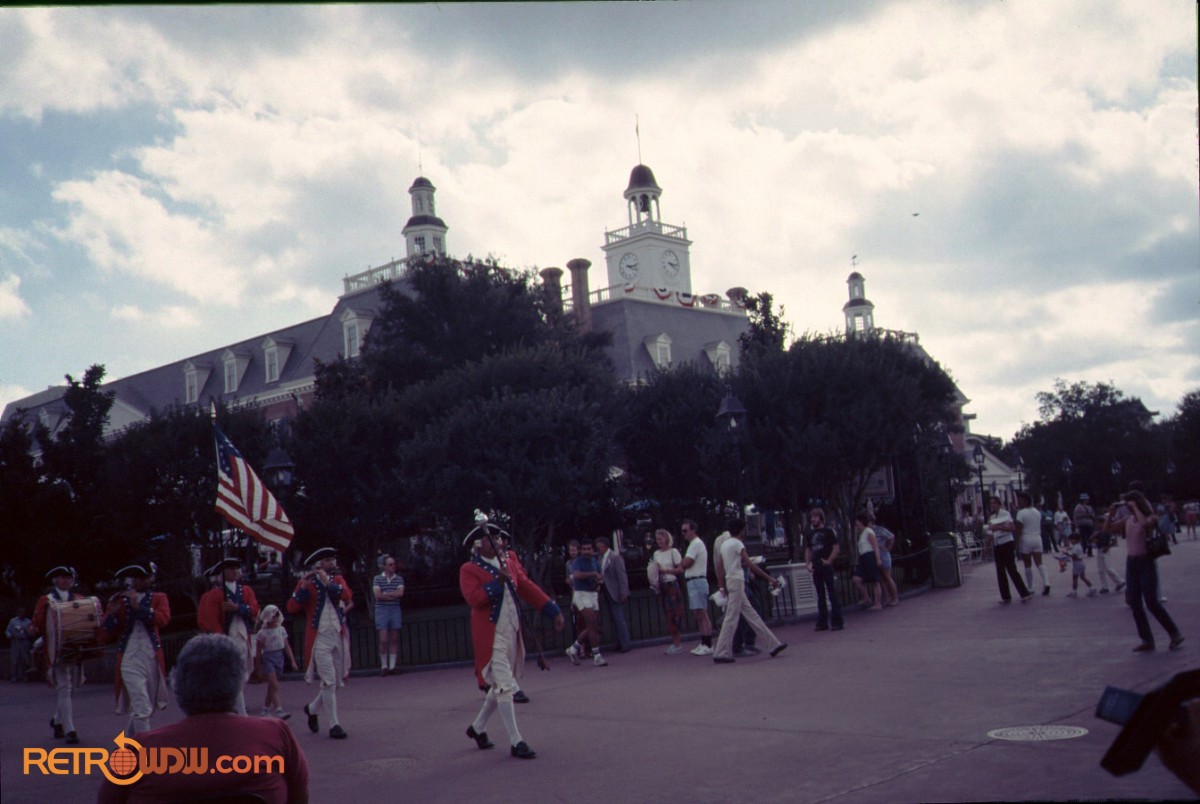 The “Ancients” of Liberty Square wear uniforms that closely resemble those worn during the Revolution. Dark-gold knee breeches and waistcoats are worn under long-tailed jackets of bright blue with royal red cuffs and lapels. A black tricornered hat with a white cockade is precisely centered on each man’s head.

The instruments of the corps are exact replicas of those used during the Revolution. The six-holed fifes are 17 inches long and handmade from boxwood, a wood that is increasingly hard to find. The three snare drums and the one bass drum are also handmade with an American eagle emblem painstakingly painted by hand on their Birch plywood shells.

“Our drums are very special for several reasons,” George pointed out. “First, of course, because they exactly reproduce the drumming of 200 years ago—and until you’ve heard that sound you haven’t heard anything! And, second, because they were the last drums made by the famous drum maker Charles Soistman before his death last year.

“Mr. Soistman was acknowledged to be the greatest maker of antique drums during his lifetime. He came from a long line of drum makers that began with his great-grandfather who made drums for the Union Army during the Civil War. A drummer can recognize the timbre of a Soistman drum immediately.” 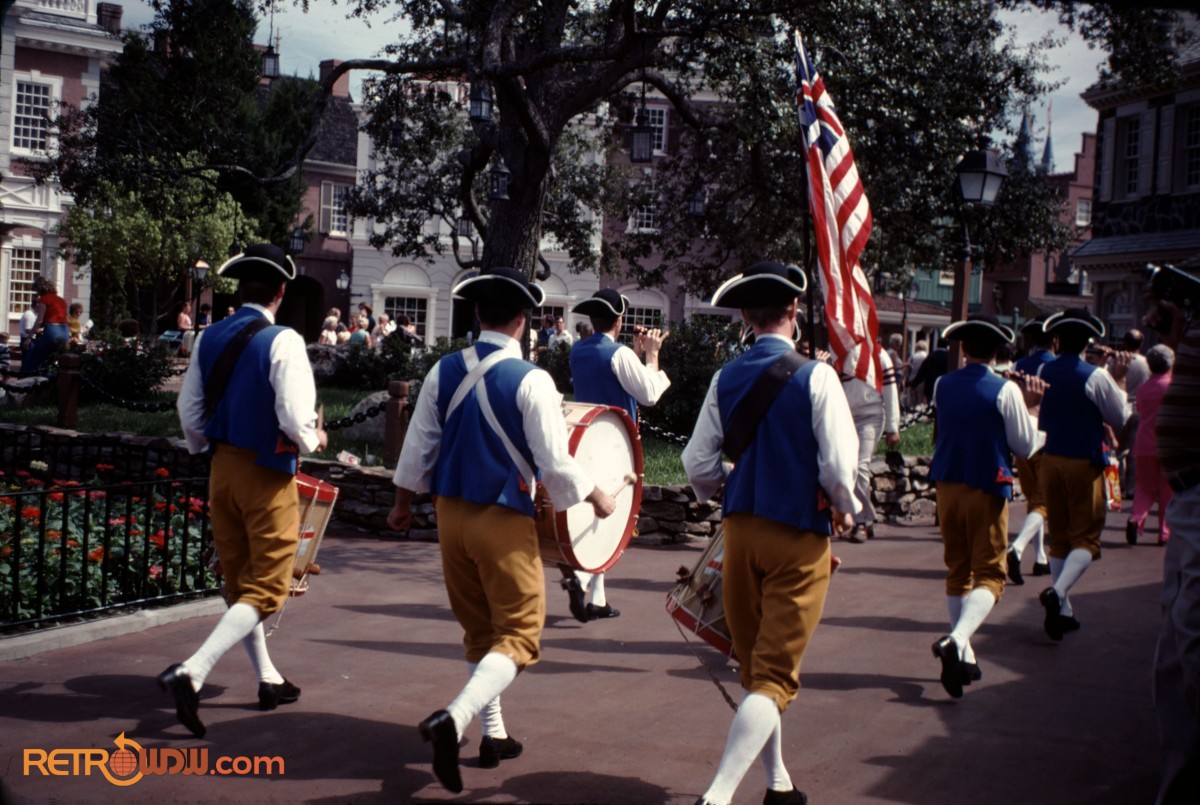 The rope-tension snare drums created by Charles Soistman for the Liberty Square drummers are much larger than modern drums with wooden shells and leather heads. On a clear day, the sounds of the drummers can be heard for several miles.

“You have to remember,” said George, “that these drums had to be heard over the sounds of neighing horses, cannon fire, and rifle shots. “To give you an idea of just how loud and effective they were,” he continued, “two sisters in Massachusetts, Abigail and Rebecca Bates, were able to scare off a British warship by playing one fife and one drum while hidden behind a sand dune. The British decided against landing troops because they thought a regiment of militia were preparing to fight. And that,” he laughed, “is not a drummed-up story.”

When the men of the Liberty Square Fife and Drum Corps came together one year ago, several of them had never held a fife or heard a Revolutionary drum. Hard work, extensive research, and great pride have earned them the right to be called a truly AncientCorps.

And when the visitor to Liberty Square hears the fifes and drums render the ancient tune of “Yankee Doodle,” he will hear the same sounds heard by General Cornwallis when he surrendered to General Washington at Yorktown on October 19, 1781.

Do you remember the Fife and Drum Corps from the early years of Liberty Square?

Check out my book review of Disney’s America on Parade.

One thought on “Fife and Drum Corps of Liberty Square”