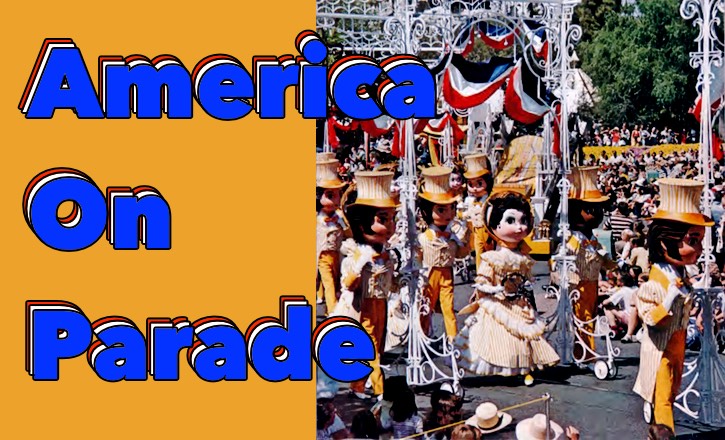 America on Parade was one of Disney’s first “Just-Over-a-Year” celebrations. America was in a frenzy over the Bicentennial Celebration in 1976 and there was no end to the parades and events over the summer of 1976. You could even attribute Liberty Square and the Hall of Presidents to the fervor over the Bicentennial. The Fall 1975 Disney News offered a preview of the parade that was over two years in the making! 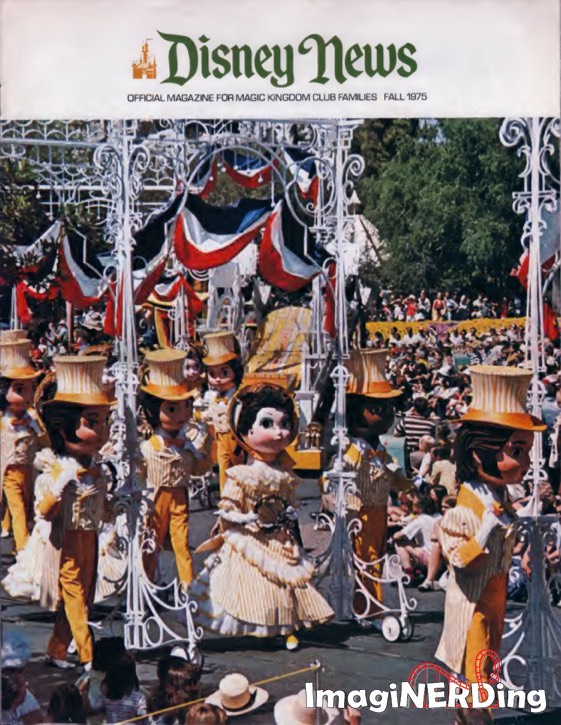 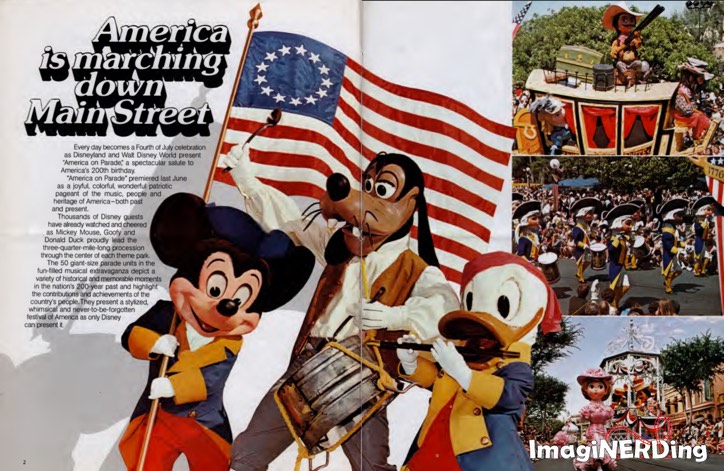 Every day becomes a Fourth of July celebration as Disneyland and Walt Disney World present “America on Parade,” a spectacular salute to America’s 200th birthday. “America on Parade” premiered last June as a joyful, colorful, wonderful patriotic pageant of the music, people and heritage of America- both past and present. 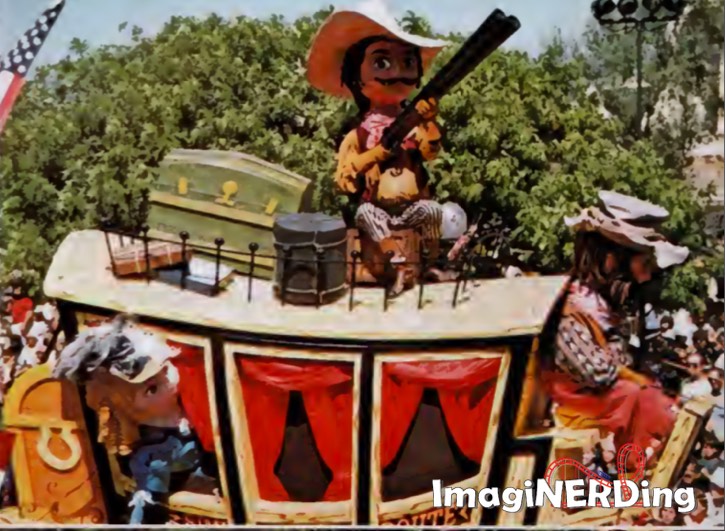 Thousands of Disney guests have already watched and cheered as Mickey Mouse, Goofy and Donald Duck proudly lead the three-quarter-mile-long procession through the center of each theme park. 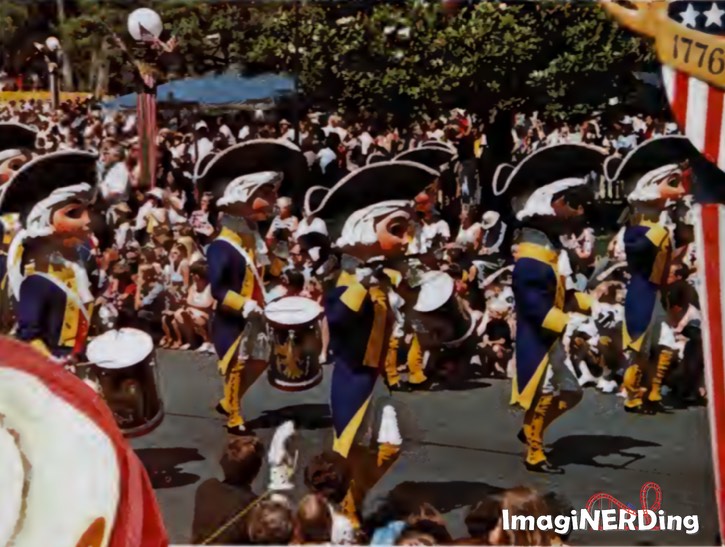 The 50 giant-size parade units in the fun-filled musical extravaganza depict a variety of historical and memorable moments in the nation’s 200-year past and highlight the contributions and achievements of the country’s people. They present a stylized, whimsical and never-to-be-forgotten festival of America as only Disney can present it.

Towering above the throngs of young and old who gaze with delight and amusement are Disney’s newest creations, the eight-foot-high, doll-like “People of America’-from Indians to auto drivers, Can-Can dancers to Ben Franklin, a Keystone cop to Uncle Sam—they dance their way through America’s history and into the hearts and memories of those who watch one of Disney’s most unique and delightful creations. The parade, which features more than 150 people, is performed at both Disney theme parks daily at 3:00 p.m. During the summer months and some holidays there will be special evening performances of the parade followed by a red, white and blue fireworks display. As an extra attraction, each week the parade will salute one of the 50 states. 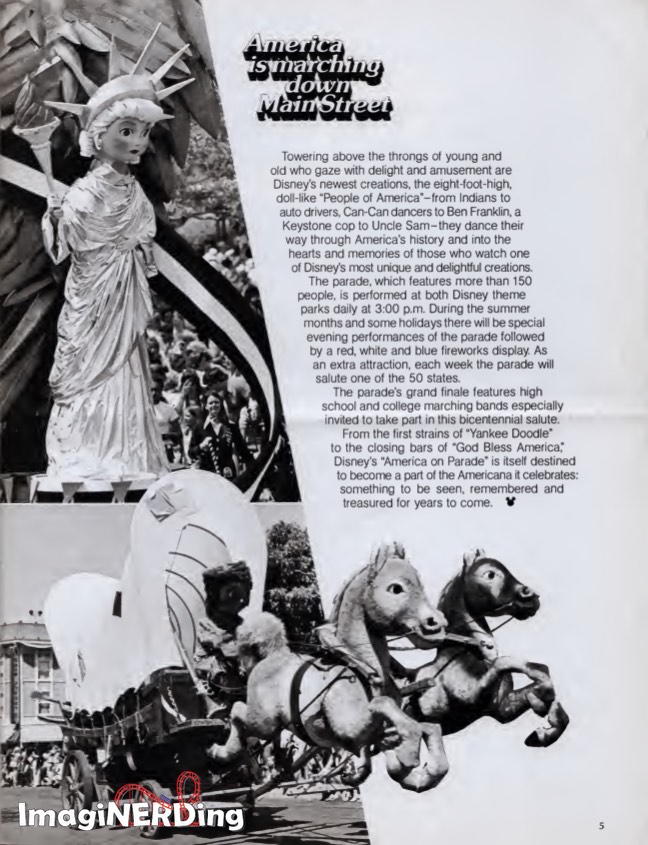 The parade’s grand finale features high school and college marching bands especially invited to take part in this bicentennial salute. From the first strains of “Yankee Doodle” to the closing bars of “God Bless America,” Disney’s “America on Parade” is itself destined to become a part of the Americana it celebrates:
something to be seen, remembered and treasured for years to come.

Did You Ever Get to Experience Disney’s America On Parade?

Check out my book review of Disney’s America on Parade.