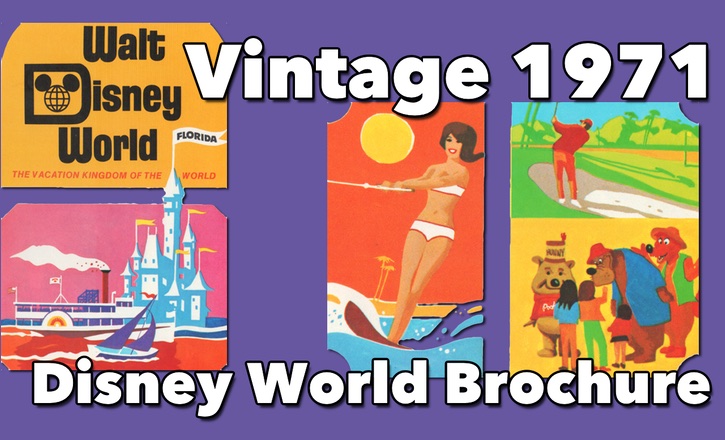 A great way to check out the Walt Disney World of the past is through the ephemera (usually defined as brochures and pamphlets) that was produced and distributed. The items were not meant as keepsakes, hence their ephemeral nature, but as a means of advertising. For historians, ephemera is a great way to check prices and changes with the resort over the years.

In 1971, Disney released two brochures about the opening of Walt Disney World.One is considered the pre-opening version and is marked with Opens October 1971 on the cover. The one released after opening is missing the opening date text but includes information on packages and prices. But they both offer some incredible insight into the fledgling Vacation Kingdom of the World.

What Do You Think About This opening Disney Brochure?