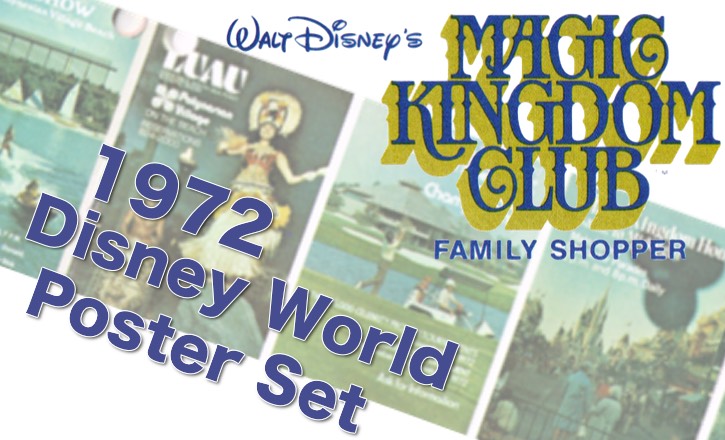 Walt Disney World Poster Set. Another Magic Kingdom Club exclusive! This set of original Walt Disney World posters can now bring all the beauty of this vacation resort into your own home. Printed exactly as they appear in the Contemporary Resort Hotel, these 19″x 26″ prints will make an attractive addition for any den, play room, or family room. Family Shopper Price . . . $7.50 a set.

Let’s take a closer look at each of the six posters that hung in the Contemporary Resort in 1971 and 1972. 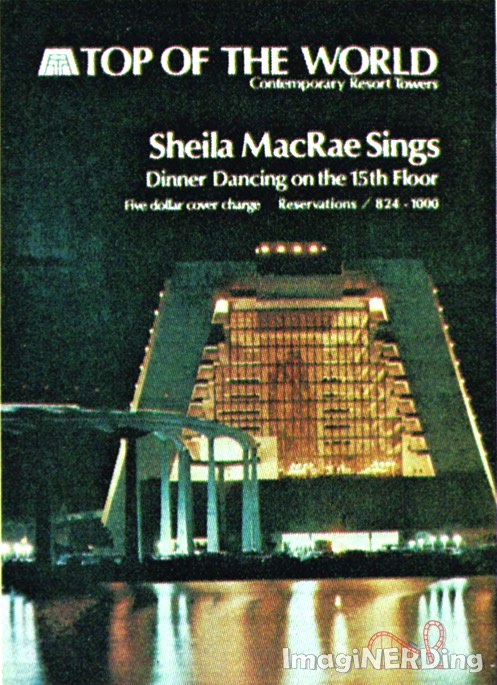 So, who was Sheila McRae? She was an actress and singer who worked mostly in the 1950s, 1960s and 1970s. She would have been familiar to audiences from her roles on The Jackie Gleason Show and General Hospital. 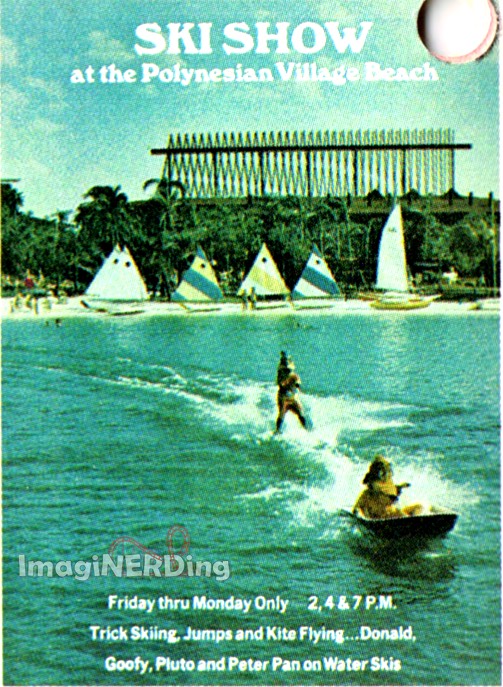 Character skiing on Seven Seas Lagoon has been in operation for most of Walt Disney Word’s history. Although, I haven’t seen many images of Peter Pan skiing. Have you? 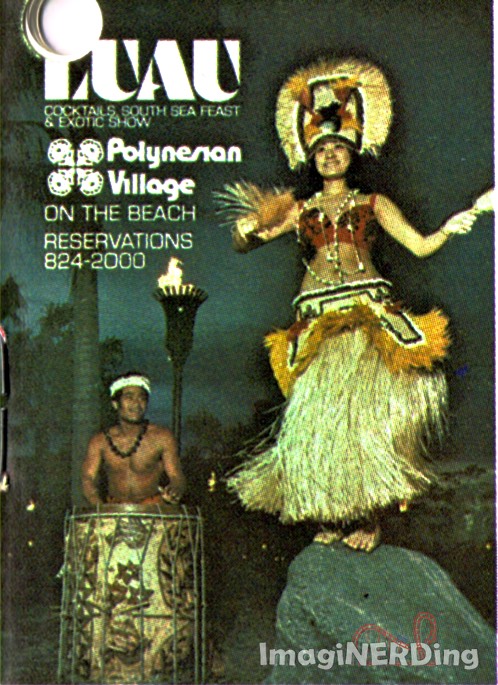 Golf has always been a driving force behind the construction and development of Walt Disney World. The executives at Disney were major golfers and spent many hours at Disney’s Golf Resort partaking in the sport.

What an interesting poster promoting the hours of the Magic Kingdom. I’m confused by the hours listed (8a.m. to Midnight), since even during the first few years, the Magic Kingdom’s hours would vary. Holiday and summer hours were often 8a.m. or 9a.m. until Midnight, while weekday hours were typically from 9a.m. to 6p.m. Maybe this poster was changed daily? That makes sense to have an easily changeable poster that would promote the daily hours the Magic Kingdom.

The Fort Wilderness poster is the most intriguing reference to the Vacation Kingdom of the World from this set. Guests and potential visitors would have early associations with Cinderella Castle, the Polynesian, the Contemporary, or, even, golf, in relation to Disney World. But Fort Wilderness was still a new and evolving experience for the time.

The poster displays three people with horses as they navigate a scrub trail. The image seems blurry, at first, until you realize the photographer has placed a pine tree in front of the subject. The focus is still on the people, but it makes you feel as if you are hiding behind the trees and you’re spying on the riders.

Do You Remember Seeing These Posters? Did You Own Any of Them?