Disney: Accept People As They Are!

Destination…Walt Disney World is the employee manual that was used during the first few years of the Vacation Kingdom of the World. It was a 24-page publication that expressed the values of the Disney Company and how the hosts should treat the guests and each other. In the middle of the publication are four tenets that hosts were to adhere to when on stage: 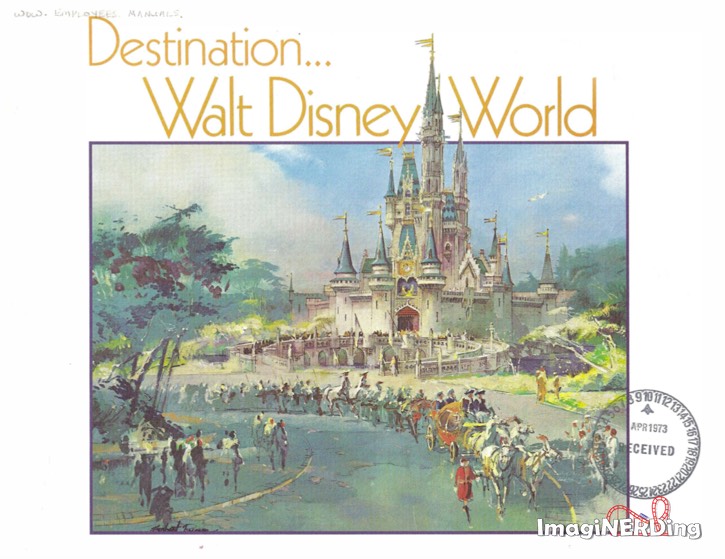 Each of the four tenets of Walt Disney World hosts were outlined with examples and bulleted lists. Let’s take al look at Disney’s thoughts on accepting people as they are, specifically the guests that were visiting the Vacation Kingdom.

Accept People As They Are

Our ultimate goal at Walt Disney World is the creation of happiness for others. Were not reformers . . . remakers of the complex human element. We give everyone the same VIP treatment regardless of race, creed. color, politics or color of sport shirt.

We ask that you leave your prejudices at home before you come to work. Within Walt Disney World, you must accept people as they are…not as you might prefer them to be.

We must constantly remind each guest that were glad that he or she is here—with us—as our guest…that he or she belongs in Walt Disney World. 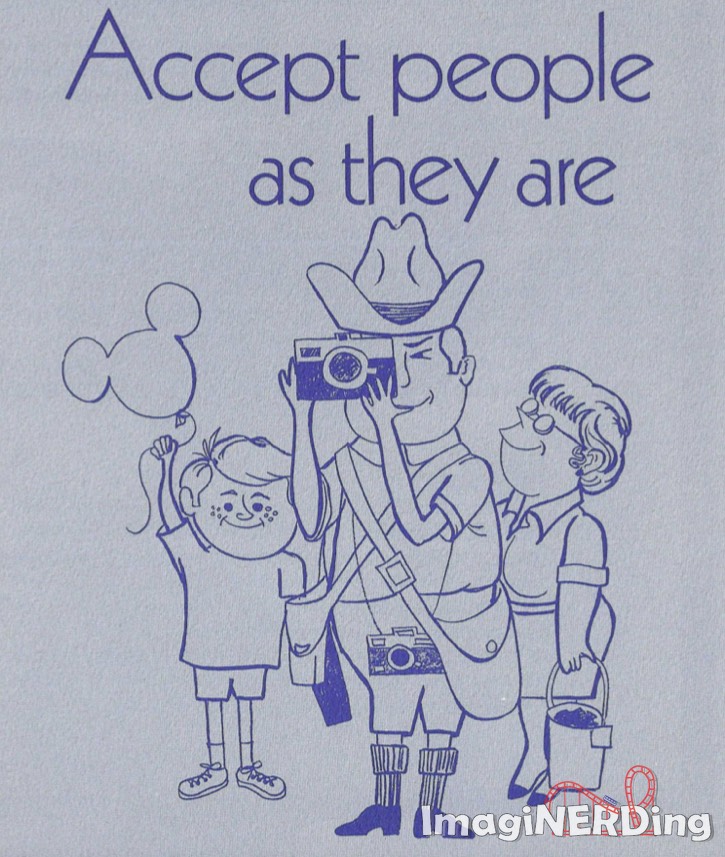 Were you a cast member at Disney World in the 1970s? Leave me a comment and let me know!