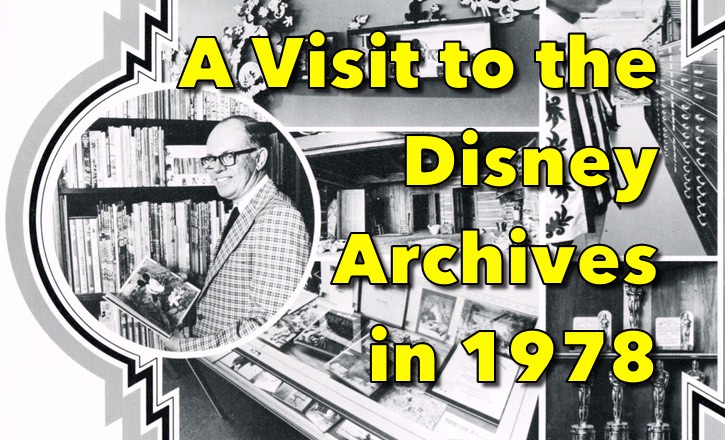 The Disney Archives from 1978

In the Winter 1978/1979 issue of Disney News (Vol. 14, No 1), there is an article on the Disney Archives, which was located in the Roy O. Disney Building on the Burbank Studio lot. The building was the original administration building for the studios and held the office for Roy O. Disney. Currently the Archives are on the first floor of the Frank G. Wells Building.

All of us enjoy a stroll down memory lane from time to time, but rarely do we have the opportunity to make a sentimental journey that compares with a visit to the Walt Disney Archives.

Located at the Disney Studio in Burbank, the Archives is a museum for nostalgia buffs, a library for historians and scholars, and a veritable treasure chest for Disney devotees This intriguing research facility was established in 1970 to collect and preserve an infinite variety of materials relating to Walt Disney and the entire Disney organization. However, the Archives is historically significant for the entertainment industry as well as Walt Disney Productions. According to Disney archivist Dave Smith, not all film studios have made the effort to preserve their history and have consequently lost a wealth of information.

Several separate endeavors anticipated the forma­tion of the Disney Archives. Historically conscious secre­taries and Disney employees had saved letters, memos, character merchandise and other “collectibles” In addi­ tion, the Studio Records Center had saved important legal and financial documents, while a clipping service had stocked Disney publicity files since 1924. During the late sixties, the Disney family and Studio management recognized the need for an organized resource center where one could readily obtain information dealing with all the facets of the now expanded and diversified Walt Disney Productions. 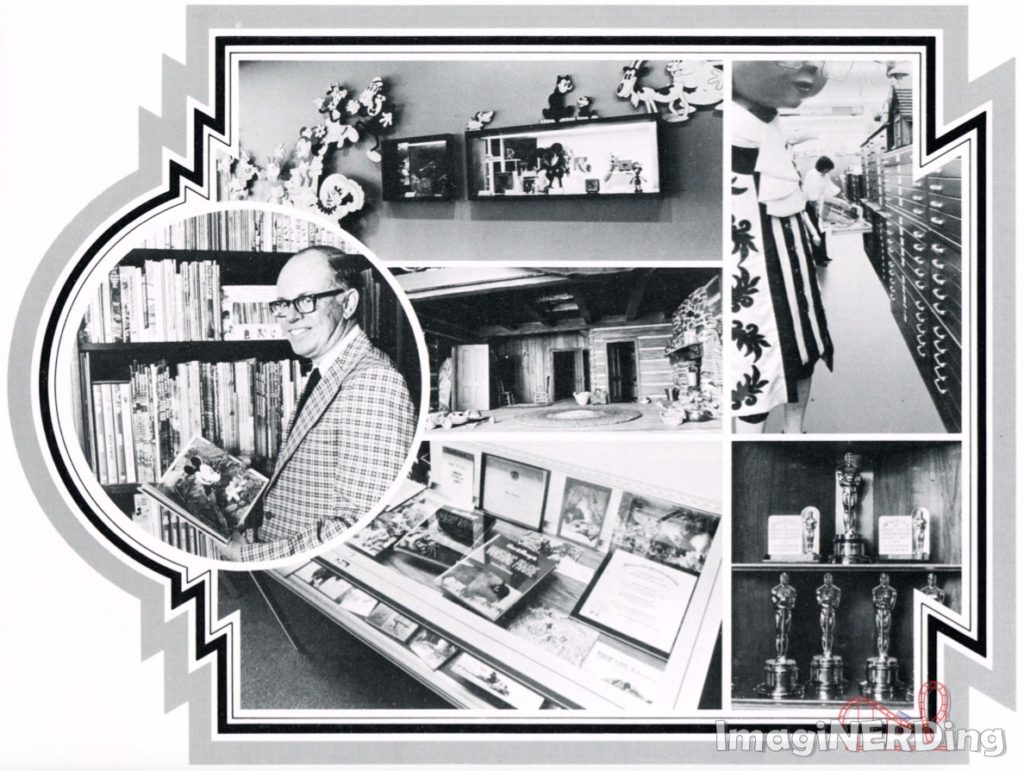 In 1970, Dave Smith-a former UCLA reference librarian who had interned in Washington’s Library of Congress-joined the Disney organization to supervise the establishment of a suitable archives facility. The present Archives found a permanent home on two floors of the new Roy O Disney Building at the Studio in 1976.

A visit to the Archives is like peering into a time capsule of film history, although much filed information focuses on Walt Disney , the man, and his family Letters, personal effects, tape recordings and speech transcripts, personal gifts, and photos from the famous and infamous, office furnishings, awards, Disney family genealogy and more than 8,000 family photos help record the life and career of the man named “Showman of the World’.’

In addition, a complete collection of domestically published Disney books, magazines and comic books has been cataloged, along with foreign publications. An impressive music library includes records produced by the Walt Disney Music Company, plus discs released on other labels, tape recordings and sheet music.

The fascinating visual story of each Disney ani­mated classic is told with original sketches, storyboards, animated drawings and painted cels. And, a storehouse of publicity materials, physical models, negatives and photographic stills document the development of Disney Theme Parks, resorts and future projects. 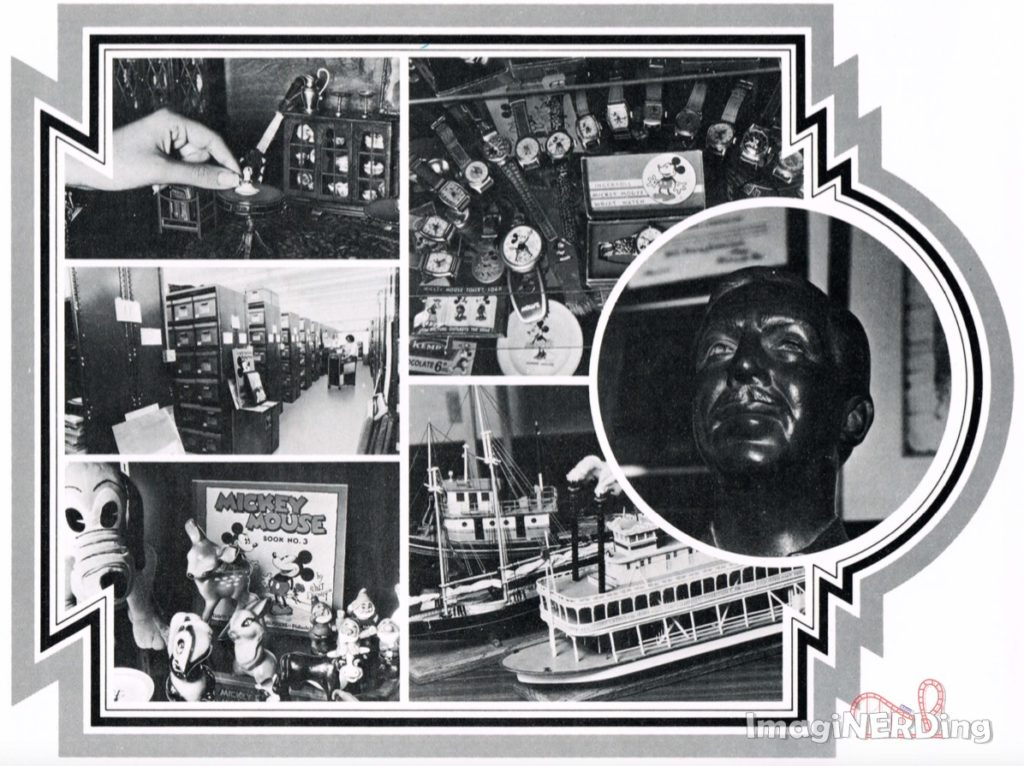 Another boon to researchers is an accumulation of indices, catalogs and files – providing quick access to annual and stockholder reports, merchandise licensees, military insignia produced by Disney, plus studio personnel and talent biographies

The Archives houses a colorful assortment of costumes and props from old Disney movies. Although Studio films are stored in separate vaults, the Archives helps to locate original cartoon prints or vintage films.

Besides maintaining and enhancing these incredible collections, Dave and his assistant, Paula Sigman, per­form service-oriented activities for Disney employees and the general public. Dave is often called upon to authenticate artwork, Walt’s signature, souvenirs and other memorabilia.

Although many authors have utilized their profes­sional assistance, Dave and Paula are eager to further increase general awareness of the Archives. The reposi­tory is open to all Disney employees and by advance appointment to qualified students and writers. Providing accurate and exclusive Disney information is a most challenging and rewarding occupation … as Paula explains, “It’s exciting to give our people not just what they ask for, but morel”

Did You Ever Get to Visit the Disney Archives?

One thought on “The Disney Archives Article from 1978”