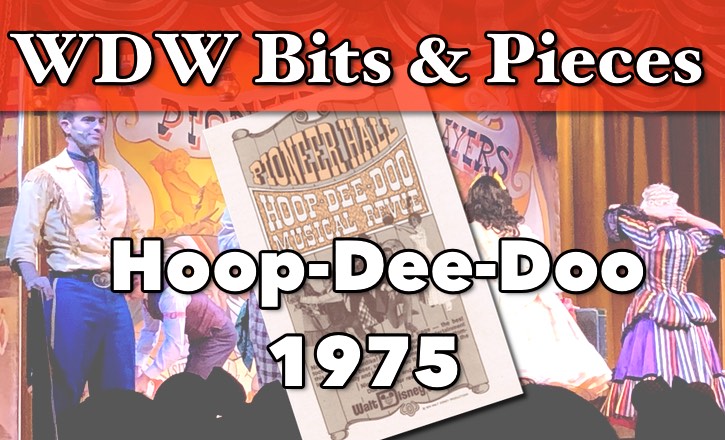 The Hoop-Dee-Doo Musical Revue opened on June 30, 1974. It was part of the Disney World Fine Arts College Workshop Program and was only scheduled to last for several weeks. The show was so popular that a permanent cast was hired and started on September 5, 1974.

And from the Summer 1974 Disney News, the Official Magazine for the Magic Kingdom Club Families:

Did you know that the original dessert served at the Hoop-Dee-Doo was apple pie and it was served during the song “Apple Pie Hoedown”? It was replaced in 1979 with the “Strawberry Short Cake Walk” and the introduction of the world-famous strawberry shortcake!

Have You Experienced the Hoop-Dee-Doo?