Sunday, March 15, 2020, was the last day to visit any of the Disney Parks. Epcot, Magic Kingdom, Animal Kingdom and Hollywood Studios were open normal hours and crowds were light. Rumor was that the college program kids were unblocked from Hollywood Studios for that day before they were sent home this week. I hope they got to enjoy Rise of the Resistance.

Epcot is in a weird transitional period with walls, new signage and new pathways appearing almost daily. I spent most of the last day  washing my hands and maintaining social distance while touring what remains of Future World. Check out my video from October 2019 about the walls and construction at Epcot. 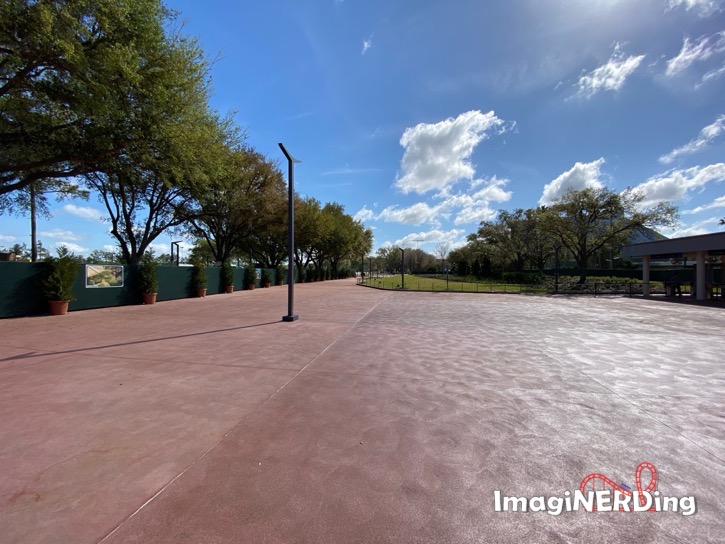 This is the promenade that leads from the tram pick up area to the handicap and employee parking. The Guardians of the Galaxy show building is hidden by the clubmp of trees on the right side. 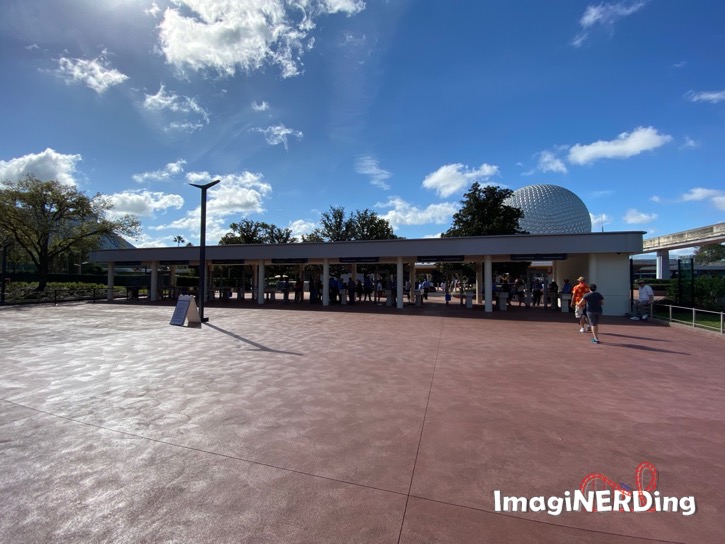 This is the new security and bag check to the left of the monorail. It’s similar to the new security check at Hollywood Studios. I imagine that Epcot will have three distinct stations: parking lot, monorail and buses. You can see how empty the park was at 10:30 in the morning. 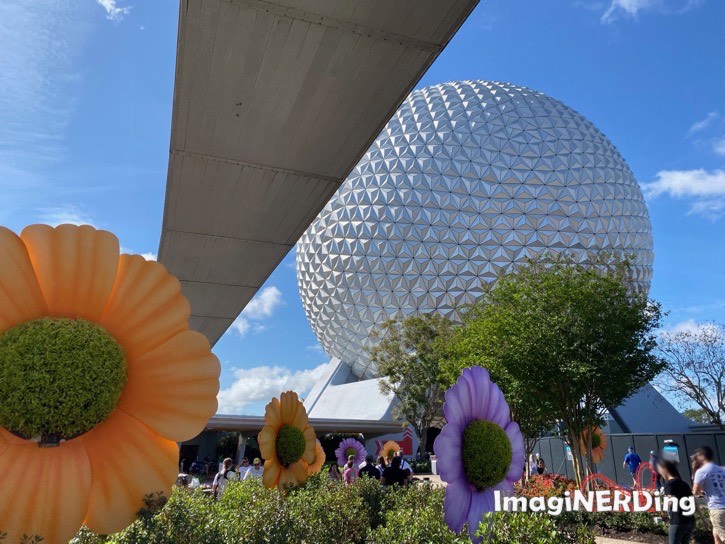 Even with all of the walls, you can still get some great shots of the park. 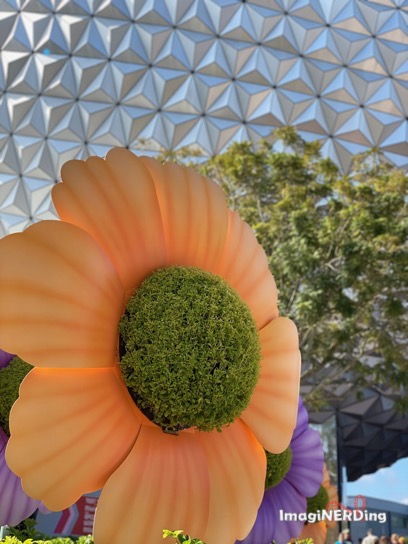 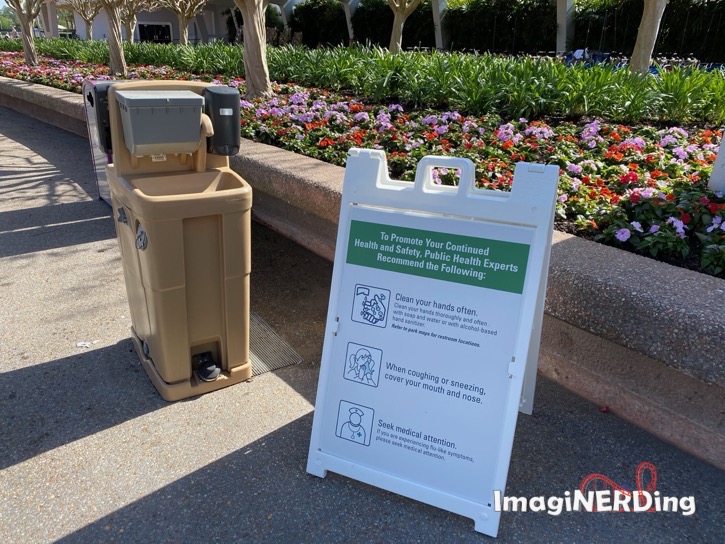 There were many hand washing stations throughout the walkways. People seemed to be using the hand sanitizers more than these stations, but I wangled to see them and use them. 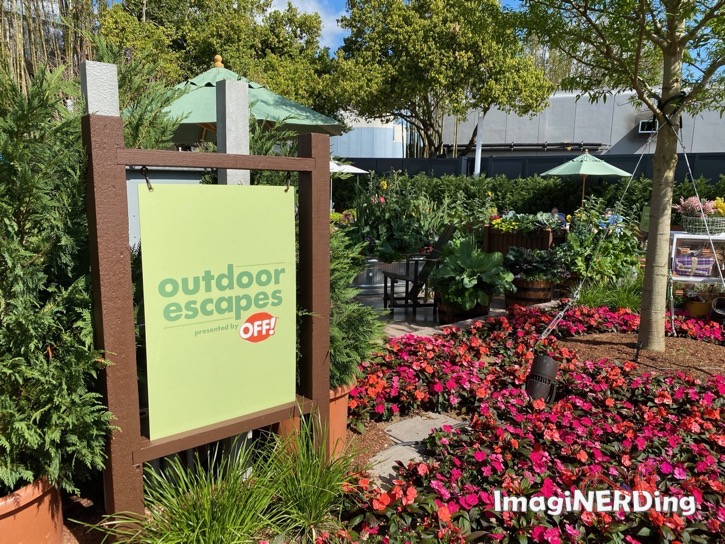 The Outdoor Escapes presented by OFF! was new and a nice temporary re-do of an area. It is located across from Test Track, sort of. There were seating areas, shade and lots of plants (that I’m assuming repel mosquitos). 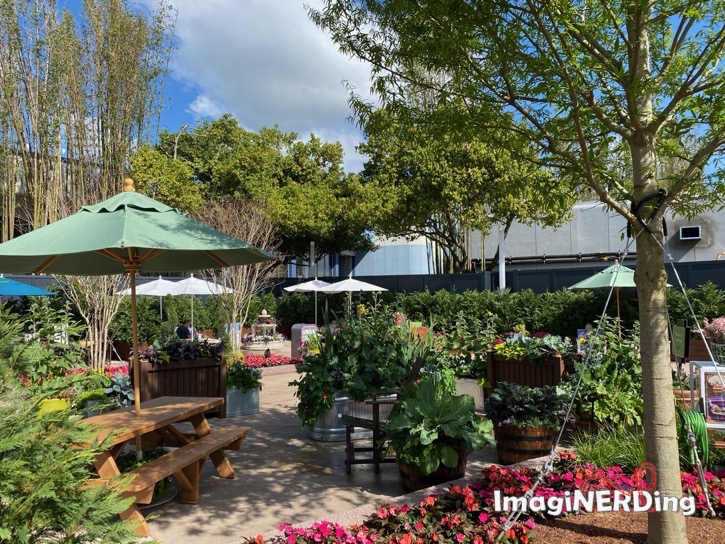 I’m glad that Imagineering and Operations are able to plan areas like this, especially when the park is in such upheaval. 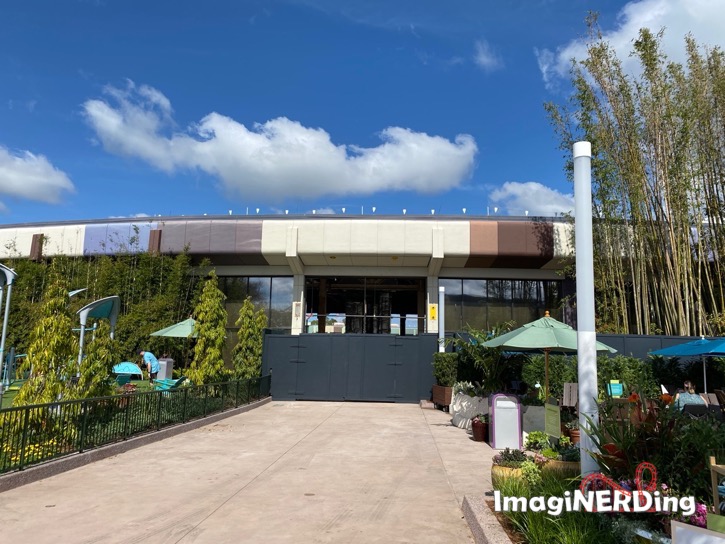 This is the former Mouse Gear entrance near the children’s play area (leading to Test Track). 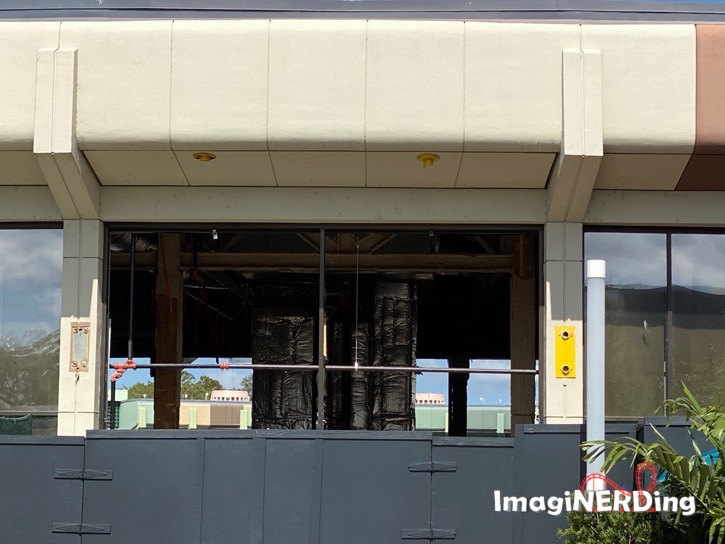 It is amazing to see the Communicore, er, uh, Innoventions…wait…what are they called? Anyway, it’s difficult to see these buildings come down after 38 years. 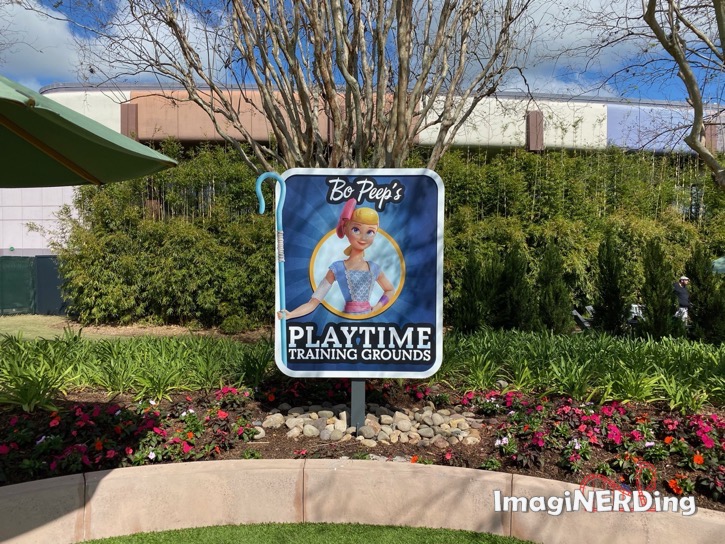 Bo Peep’s Playtime Training Grounds takes over the former Wall-E area which was just a play ground before that. It’s a great use of a current IP, but does show how much Epcot is changing. 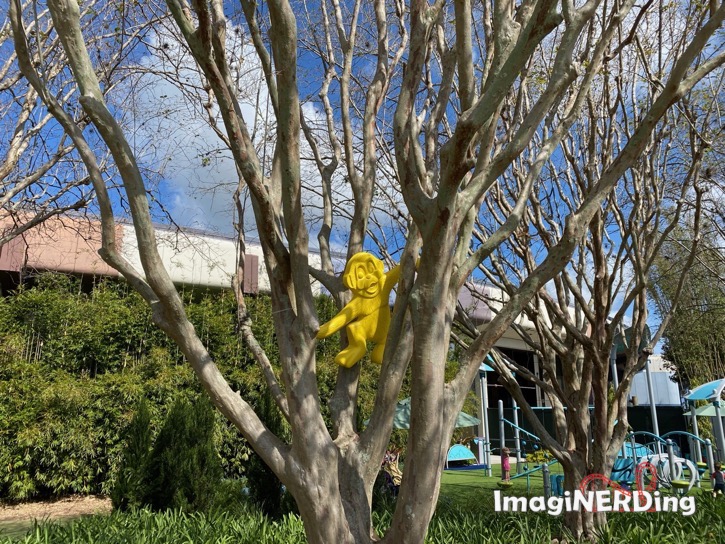 Monkey in a tree! 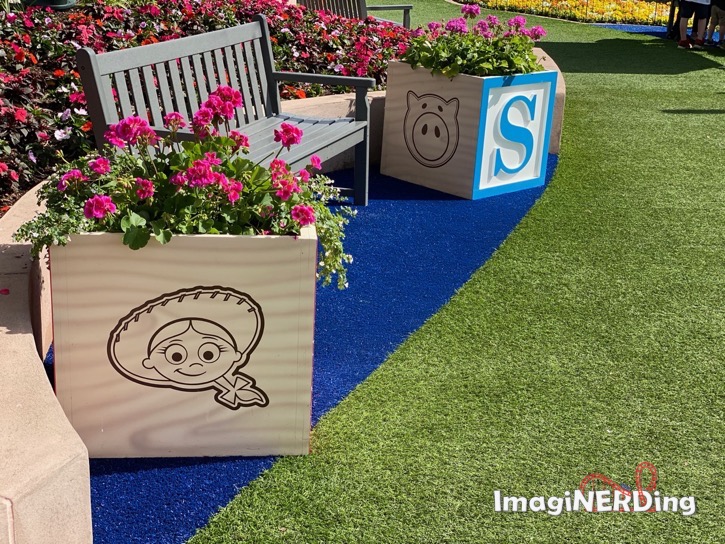 The planters are pretty freaking adorable! 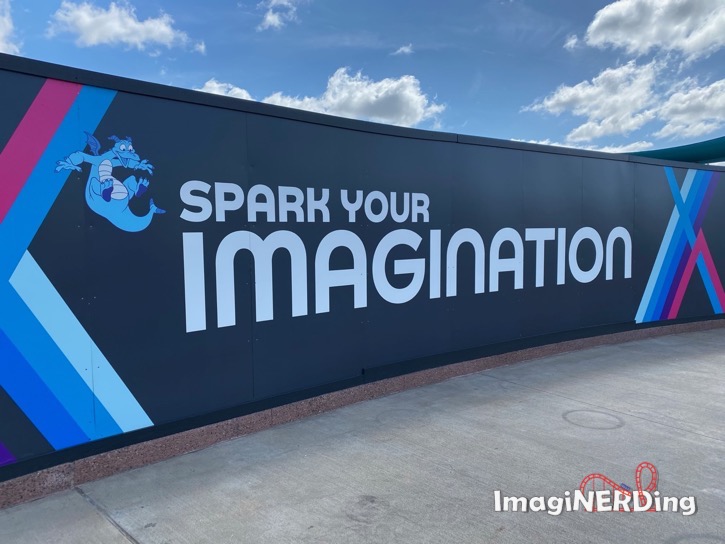 I love seeing how the construction walls are taking advantage of the themes and characters of the past, present and future of Epcot. And I love the font! 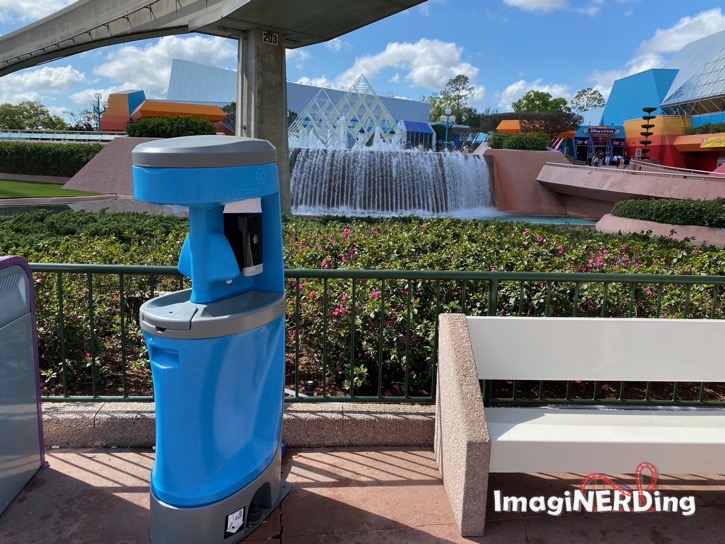 Another hand washing station. I don’t know if the color is on purpose or just what was available. 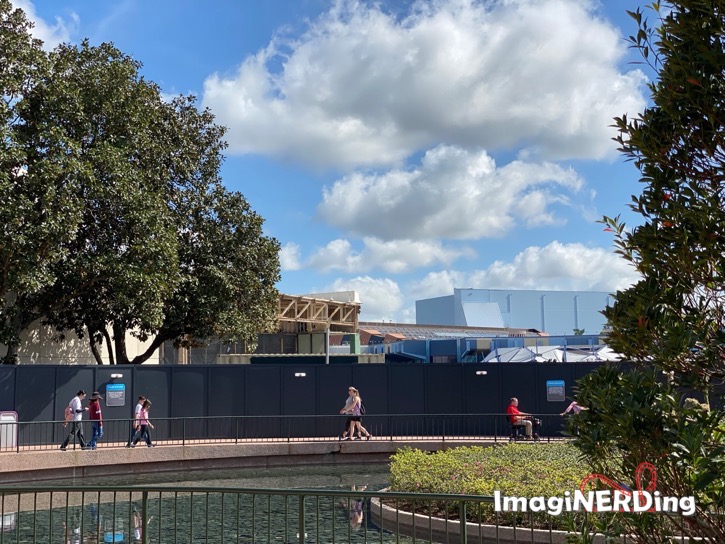 Another shot of the changes happening to the central buildings of Communicore (I know) and the Fountain of Nations area. 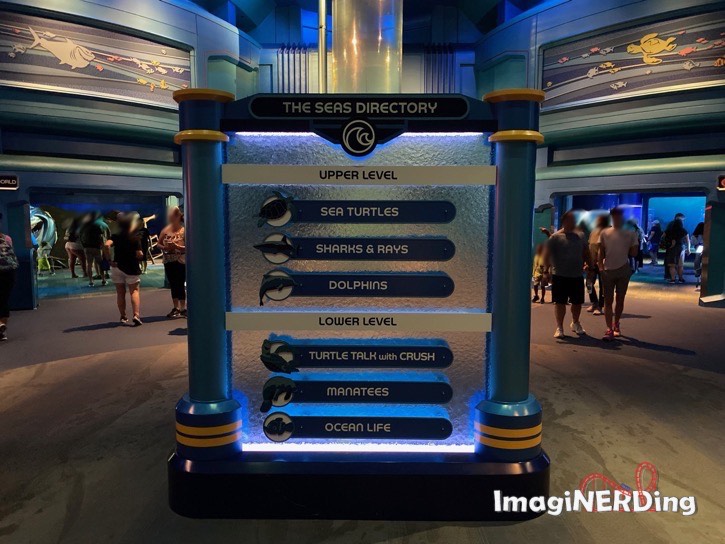 There’s new signage inside the Living Seas Pavilion. Again, it feels modern yet still harkens back to the days of early EPCOT Center. 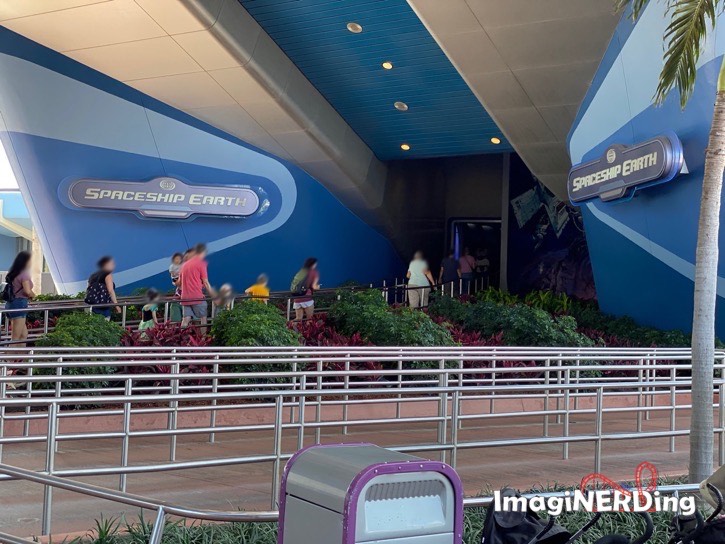 So, there was no line for Spaceship Earth. It did stop a few times during my ride and I assume it was for loading and unloading. Still, the attraction is supposed to go down for an almost two-year rehab and at this point, it might not be open when the parks are open again. 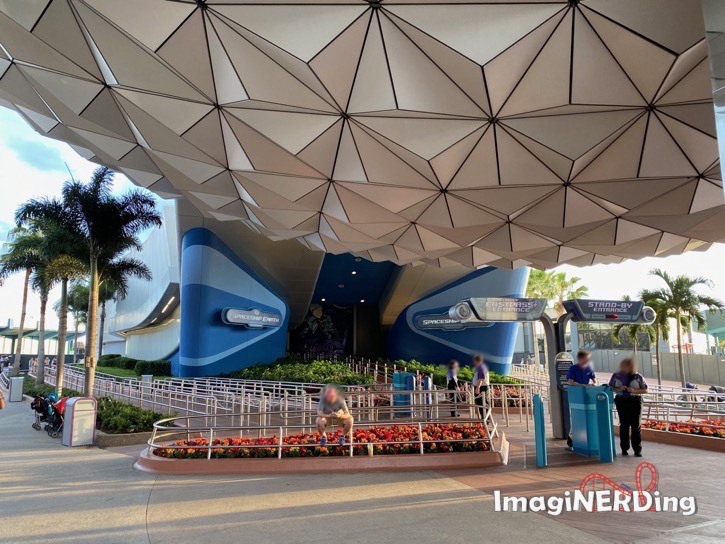 There are more cast members than guests at Spaceship Earth in the queue. 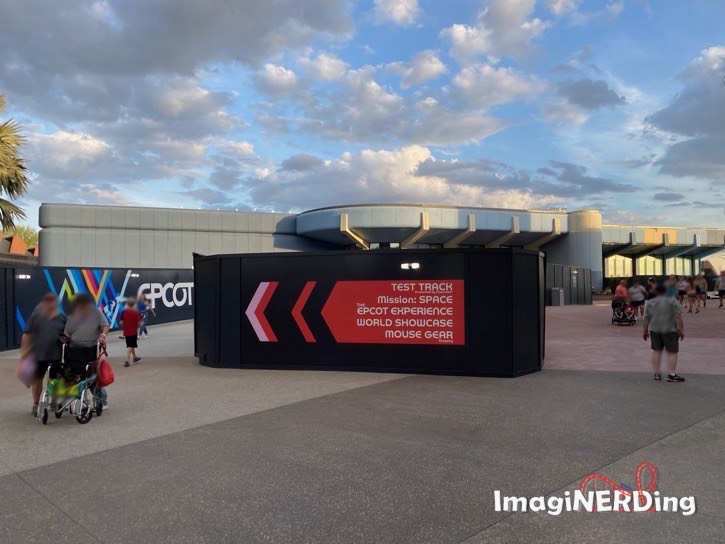 Kudos to the team that created the new signage and graphics for the park. I love how the hard science side is red (World Discovery) and the softer science side (World Nature—The Land, Imagination and Seas) are green. They’ve even created blue signage for Spaceship Earth and the Park Exit, which will eventually be World Celebration. 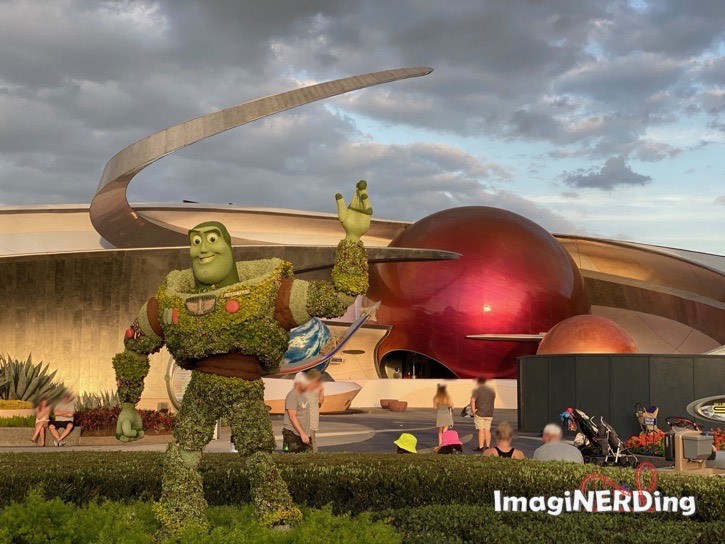 I even waited less than five minutes for the Green side of Mission Space. 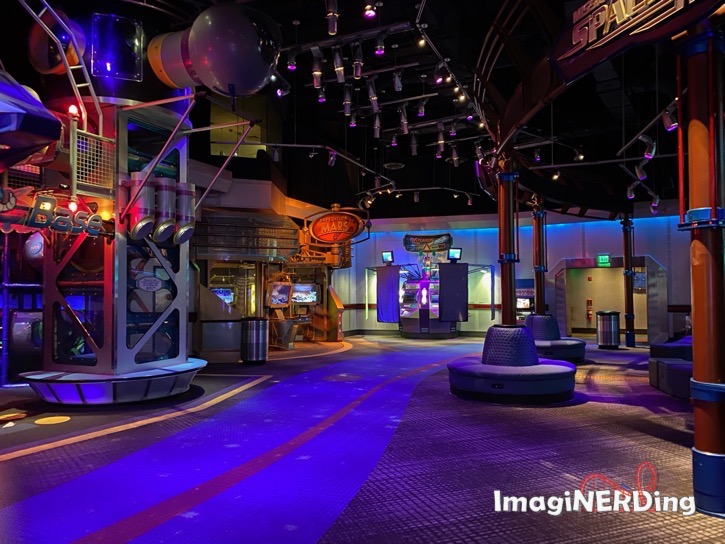 Yeah…I didn’t think I was going to see anyone playing in the Mission Control play area of Mission Space.

The Central Florida skies really are breathtaking. But, if I have to be honest, I’m not a fa of the paint job for the Odyssey building. It’s just a little too stark to be the transition from Future World to World Showcase. 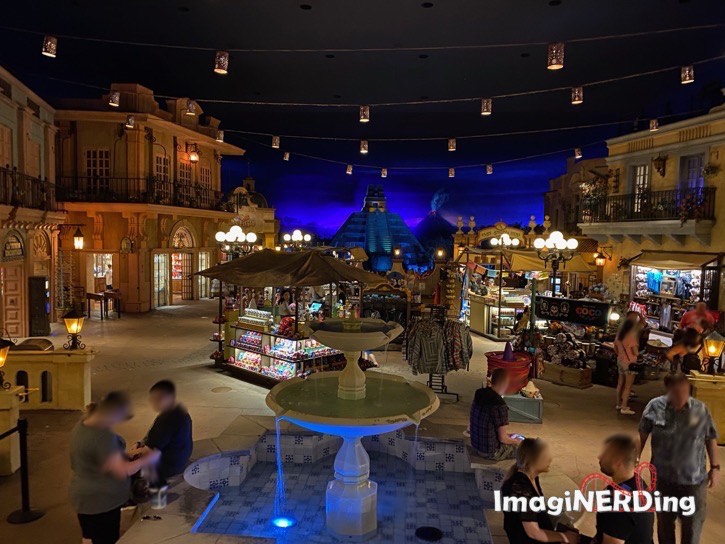 So, I’ve never seen the Mexico Pavilion this empty. The line for the La Cava del Tequila had at least 20 people. There aren’t enough guests in this shot to fill a boat on the Gran FiestaTour. 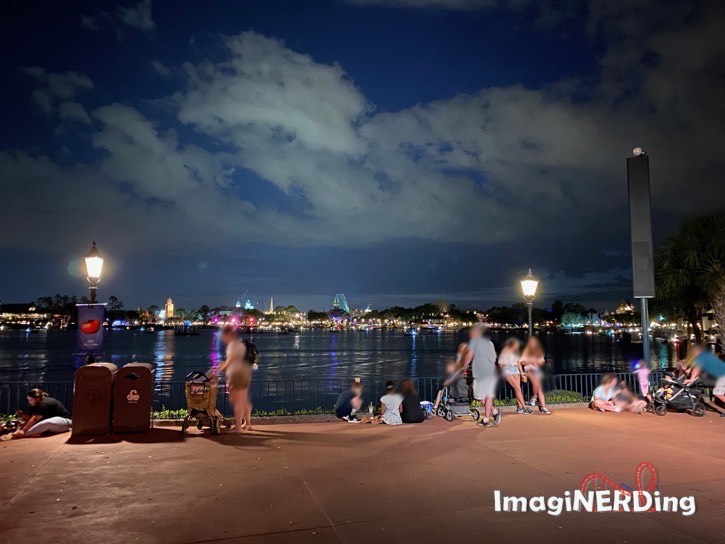 There were plenty of spots for Epcot Forever. I had friends that said the final showing of Happily Ever After at the Magic Kingdom had people in tears. And no, I didn’t hang out to watch Epcot Forever. I’ve seen it twice and that was more than enough. 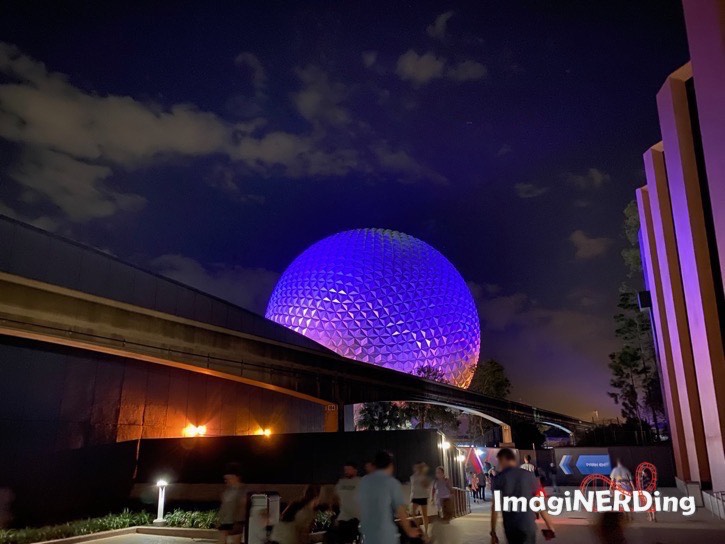 With the new pathways surrounding Spaceship Earth, I feel like I’m running into new angles and shots of the geosphere. Plus, the monorail zooming by is kind of cool. 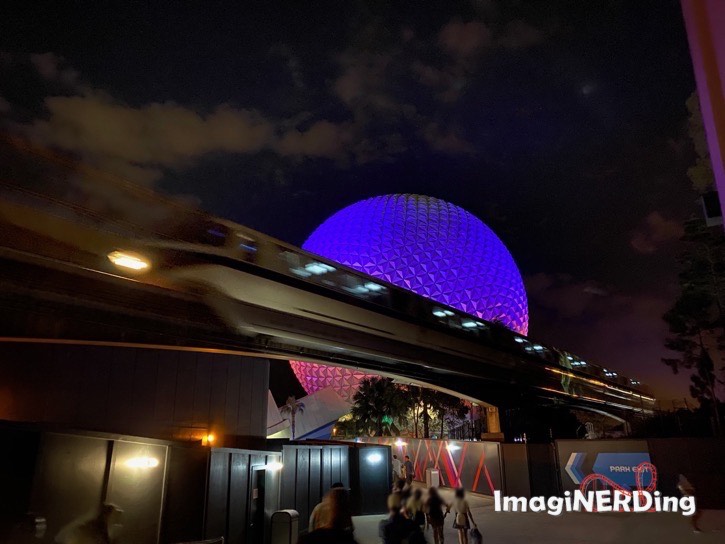 Farewell, Epcot. At least for a Few Months. 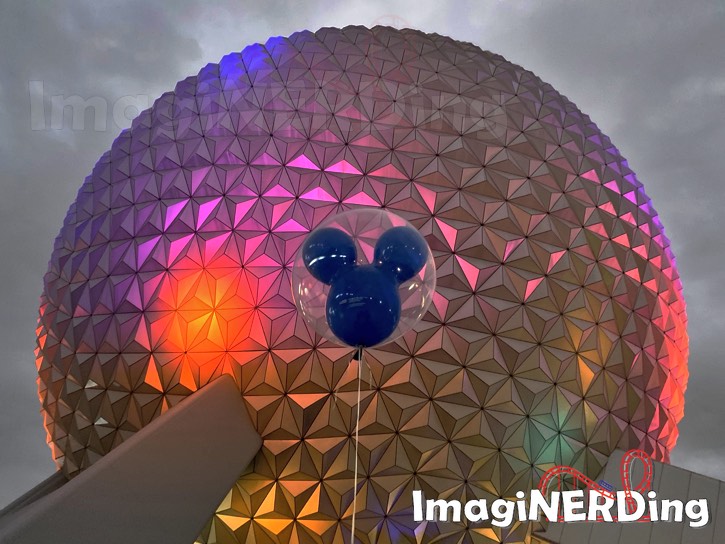 It took me along time to get this shot to line up so well.

When was the last time that you visited Epcot?