Walt Disney’s classic animated film, Cinderella, has just been reissued on blu-ray and digital download as part of the Walt Disney Signature Collection. Now, you have another chance to own the film that inspired a fairytale castle and millions of happily-ever-afters. 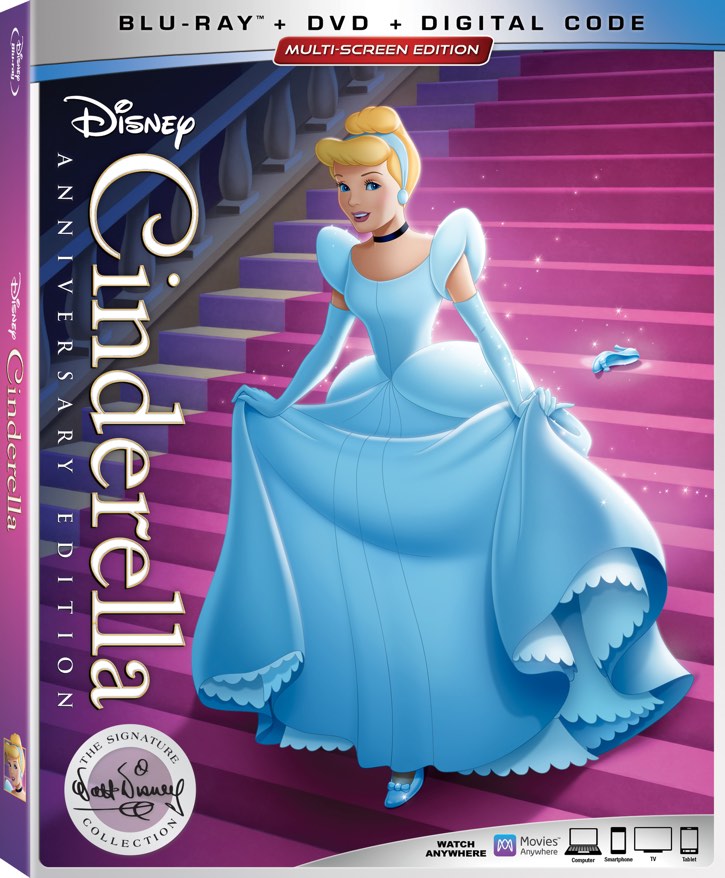 What is the Walt Disney Signature Collection?

“Cinderella” is the ninth title to join the Walt Disney Signature Collection, which includes groundbreaking films created or inspired by the imagination and legacy of Walt Disney, featuring timeless stories and characters that have touched generations. The film takes its place alongside “Snow White and the Seven Dwarfs,” “Beauty and the Beast,” “Pinocchio,” “Bambi,” “The Lion King,” “Lady and the Tramp,” “Peter Pan” and “The Little Mermaid.”

Unless you don’t own one of the prior releases of the film, the main reason to purchase this edition is one of the bonus features. In Walt’s Words: Enhanced Edition – Watch the movie and gain some insight into its production with storyboards, archival photos, sketches and transcripts. Most fans of the film are going to enjoy this feature. It is a dramatization of  storyboards, concept art and story meetings. All of the artists and story men involve, including Walt, are dramatized by actors. This was a very enjoyable part of the release and is only available on the blu-ray and not the digital download.

Sadly, it is the only new extra, besides a trivia short hosted by two Disney Channel stars that I was completely unfamiliar with from previous releases.

THE ART OF CINDERELLA

Are You Going to Pick Up the Cinderella Walt Disney Signature Collection?

One thought on “Cinderella on Blu-ray and Digital Download”