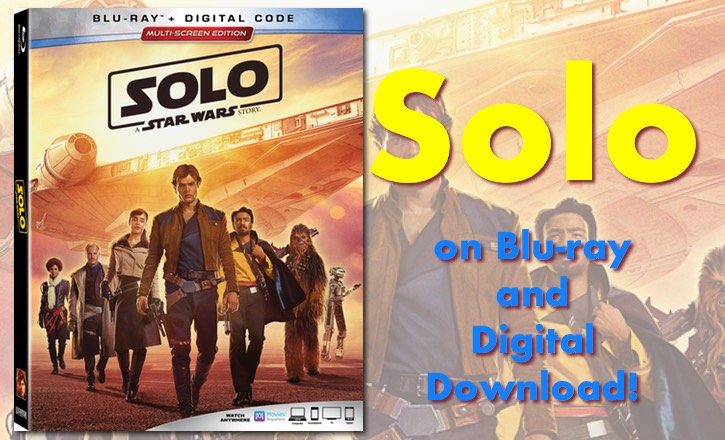 Solo, A Star Wars Story on Blu-ray and Digital Download

I loved Solo when I saw it in the theaters. I actually enjoyed it more than The Force Awakens and The Last Jedi. Like Rogue One, Solo captures the essence of a Star Wars film unlike the prequels or episodes seven and eight. I still loved The Force Awakens and the Last Jedi, but not nearly as much as I loved Solo. I received a digital review copy of Solo and enjoyed it as much on my iPad (except for the lack of cinematic sound); even the extras with Donald Glover were spell-binding. (I think Glover was born to play this role.)

Extensive extras invite fans aboard the Millennium Falcon with Han, Chewie and Lando, and behind the scenes with the stellar cast and crew 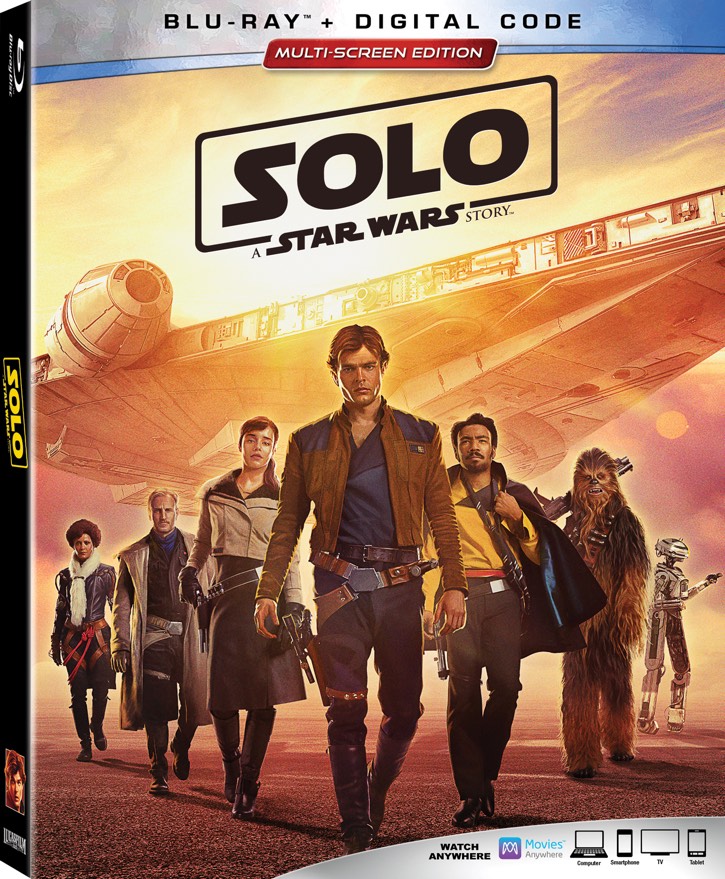 “Solo: A Star Wars Story” bonus content takes fans behind the scenes to experience compelling discussions with the star-studded cast and screenwriters Jonathan Kasdan & Lawrence Kasdan (writer of Star Wars: The Empire Strikes Back and Star Wars: Return of the Jedi); a revealing feature on Chewie and his enduring friendship with Han; a close-up look at the original version of the Millennium Falcon and Han’s first time piloting the infamous ship; the creation of the film’s otherworldly settings and pulse-pounding action sequences; and eight never-before-seen deleted and extended scenes.

DIGITAL AND BLU-RAY BONUS MATERIAL (may vary by retailer):

The legendary John Williams is credited with the “Han Solo Theme” and original Star Wars music.

Are you going to pick up Solo? What did you think about the movie?