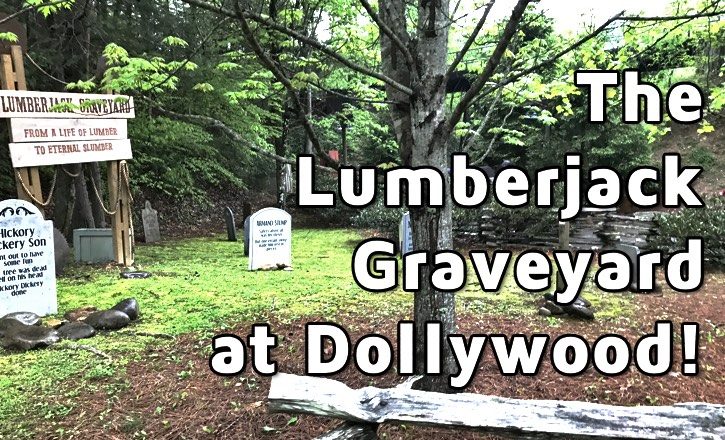 Who knew there was a Dollywood Lumberjack Graveyard?

In the Timber Canyon area of Dollywood (the area from Thunderhead to Mystery Mine), there have been a few additions, including the Lumberjack Graveyard. It looks like this might have been part of a Halloween display that was re-purposed. 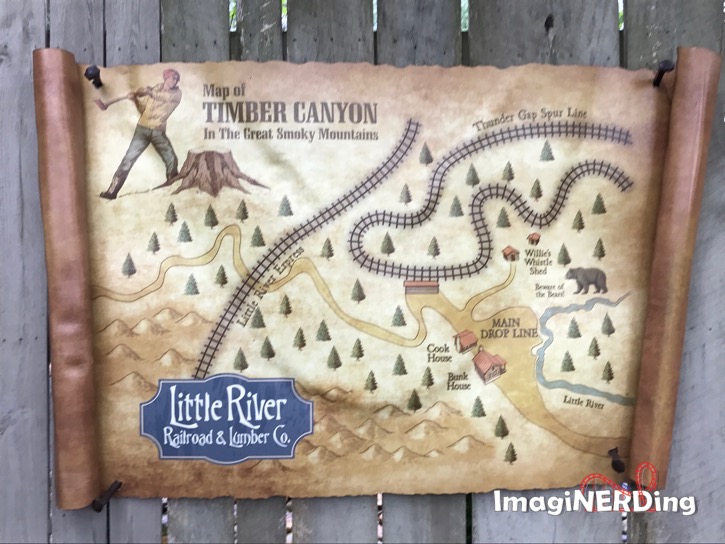 The Map of Timber Canyon in the Great Smoky Mountains helps tell the story of the lumberjacks that helped create the area. The map, entitled Little River Railroad & Lumber Co., shows the trail that leads from the entrance of Dollywood (on the left side of the map) to the Cook House (Lumber Jack’s Pizza)and Bunk House. You go under the Little River Express (the train), past the Thunder Gap Spur Line (Thunderhead coaster), over to Willie’s Whistle Shed (the new Whistle Punk Chaser family coaster) and past the Main Drop Line (Dropline drop tower).

On the first part of the trail, after you go under the train trestle, you run into a few scenes that help tell the story. One of them is the Dollywood Lumberjack Graveyard! 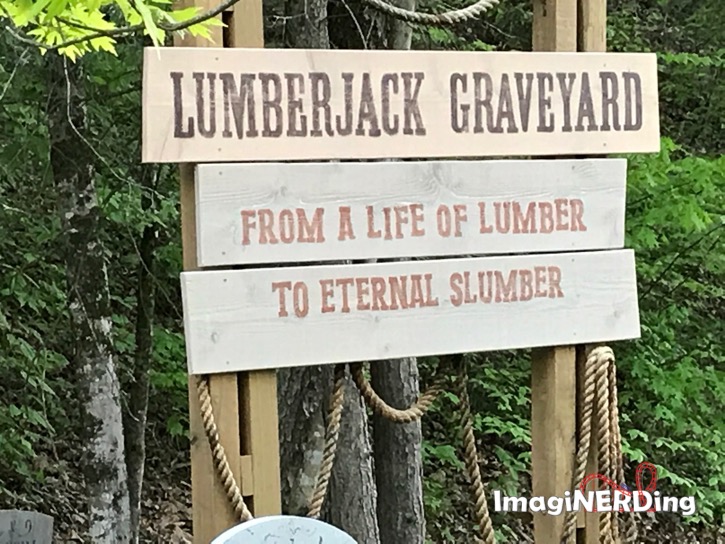 Dollywood Lumberjack Graveyard: From a Life of Lumber to Eternal Slumber

The areas features different tombstones with clever saying and some tributes. 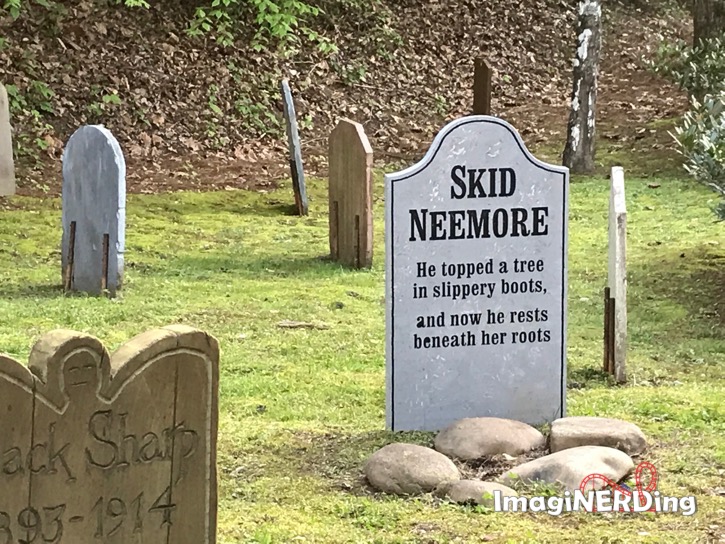 Skid Neemore
He topped a tree
in slippery boots,
and now he rests
beneath her roots. 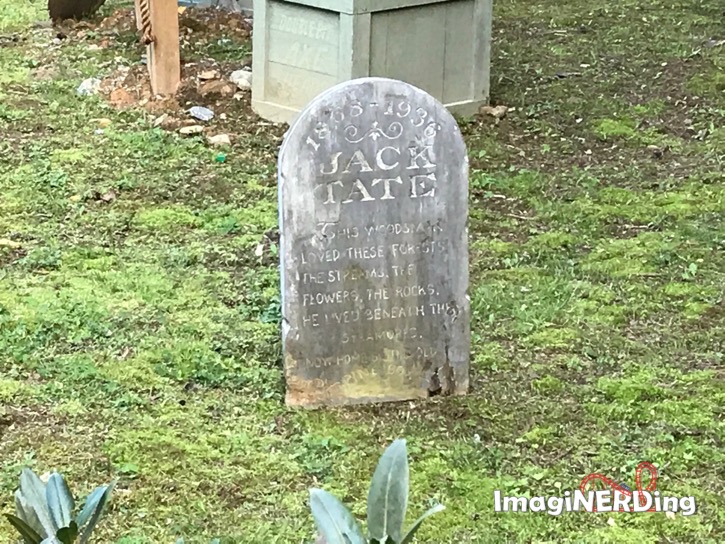 1868-1936
Jack Tate
This Woodsman
Loved These Forests
The streams, the
flowers, the rocks.
he lived beneath the
sycamores.
Now home’s (an old pine box) 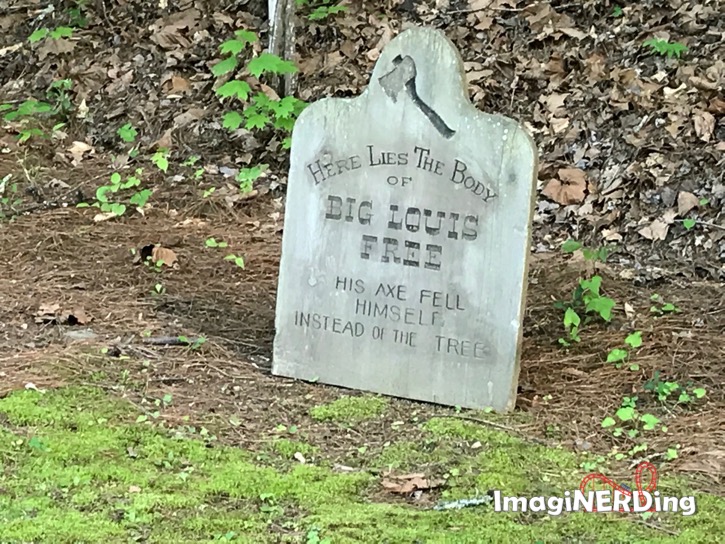 Here lies the body
of
Big Louis Free
His axe fell
himself,
instead of the tree. 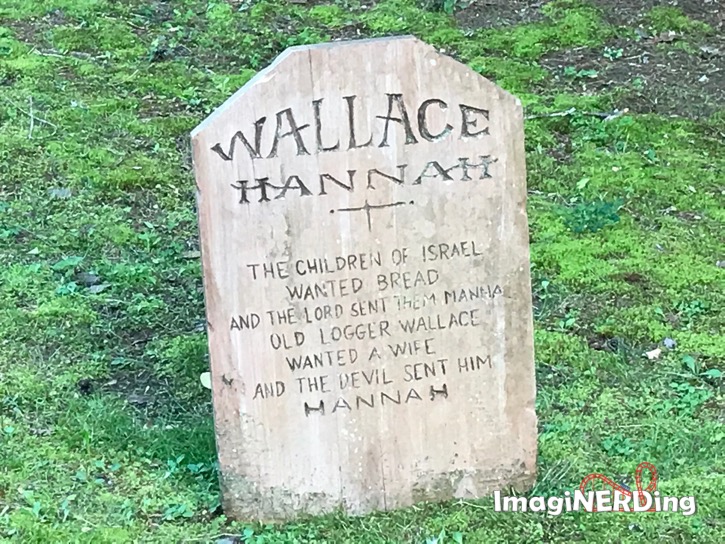 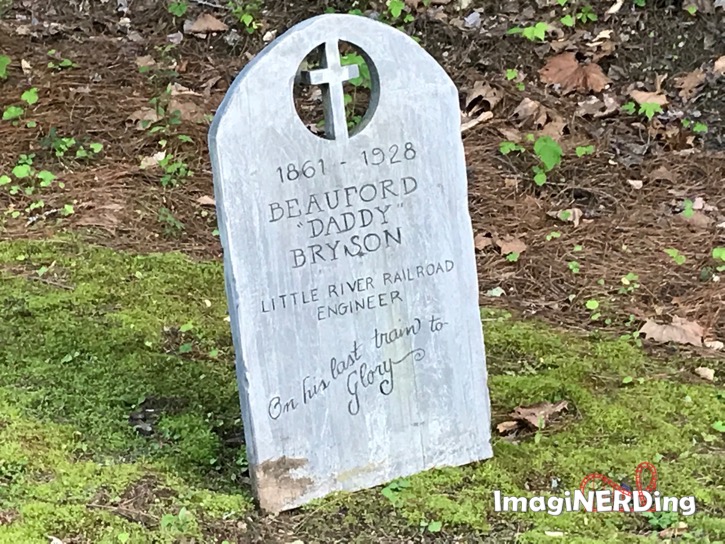 Emanual Pease – Pease is not here
only his pod
He shelled out his
Pease
and went home to
God. 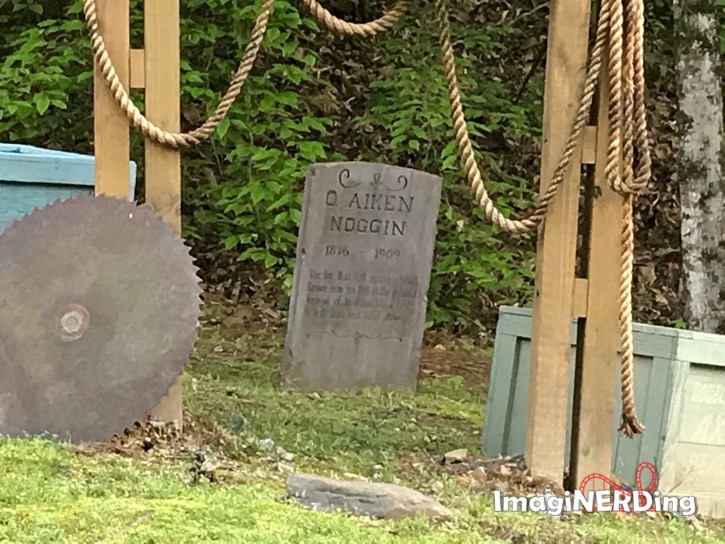 O Aiken Noggin 1876 – 1909 The log that fell upon his head
Drove him six feet in the ground
instead of laid on his bed
it left him feet first down.

Armand Stump
Safety above all
was his theses
But one errant swing
made him rest in
pieces. 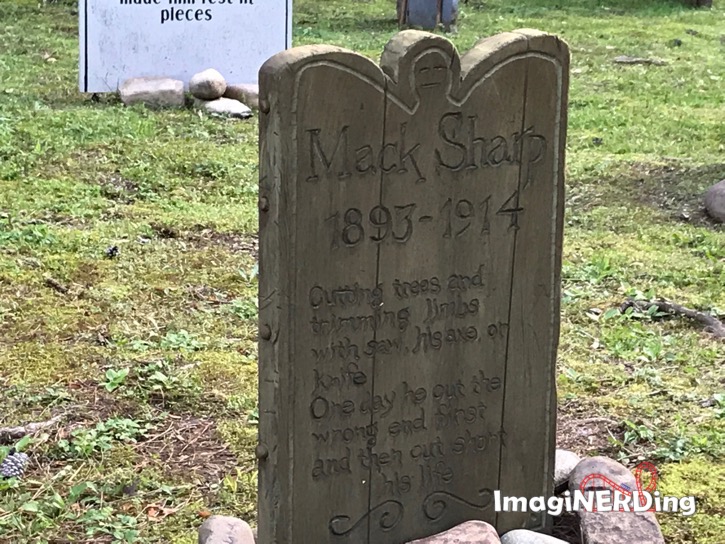 Mack Sharp
1893 – 1914
Cutting trees and
trimming limbs
with saw, his axe or
knife.
One day he cut the
wrong end first
and cut short
his life. 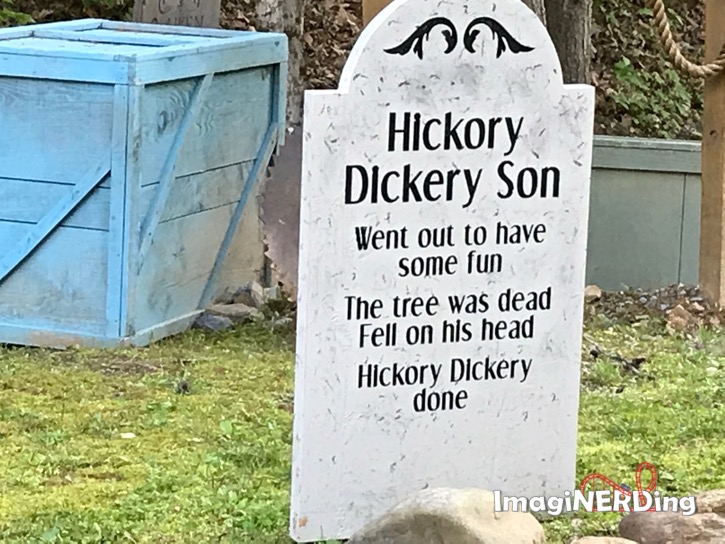 Hickry
Dickory Son
Went out to have some fun
The tree was dead
Fell on his head
Hickory Dickerydone.

Laid to rest is
Cullen Wopler
Among his peers,
he was poplar 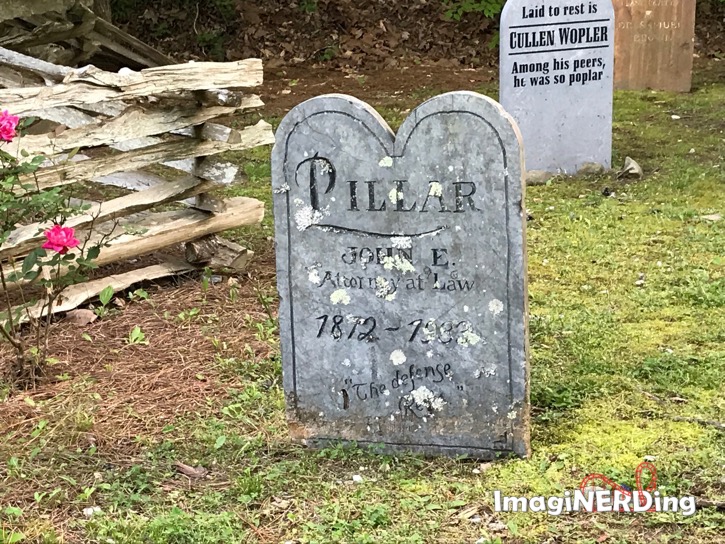 There are other vignettes along the trail that help tell the story of Timber Canyon. There are details scattered all over Dollywood that add to the theming and the changes added over the past year in this area are really fantastic. The Timber Canyon trail is the best way to hit Thunderhead and Mystery Mine first thing in the morning (unless you’re going to hit Lightning Rod, first).

Have you seen the Dollywood Lumberjack Graveyard?

Check out my video on the Ten Reasons to Stay at Dollywood’s Dreammore resort!