Tangled Before Ever After, a DVD Review

It gets a little timey-wimey if you think about it too much.

I love the Tangled film, especially the music, and I really enjoyed the Tangled shorts. When I saw the DVD release, I was highly interested in the continuation of the story despite it looking a wee bit childish. The animation looked simple and blocky, and I wasn’t sure if the style would work well. I had to remind myself that it was a Disney Channel film introducing a television series 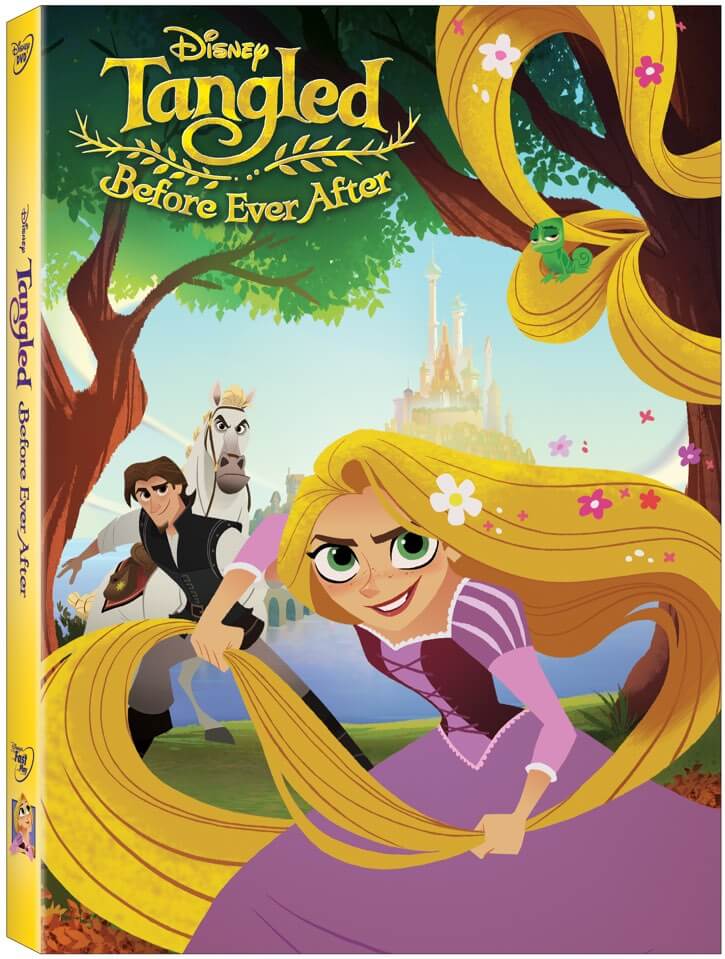 Tangled Before Ever After takes place before the wedding (about six months before in Tangled time). You get the feeling that Rapunzel loves her new life but still feels a little bit like a captive. Part of the story is that everyone in the film, including the king and queen, have to learn how to live with Rapunzel after almost 18 years of her being missing. More importantly, Rapunzel has to learn how to be a princess despite her desire to be free. She loves her life but still longs for some semblance of freedom.

While the plans for a royal debut for Rapunzel are underway, Flynn decides to ask Rapunzel a very important question. This sets off a chain of events that lead to Rapunzel discovering things about herself, as well as her family. Of course, being a Disney Channel movie, there has to be a villain. This time we get a new one who is a little bit of a surprise. I think Disney learned a lot from Frozen and even though they paint a villain a certain way, you might not be aware of what they’re doing.

I enjoyed the art style but it took a little while to get used to it, especially after the feature film. It was very reminiscent of Mary Blair and the Johnny Appleseed style of she created. It did seem to work well with the story as well as the characters.

Overall, the film was very cute and I enjoyed it.

Tangled Before Ever After is a great introduction to the animated series; hopefully it will propel that story forward. I do hope we can get a lot out of the animated series, considering that they’ve used all of the major voice talent from the film.

Are you going to check out Tangled Before Ever After?

One thought on “Tangled Before Ever After, DVD Review”