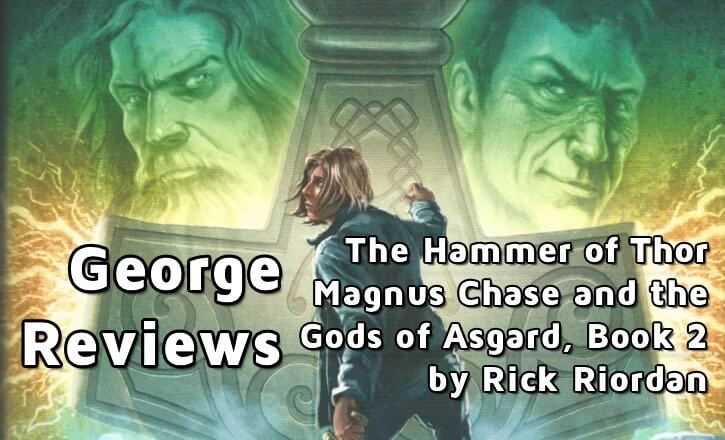 The Hammer of Thor is the second book in the Magnus Chase and the Gods of Asgard series by Rick Riordan. (Check out my review of Book One in the series, here.) In this book, Thor’s hammer goes missing, again. It’s up to Magnus and his group of friends to get it back before Loki can unleash Ragnarok on the nine worlds! Like Rirodan’s other series (Percy Jackson and The Kane Chronicles), he takes us deep into the mythology to provide characters that help entertain and educate. I’m a huge fan of Rirordan and I’m glad to see the Magnus Chase series about Norse mythology continue. 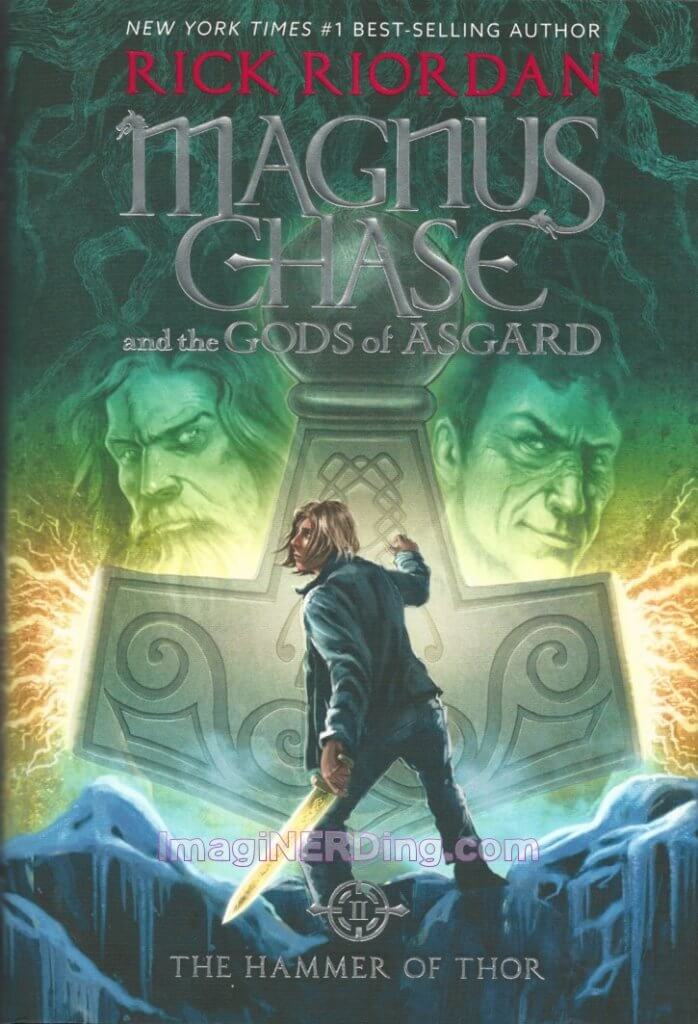 The Hammer of Thor, like Riordan’s other books, is very fast-paced and very well-written. I marveled at the word play, especially since so much of the humor is  tongue-in-cheek. Adults and parents are going to find a lot of the humor targeted towards them, especially some of the pop culture references from the 1980s and 1990s.

Magnus Chase and his friends are pulled into another quest with the help of various Demi-gods of Norse legend. The giants stole The Hammer of Thor and the god of thunder is bemoaning the loss of Mjolnir, specifically the number of television channels it receives. But this leads the group on a quest to retrieve items to bargain with the giants who want to defeat Thor. Again, there is a plot that involves Loki, the trickster god, and Ragnarok. Thor, as a character, is completely unexpected and really livens up the storyline. He’s sort of like a hard-rocking frat guy that’s also a Norse god.

Riordan introduces a new character who has a direct tie to Loki she’s an important member of the Magnus’ group. The character is also gender fluid and does change between being boy and a girl. I’m glad that Riordan created this character and ties her directly into Norse mythology. Especially for kids who might have a hard time identifying with characters on modern literature.

As I’ve mentioned, Riordan does a wonderful job of tying pop culture and geekdom into his books. There’s a section in which Magnus and the gang has to battle with the giants with several Prince references in it. Prince references? Seriously!

Tweens, teens and adults will all enjoy The Hammer of Thor. It’s got great pacing and Riordan imparts a lot of education in the process. Marvel fans will enjoy the more traditional view of the gods (like Thor and Loki) but this books doesn’t not take place in the Marvel universe. Regardless, The Hammer of Thor is a great read.

Have you read The Hammer of Thor? Are you a fan of Rick Riordan?