George: The highly anticipated Star Wars Rebels Season 2 has just been released on blu-ray. It’s a stunning three disc set that is pretty much a must-have for Star Wars fans, especially fans of season one. I mean, it’s Star Wars.

Jeff: The show continues to amaze, with its pretty in-depth story line…especially for something that is technically aimed at kids. However, they do keep it light hearted from time to time before diving into some dark stuff making for a nice, balanced mix and an interesting show. 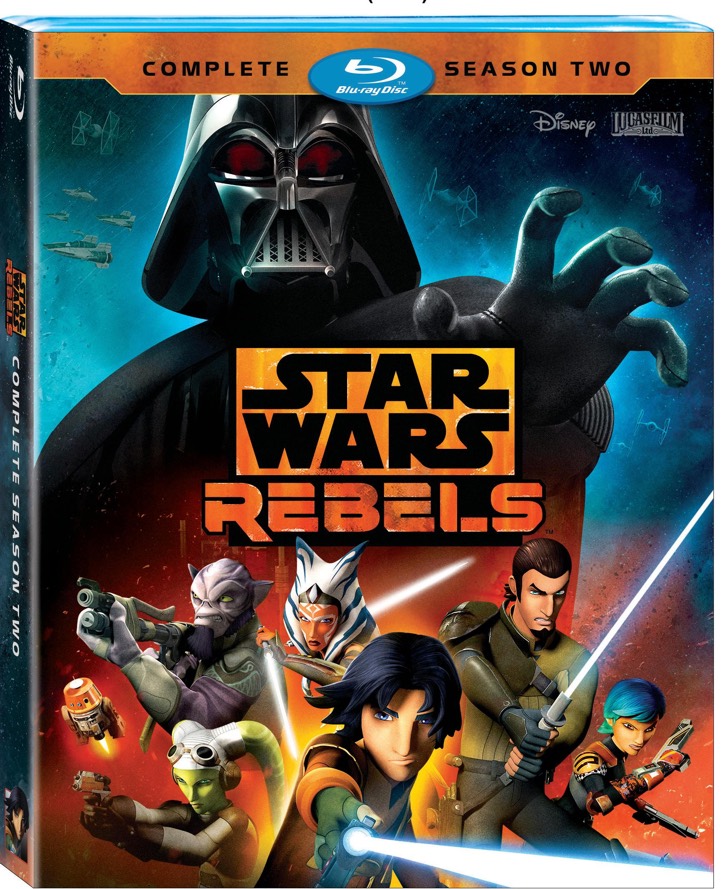 George: Both seasons of the show have been an amazing way to bridge Episodes II and III with Episode IV: A New Hope. They are answering questions that I never thought of and giving us characters that are just as amazing as the ones from the original trilogy. But as Jeff mentioned, there is enough intrigue and story-line to keep adult Star Wars fans as entertained as the kids. And there is so much included in this season’s shows, especially concerning back stories

Jeff: In a way, I feel like this year was an information overload…but not in a bad way. We had so many returning characters from The Clone Wars series, and it was great to catch up with them, and see how they had evolved. Even Ahsoka, I mean, everyone is talking about her, and what she has become, so it was really cool that they threw her into the storyline.

George: Yes, having Ahsoka return was so cool, as well as the appearance of two Darths. But no spoilers.The animation is pretty great, as well as the voice acting and the sound effects. That’s one thing I loved about Rebels is that is sounds so much like a Star Wars film! Plus, there were some pretty cool extras. 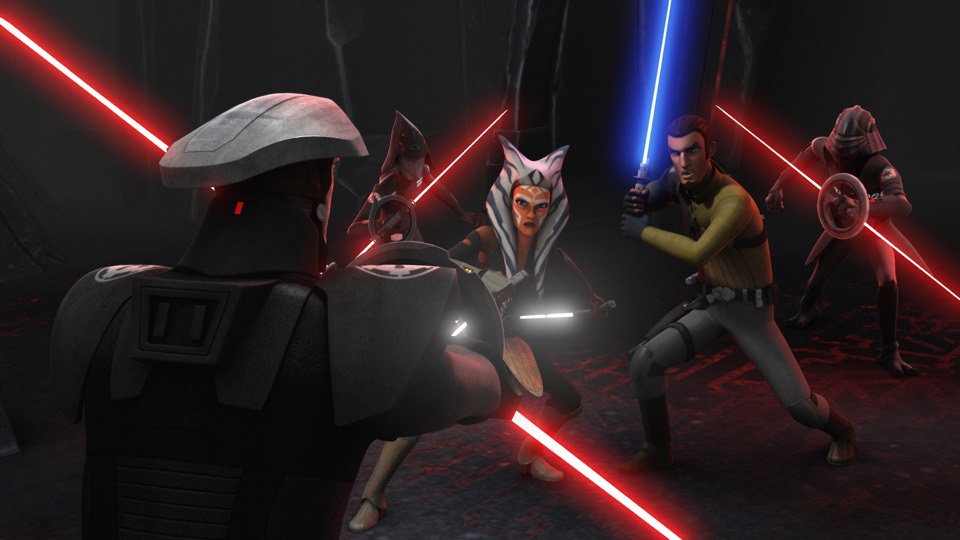 Jeff: Every episode had their own “look inside” bits, which weren’t the standard fluff; they were longer, meaty segments. While most of them have been seen online before, I hadnt caught all of them, so it was great to gain a little insight from the creators after watching each one. Other than the Rebels Recon extras, there really isn’t much else…a short bit about Ashoka and her show down with a certain someone, and then a 3 minutes making of featurette. It was slightly disappointing, mostly because the last set was so packed, and this one was just…a little sparse.

George: The extras were a nice addition, but you’re really buying this blu-ray set because we told you.

Jeff: But other than that, it’s a good story to further connect the dots between the episodes and well worth watching!

Jeff: To make up for prequels?

George: Oh, yeah. No Force powers here. So, yeah…to make up for the prequels!

What do you think about Star Wars Rebels Season 2?