Holiday World & Splashin’ Safari is a theme park located in Santa Claus, Indiana. I’ve been aware of the park for a long time, mainly due to the fact that they are one of America’s first theme parks (Knott’s Berry Farm fights for the title). Yes, Disneyland is credited with helping to originate the nomenclature of theme park, but Holiday World fits the definition of theme park very well.

I was able to visit Holiday World & Splashin’ Safari for the first time during the first weekend of June (2016). It was part of a larger trip that included Kings Island, Kentucky Kingdom and Cedar Point. I’d been listening to  the fantastic Holiday World podcast (#HoWoPo) and I was very excited about visiting.

My visit was on a very rainy Saturday (who can predict the weather three months out) but Holiday World only closes during very bad weather or prolonged thunder storms. I knew it would be a different day, but I wasn’t sure what to expect, anyway! So, my photos do have some cloudy skies and wet pavement.

I love visiting a new-to-me theme park. It’s exciting and always offers a new spin on the idea of what a theme or amusement park is. Plus, there are four world-class roller coasters at this park, including a launched wing coaster!

I’m sharing a few photos of the park and some history to whet your appetite about a visit to Holiday World & Splashin’ Safari.

Santa Claus Land opened with a toy shop, a restaurant, a few children’s rides (including the Freedom Train) and Santa. There was no admission fee until 1955, when adults were charged 50 cents. A lot of rides would be added in the 50s with a Christmas theme. The Koch family continued with ownership of the park when Louis’ son William “Bill” took over in the 50s. 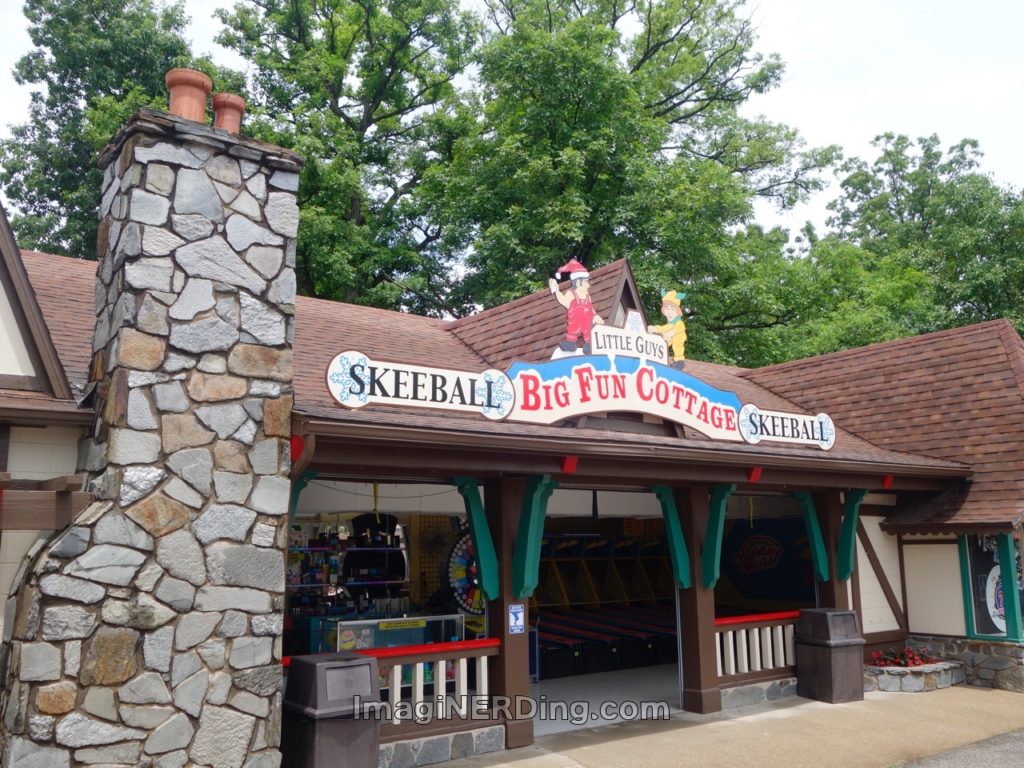 Rounding out the 1950s included a doll museum and a deer farm! There was also the House of Famous Americans, which held lifelike wax figures of more than 50 Americans.

The Pleasureland section of the park, which had a lot of the original rides, is now called Rudolph’s Reindeer Ranch. Most of the attractions in this section of Holiday World were from the 1970s and 2000s. It’s a very adorable area.

By 1984, more thrilling family attractions had been added and the Koch’s realized that they could celebrate other holidays as well. Two new sections of the park were added: Halloween and Fourth of July! Eventually, the name of Santa Claus Land was changed to Holiday World. 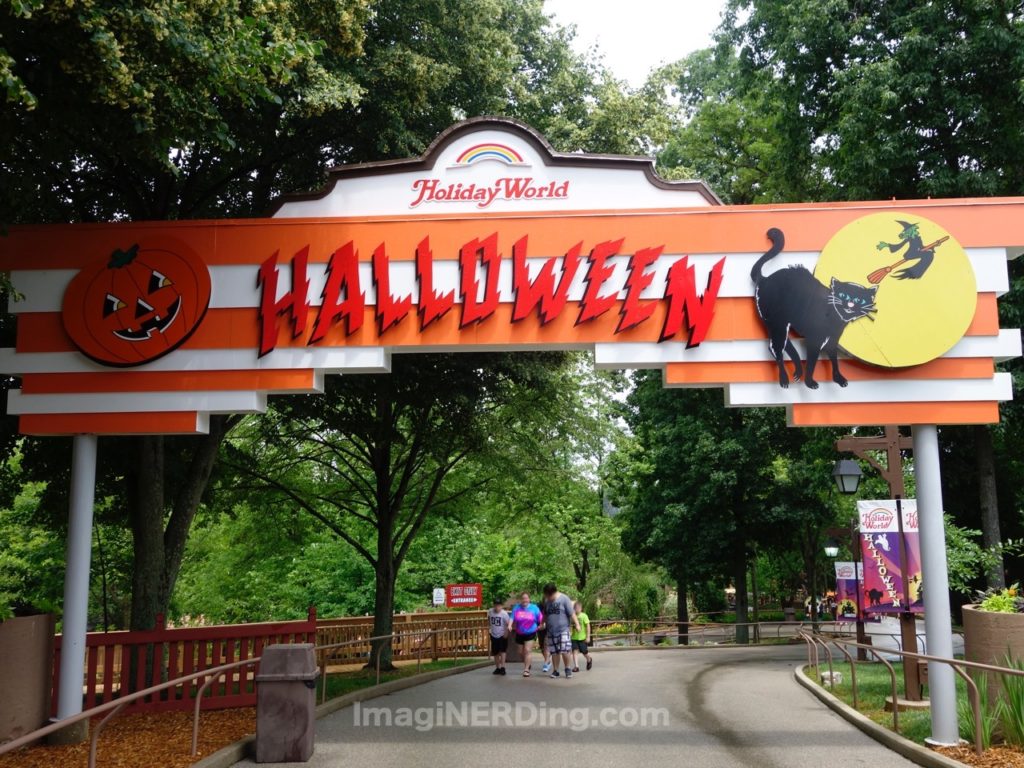 In the 1990s, Holiday World really saw a lot of changes, including Will Koch taking over management. Splashin’ Safari debuted in 1993. It was a full-fledged water park that has only grown in rides and accomplishments. The Raven, a wooden roller coaster was added in 1995. It quickly brought a new level of prominence to the park and Holiday World gained international attention for the award-winning coaster.

Holidog’s Funtown was the next major addition. The area sported rides for the younger set, including the Howler, a family coaster. In 2000, The Legend  debuted. It’s the park’s second wooden roller coaster and is based on the Legend of Sleepy Hollow by Washington Irving. The Legend was ranked as the top fourth wooden coaster in the world in 2002 and is consistently ranked in the top 20 worldwide.

Holiday World was also the first park in the world to offer free soda to its guests (this is a pretty spectacular service). Seriously, all the soda is free at the park. They also offer free sunscreen! 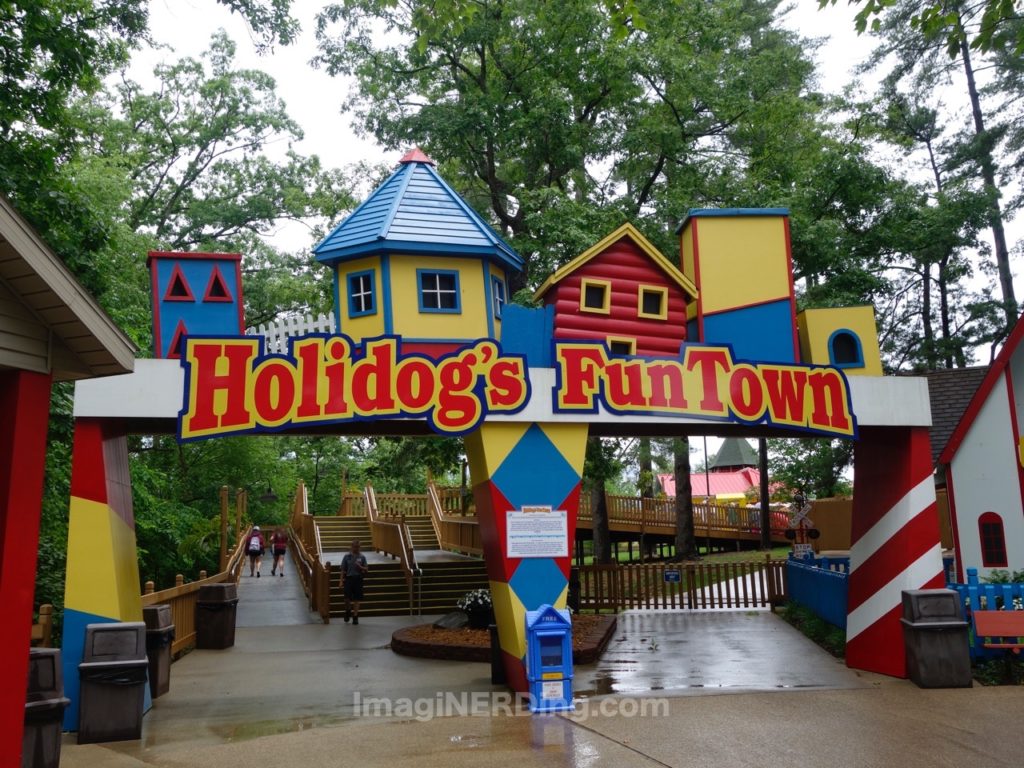 In 2006, to help celebrate the park’s 60th anniversary, the Thanksgiving section was opened. This section contained two new signature rides: Gobbler Getaway and The Voyage. 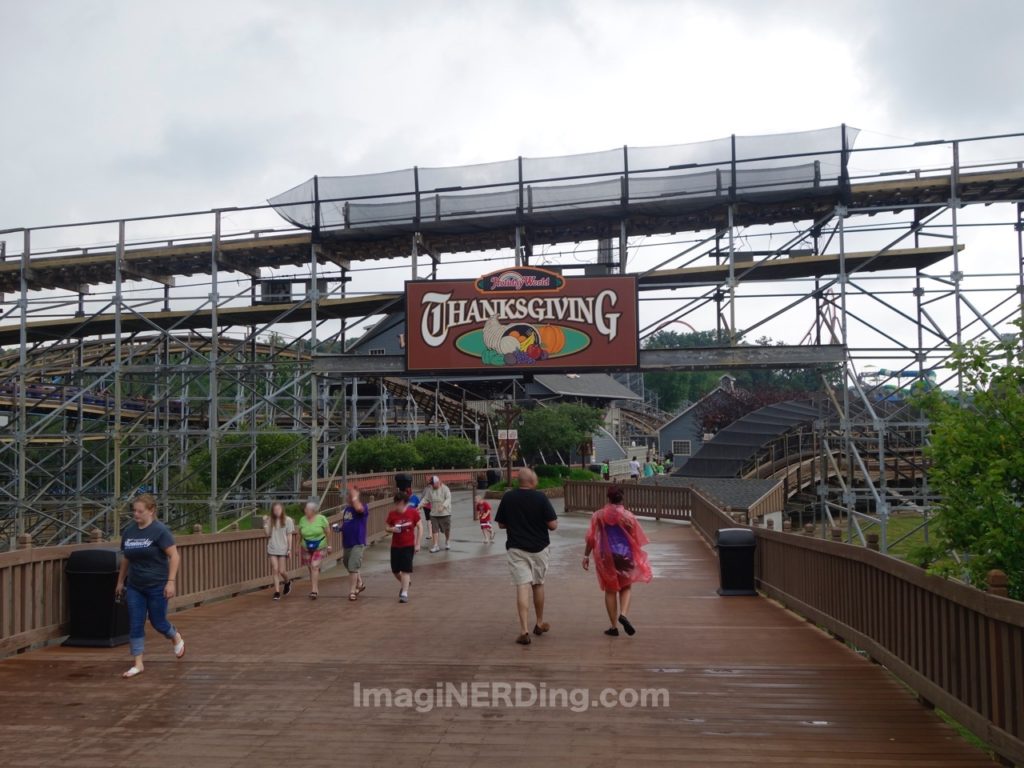 Gobbler Getaway is a completely charming and captivating dark ride by the Sally Corporation. It’s similar to Buzz Lightyear’s Space Ranger Spin (minus the spinning) except that you have to use your turkey callers to call the turkeys. It is a spectacular dark ride that was totally unexpected.

Sadly, in 2010, Will Koch, the president and CEO, passed away, His brother, Dan, served as president until 2012. At that point, the board of directors elected Matt Eckert as the new president and CEO. He’s the first non-family member to serve as president; the Koch family still owns the park and participates on a daily basis.

In 2015, Thunderbird opened. It’s the park’s first steel coaster and Thunderbird is the world’s first launched wing coaster. Of course, it’s a Bolliger & Mabillard Coaster, so you know it’s going to be pretty amazing.

Thunderbird is an amazing ride. It has a lot of unexpected moments and packs a lot of power with the launch. Like Raven, The Legend and The Voyage, it is a beautiful sight. Holiday World has four amazing roller coasters!

Overall, Holiday World is a fantastic family park that offers something for everyone. There are over 50 rides, 5 roller coasters and 29 water slides. Plus there’s unlimited free soda, sunscreen and wifi!

The park is more than charming, especially with the holiday-related theming. It’s not quite as extravagant as a Disney park, but it goes toe-to-toe with Dollywood and Busch Gardens Williamsburg for beauty and cleanliness. I do have to admit that all of the hosts were some of the friendliest that I’ve ever run across. They were always cheerful, knowledgeable and more than willing to spend time talking about the park or your visit. Kudos to the management for creating such a positive experience with the employees and the park.

Did I mention the amazing roller coasters?

With the roller coasters, various flat rides and water park, Holiday World offers something for every visitor. Most of the attractions are carnival-type flat rides that you’d see at an amusement park, but the holiday theming and overlays really add a lot to the experience. I can’t wait to see what Holiday World does next!

Have you had the chance to visit Holiday World & Splashin’ Safari?