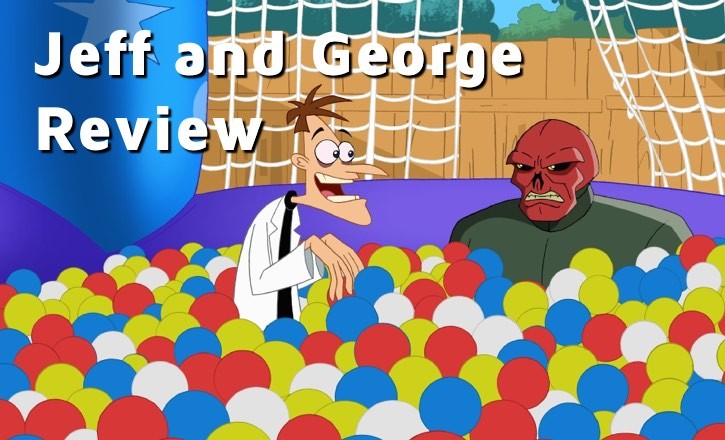 Phineas and Ferb Mission Marvel was released on DVD in October 2013. Jeff and George reviewed this DVD mashup on Communicore Weekly, during the initial release of the DVD.

George: It’s not hard to deny that Disney is well-known for synergy throughout their various divisions. Not pointing fingers, but sometimes the synergy just isn’t quite right. The release of Phineas and Ferb: Mission Marvel proves that, with the right story and characters, you can have a great mix of universes in spite of the evil connotation of Disney Synergy. I know that both of us, and our families, are huge Phineas and Ferb fans. It’s a show that combines great characters with fantastic music (sort of like Communicore Weekly). It’s also a show that has something for every age group.

Jeff: Agreed. I’ve loved Phineas and Ferb from the very first time I watched it. It was hilarious, it hit all the right notes, and it had something for everyone in the family. Combine that with some of my favorite Marvel characters, and you have a sure fire hit on your hands. Phineas and Ferb Mission Marvel is the first time Disney characters are interacting with Marvel universe, and I think this is the perfect example of a fantastic cross over.

George: The Phineas and Ferb Mission Marvel special is 45 minutes, which is slightly more than three normal P&F episodes. It premiered on the Disney Channel in August and unless you have it on your DVR, you’ll only be able to see it when Disney reruns it on the Disney Channel or Disney XD. Some people aren’t fans when Disney puts their oft-repeated shows on DVD, but Phineas and  Ferb is one of those great shows that you’ll watch over and over, especially Mission Marvel. Also included on the disc are other episodes: Fly on the Wall; Sidetracked; Primal Perry; Backyard Hodge Podge; Knot My Problem; and Mind Share.

Jeff: I wasn’t able to catch it on TV when it aired, but my son Alex did and loved it. Immediately after it ended, he asked me “Is this coming out on DVD?! I want to see it again!” So, needless to say, he was excited when it showed up. And further to the point, so was I. I was totally blown away by it. The humor was spot on, and it just seemed like the perfect mash up for this type of thing.

George: Speaking of humor, the best line ever written for television was spoken by Ferb. Any regular viewer of the show knows that Ferb is the tall, silent type that usually only gets a single line per episode. It’s usually pretty stoic, as well. This line references our favorite British sci-fi show that features a time traveling doctor.

Jeff: Regardless, I can’t recommend this more for people who enjoy not just Phineas and Ferb but also Marvel. As another one of my favorite British people might say “It’s practically perfect in every way.”

What did you think about Phineas and Ferb Mission Marvel?