Like Aftermath, there were clues to the new film, so I stayed away from them until after I saw the movie. The three books focus on the heroes of the original trilogy (Luke, Leia, Han and Chewbacca) and serve to bridge between the original Star Wars films. Overall, I enjoyed them, but I’m not sure if they’re for everyone.

The first step was trying to figure out if I needed to read them in any order, which, after reading them, you don’t have to. All three books are independent stories that happen between the films. Still, I read them in as close to an order as I could ascertain. I did decide to read Smuggler’s Run: A Han Solo and Chewbacca Adventure first, followed by The Weapon of a Jedi: A Luke Skywalker Adventure second, since they both happened before Moving Target.

This book takes place after the The Empire Strikes Back and before Return of the Jedi. My guess is actually takes place just a few weeks or months before Jedi. An interesting point of the story is that we see how Leia is able to begin the process of rescuing Han Solo from the vile clutches of the gangster Jabba the Hutt. But the majority of the book is a double-secret mission that leads to the attack on the new Death Star.

I did like this book but it still felt a little out of place in the Star Wars Universe to me. We do get to see Leia using her diplomatic skills and doing a lot of planning with the Rebel Alliance. But when she goes out on her mission, even though we know that her mission really can’t succeed, it’s still a different Leia that were not used to seeing. This is a Leia that is able to climb mountains, sort of, and engage in other activities. These are activities that we’ve not seen her be part of in the Star Wars Universe before. It’s not a bad thing, and I really liked that we saw a Princess Leia that was strong and willing to do what ever it takes. Even though sacrifice was involved, you saw how Leia worked through those issues, regardless of the outcomes. 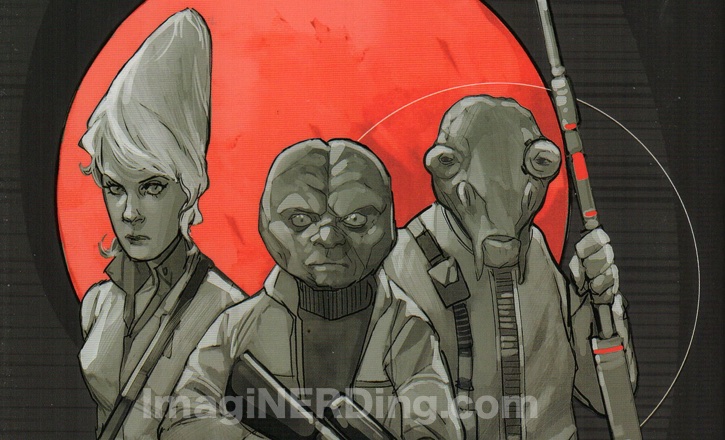 Overall, I really enjoyed the book but like The Weapon of a Jedi: a Luke Skywalker Adventure, I just didn’t ring as faithful to me. I still recommend Moving Target for Star Wars fans because it’s a fun read and we see a new side to Princess Leia. But you do have to look at them as being bridges between the films. You’re learning a little bit about the characters and learning things we may not have read or seen before.

What did you think about Moving Target: A Princess Leia Adventure?